"On the Trial of the Black" | An attempt to track corruption

Here is an extract form the recently launched book authored by Bibek Debroy and Kishore Arun Desai ‘On The Trail of the Black.’ This authoritative volume is a valuable reference to every citizen who dreams of a corruption-free India.

In short, in a country like India where judicial review and anti-corruption laws are already very strong, the marginal benefit of a law in these respects – mandating principles of fairness, providing remedies and prescribing penalties – is limited.

Of the four benefits mentioned above, the only real advantage that remains to be considered is the second one: that unlike executive orders such as the GFR, a law can bind not only low-level officials, but even the highest levels of the government. In examining this further, it is necessary to distinguish between parts of a ‘law’ that can be modified through delegated legislation and those which can only be modified with approval of the legislature. To the extent the ‘law’ is contained in delegated legislation (most of the US procurement law is in this form), it is almost as easy for the government of the day to modify it as it is to issue executive orders. However, delegated legislation has to be placed in Parliament whereas mere executive orders do not. This means, both in theory and in practice, there is a slightly but distinctly greater level of rigidity attached to rules. Portions of the law that require legislative approval are of course difficult for the executive to modify in the short run. Greater rigidity, ie reduced ability of government to relax procedure, is the only real difference between procurement law and executive instructions. 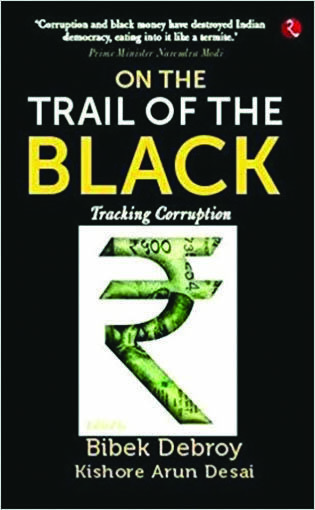 However, this very rigidity can be a cause of inefficiency. As it is, the requirements of transparency and fairness put the government at a disadvantage versus a private buyer in a game-theoretic sense. Information is power. The government is not allowed to conceal information and under the RTI Act can be compelled to disclose everything it knows sooner or later. It must follow a pre-set procedure. It cannot act unfairly. A private buyer, on the other hand, can simply refuse to deal with a vendor it dislikes for reasons of past bad performances in order to induce a better price or indeed on a mere whim, and is not required to state reasons. A private vendor to the government is not required to disclose anything beyond what is asked for and is not expected to be transparent about its costs. Nor is it, as a private citizen, held to any norms of fairness. A vendor to government can litigate repeatedly without becoming ineligible for future procurement. Poor performance is very difficult to establish to a judicial standard of proof, and judicial processes often take years. If public administration were totally honest and competent and there were no risk of corruption (and if the notion that ‘fairness as a good thing in itself ’ is ignored), transparent and fair public procurement procedures could actually end up costing the taxpayer money by weakening the bargaining power of the taxpayer’s agents.

Greater rigidity in procedure (the one true benefit of a law over instructions) can worsen this competitive disadvantage. It would raise the bar in terms of government’s obligations to show adherence to procedure. While price is quantifiable, quality differences between suppliers often cannot be ‘proven’ objectively to a judicial standard; suppliers may produce quality ‘good enough for government’. Substantiating poor or delayed execution to a judicially acceptable standard is also difficult and therefore, suppliers feel they can provide bad service without suffering in future procurement. Rigid rules can create difficulty in responding to changing circumstances or special situations. It was the absence of rules that enabled President Thomas Jefferson to purchase in 1803 (on a negotiated basis with no ‘transparency’) 828,000 square miles of land from France (the so-called Louisiana Purchase) doubling the size of the then United States, a decision which was questioned at the time.

Thus, while rigidity may reduce scope for abuse, it can also be a constraint on acting in the best interest of the public. If, to avoid rigidity, a provision for relaxation is included in the law, it allows for genuine cases, but also lends itself to misuse for improper reason and gets one back to the situation with executive instructions – a paradox which cannot be easily resolved.

Moreover, sophisticated forms of corruption are based on manipulation without procedural deviation and can coexist with a good law. Few of the instances of corruption in procurement have involved violations of procedure. Barring the very early laudatory reference from the World Bank a year after the law came into force in Tamil Nadu, there is no evidence – empirical or anecdotal – that corruption in procurement in Tamil Nadu or Karnataka is significantly less than at the central level or in states without a procurement law. Indeed, in conversations with the authors, civil servants who have worked in those states and in the Government of India stated that they do not see procurement in those states as less corrupt than procurement in the Government of India or other states.

In practice, therefore, the existence of a procurement law is neither a necessity nor a sufficient antidote to corruption. In India, where existing rules are quite sophisticated, corruption coexists with sophistication and typically occurs without violation of rules.