"Fire and Fury: Inside the Trump White House" | Trump’s sham to fame

The book that Trump dismissed, does indeed reveal a President in deep crisis, writes Saket Suman. “A f**king idiot”, “A f**king moron”, “A child”, “A dope” and “Dumb as sh*t” are some of the adjectives for US President Donald Trump, described by White House staff in a new book, which the President himself dismissed as, “a Fake Book, written by a totally discredited author”, while also directing his legal advisers to prevent its publication. The lawyers failed, but their efforts led the book to instantaneously scale the top of the bestseller charts. 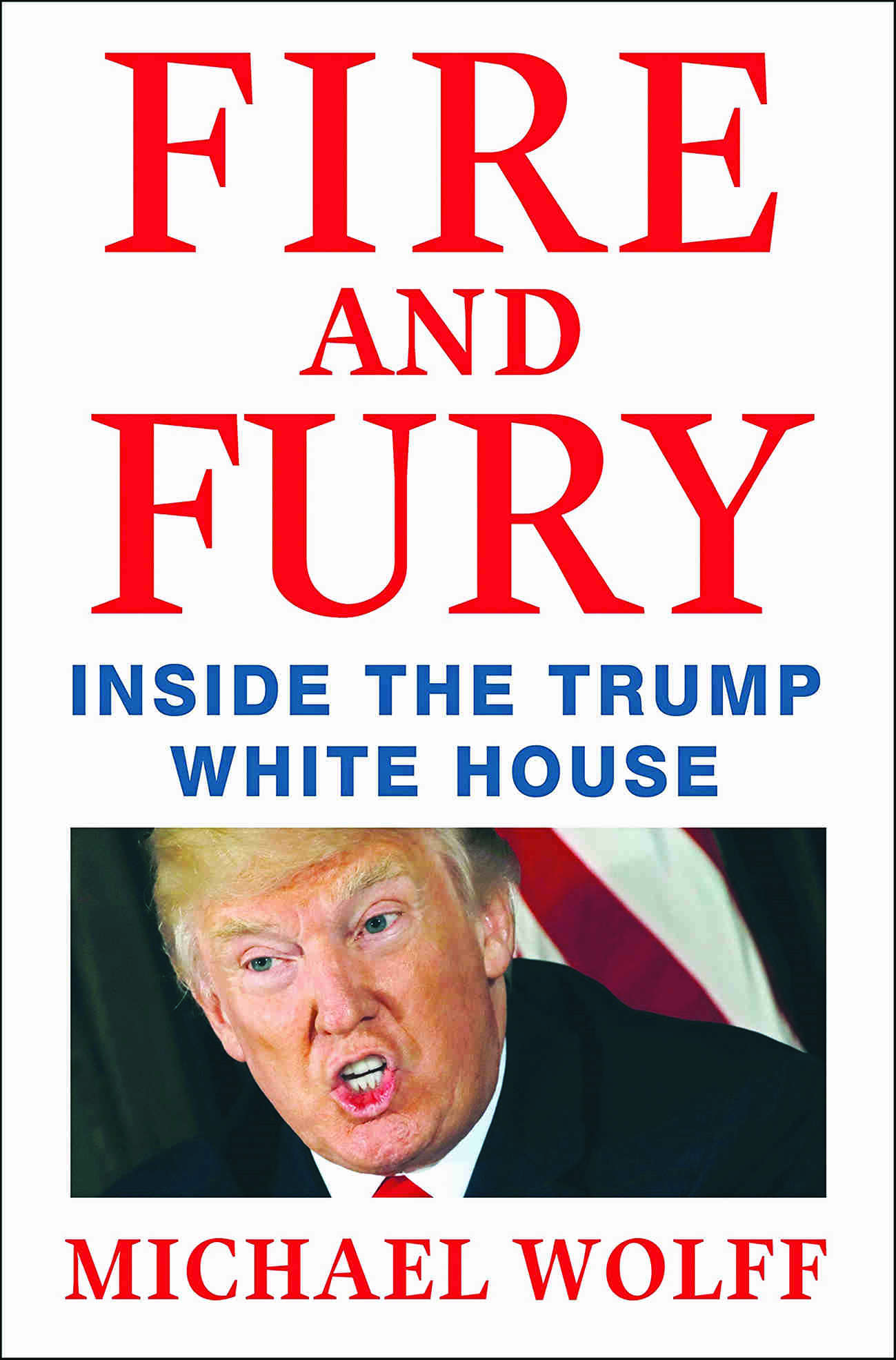 “Fire and Fury: Inside the Trump White House”, by Michael Wolff, was originally published by Little, Brown Book Group and has just hit the stands here through Hachette India.

The book begins on an interesting note, explaining what Trump’s team and Trump himself planned to do if he were to lose the elections. The author, who has interviewed many White House staffers and members of the Trump team, contends that Steve Bannon “would become the de facto head of the Tea Party movement”, Kellyanne Conway “would now be one of the leading conservative voices on cable news”, Reince Priebus and Katie Walsh “would get their Republican Party back”, Jared Kushner and Ivanka Trump “would have transformed themselves from relatively obscure rich kids into international celebrities”, and Melania Trump “could return to inconspicuously lunching”.

And as far as Donald Trump was concerned, the author says, he would become “the most famous man in the world” and would later launch Trump TV, a network by him, about him, and for the millions of people, he thought he understood better than the Republican Party. Wolff has devoted quite a long portion of the book to studying and analysing Trump’s campaign and reaches the conclusion that it was some sort of a racket, aimed at scoring money from rich guys with big egos. Ironically, according to the author, even the members of his team were not confident of tasting success.

“Almost everybody in the campaign, still an extremely small outfit, thought of themselves as a clear-eyed team, as realistic about their prospects as perhaps any in politics. The unspoken agreement among them: Not only would Donald Trump not be President, he should probably not be,” Wolff writes.

But that is not all. The author claims that most of the problems of the Trump administration today are a direct result of its weak foundations. He raises some serious questions in the book: Why release your tax returns if you’re never going to win? Why not collude with the Russians if you are more likely to build a hotel in Moscow than occupy the White House? Why focus on policies related to education and public healthcare if you are never going to win?

And, what after winning the election? “He had somehow won the race for President, but his brain seemed incapable of performing what would be essential tasks in his new job. He had no ability to plan and organise and pay attention and switch focus; he had never been able to tailor his behaviour to what the goals at hand reasonably required. On the most basic level, he simply could not link cause and effect,” writes the author. The key point rising out of the book is not that Trump’s ignorance is about the absence of knowledge but rather that ignorance is a part of his personality, and that scares Wolff.

The author quotes an internal White House email, apparently representing the views of Gary Cohn – Trump’s chief economic advisor – to establish this point: “It’s worse than you can imagine. An idiot surrounded by clowns. Trump won’t read anything – not one-page memos, not the brief policy papers; nothing. He gets up halfway through meetings with world leaders because he is bored.”

The book has its limits, nonetheless and the most important one is that it is based on very few sources. There seems no effort to have a counter perspective or account from somebody who does not share the same views about Trump. Wolff’s primary source for the book is Steve Bannon, Trump’s former chief strategist – many of the chapters proceed from his perspective, and the book ends when he leaves the White House.