The book is a refreshing Pakistani perspective on 'Pride and Prejudice' and more of Jane Austen’s creations, writes Vikas Datta. The heroines, living (or aspiring) to settle into stately homes in the class-conscious society of Regency Britain, as we meet in classical literature, may seem far distant in time, space and social mores to their contemporary counterparts in metropolitan Pakistan. But what if they turn out to be sisters under the skin? 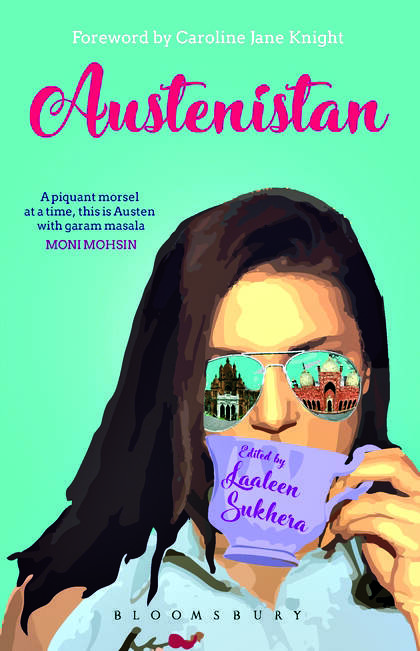 Could Elizabeth Bennet (of Jane Austen's "Pride and Prejudice"), or even her mother, have their equivalents in Islamabad; or Lady Susan (the heroine of Austen's eponymous novel) be as likely to be found in Lahore as London? And then, can Fitzwilliam Darcy only thrive in English climes?

Quite possibly, for "it is a truth universally acknowledged, that a single man in possession of a good fortune, must be in want of a wife." Pakistani women – and their mothers and close friends – know this truth very well, as Laaleen Sukhera and her Pakistani (and one Sri Lankan) collaborators show in this anthology.

The reason for Austen's global popularity is not so difficult to ascertain, given she was writing about women's dependence on an advantageous marriage for social standing and economic security, but also not negating love fully – which can be seen in patriarchal societies, like in the subcontinent.

As Caroline Jane Knight, a descendant of Jane's brother and founder of the Jane Austen Literacy Foundation, notes, in the foreword, that in "some countries readers experience similar predicaments to the women in Jane's novels, with limited rights, independence and earning opportunities."

While these are universal sentiments that readers may find familiar, credit goes to Sukhera, a Lahore-based media professional and founder of the Jane Austen Society of Pakistan, for adapting these immortal classics to "desi" conditions and sensibilities.

"Pride and Prejudice" takes the lion's share, inspiring five of these seven stories – identified for readers who have not read or forgotten Austen, with a telling quote from the work in question.

"Pride.." also underlies "Only the Deepest Love" of Lahore-based freelance journalist Sonya Rehman, with some typical – and not so typically exclusive – Pakistani motifs and a range of twists down till the end. It also inspires the poignant, "The Autumn Ball" by Sri Lankan scientist Gayathri Warnasuriya, which moves closer to Austen territory by including a ball instead of the Bollywood-bhangra dances in the rest.

But standing out – and both "Pride.."-inspired – are barrister Saniyya Gauhar's hilarious but heart-warming "The Mughal Empire" about a high society doyenne left in the cold when her brother's best friend (whom she had her eye on) marries a social climber, and Sukhera's own "On the Verge", which takes a society event blogger into Austen's own territory – an English manor house – where she meets a "Prince Charming" she never expected. Packed with high society weddings, supportive friends (both male and female), manipulative relatives and rivals, and a gamut of bon mots on contemporary Pakistani life, like "socialising in Islamabad is dead by boredom" and, "Being thirty-two and divorced in Karachi requires your dermatologist and personal trainer on speed dial", this is a work that is not only a tribute to Jane Austen, but literature at its most inspired. Thus, it will appeal to more than just her fans or romance aficionados.