"The Sleeping Tigers: A Revival Story" | Story of reviving PSEs

An effort by author Rana Som to generate hope among all those who nourish the notion that PSEs do not have any future, and if they are sick, they should be consigned to the oblivion. From being the Temples of Modern India, as once described by Pandit Jawaharlal Nehru, the central Public Sector Enterprises (PSEs) have come a long way in contributing to various aspects of the Indian economy and enriching the exchequer by billions of Rupees. But rapidly changing global economic dynamics, lethargic bureaucratic ways and a much slower and multi-layered decision-making process have rendered quite a few of them unviable.

This isn’t to say that all central PSEs in general have lagged behind, but it is evident that in comparison their private counterparts have flourished with a better fiscal discipline and a faster decision-making process. On paper, the financials of the public sector are quite impressive. In terms of volume the PSEs have a mammoth investment of nearly Rs 2 billion and registering a net profit of about Rs 11 billion with a total workforce of nearly 1.5 million people. But the hard fact is that out of 162 PSEs which are making profits, nearly half that number are incurring losses.

The reasons usually attributed for losses being incurred by the CPSEs are their failure to adapt to changing technologies and emerging market dynamics. Also, weak management, poor work culture, lack of investible resources and misguided policies have led to a situation where many PSEs have tamely surrendered to their fate and embraced sickness and closure. It needs to be emphasized that short tenure of their management, especially those on the top have traditionally prevented them from taking a long-term view of their respective companies. 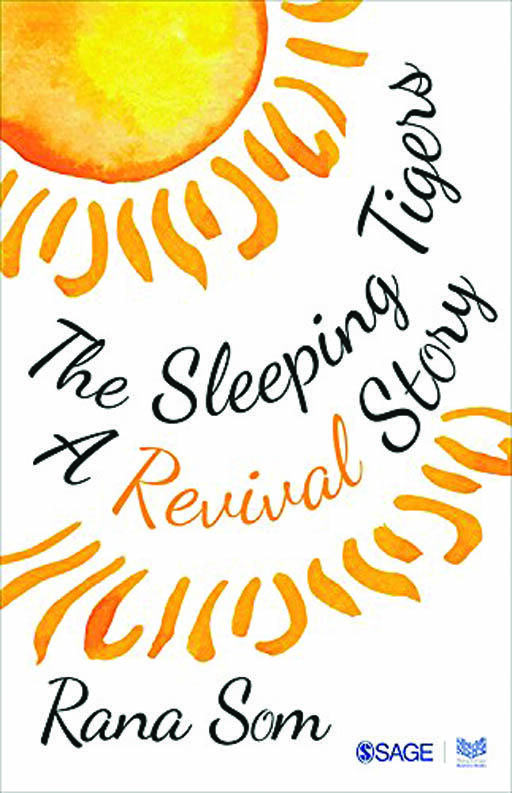 In his book ‘The Sleeping Tigers’, author Rana Som, who spearheaded the revival of two PSEs – Hindustan Copper Limited (HCL) and NMDC Limited, highlights that turning around PSEs is not an insurmountable exercise. In case of HCL, he bailed it out from the brink of closure and in the case of NMDC, he turned it into the country’s biggest iron ore miner. In a possibly first by an Indian miner, under his leadership the PSE enlarged its value chain by setting up a steel plant at Chhattisgarh. The author says the book is an effort by him to generate hope among all those who nourish the notion that PSEs do not have any future, and if they are sick, they should be consigned to the oblivion.

Som has made out a case that revival and renewal of a public-sector company with strong assets is much cheaper and easier than setting up new entities. He argues that motivating the workforce is an indispensable factor in changing the fortunes of any company. Also, equally important is to synchronize various activities and strengthening the coordination mechanism within an entity.

Recalling the days when he was entrusted by the government in November 2003 to revive the sick HCL, Som writes that when he assumed charge, the company had accumulated losses of Rs 7 billion and even though it was the only copper producing firm in the country, its marketing offices were closed down to reduce costs, and production of copper concentrates from its Khetri mines in Rajasthan was at an all-time low.

In turning around HCL, the author says stellar efforts in devising a turnaround strategy and working on it and prudent management of its finances ensured the company’s revival. Faster decision-making process is also of paramount importance for reviving any state-run entity. Most importantly, he says, a suave handling of the company’s trade unions and taking them on board on its revival saw the union leaders extending full cooperation and they also motivate the workforce to strive hard to deliver their fullest. The author argues that contrary to popular perception, the union leaders also expect the management to initiate steps in the right direction for running the PSEs as well as reviving them.

The book highlights that in case of NMDC, it was not sickness but rather stagnancy, which had stunted its growth. The firm had a comfortable bottom line, had a disciplined workforce and enjoyed the reputation of being the country’s biggest iron ore miner. So, in respect of NMDC, the turnaround was not applicable as in the case of HCL. However, Som points out that in the instant case, the challenge was to give a new direction to the company and help it wriggle out of stagnancy because stagnation leads to gradual decline.

The takeaways from the book includes a very reassuring contention that the trade unions are not unmanageable. All that is required is to put up the stark reality before them that the company is in a mess and the management needs cooperation. The author suggests that by taking the unions on board smoothened the revival process as the union leaders also took the onus on themselves to motivate the workforce in HCL. Another key takeaway from the book is that no expansion should take place at the cost of core competence. When a PSE expands into a new are of business, it should never be done at the expense of its existing business where its capabilities have been proven. To bolster his contention Som argues that while deciding on setting up a steel plant at Chhattisgarh, NMDC was mindful to ensure that its core business of mining should not suffer and investments and expansion in mining operations must continue as before.

Finally, investing not only on the workforce but also those of the community whose lives and aspirations to a large extent depend on an organisation, which influences them directly or indirectly is imperative.