The essays, divided into five areas not only go into the issues and problems of the topics they discuss but also take the perceptions about them, which can be as tough to tackle, writes Vikas Datta. Stretching from icy mountains to the boundless oceans and from arid deserts to tropical forests with more varied topography in between, India’s geographical diversity is well complemented by its political, religious and cultural plurality, and a variety of issues, problems and contradictions, both generic and specific, that have affected, and will continue to affect, the country’s course.

A free nation for seven decades now, India still faces contests over its “idea” of itself with the concept so far being challenged by a new dominant political force. A country which has managed to reach the Red Planet is still riven on the ground by social disparities and abuse. A nation which prides itself on a universal and well-integrated diaspora still has sections who distrust foreigners. 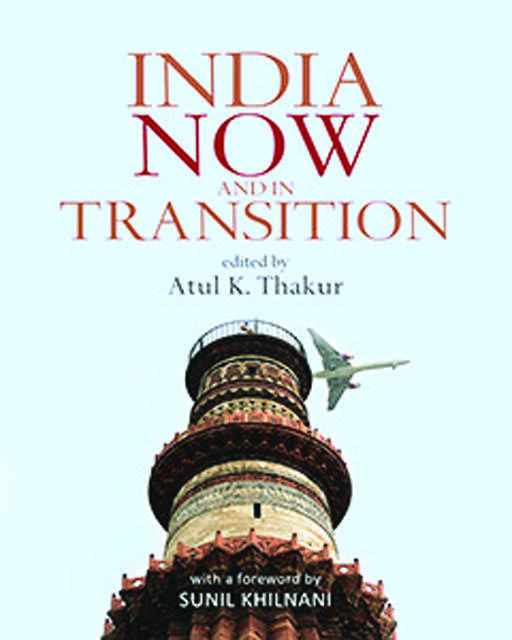 While Indians are making their name globally, there are still those – including ministers – who would seek to confine them to primal, parochial identities that arise from circumstances of birth rather than conscious choice. Any one who seeks to make sense of the country or frame projections where it is heading, or can head, have their work cut out for themselves – but that doesn’t stop many from the ambitious but necessary venture. Like public policy professional and writer Atul Thakur, who engages an eclectic ensemble of experts, established and emerging, to examine the future in all aspects.

Here politicians, bureaucrats and academicians are also joined by authors and journalists. For, as academician and author Sunil Khilnani observes in the foreword, “Where journalism and the social sciences are developed, professional fields designed above all to improve our judgment and choices, it behoves practitioners in those fields to offer us some illumination along the way.”

While some of the over three dozen essays included here have come out elsewhere earlier, they remain relevant and Thakur supplements them with many especially commissioned for this volume, the sequel to his ‘India Since 1947: Looking Back at a Modern Nation’ (2013). But the present work is not intended to be a “prognosis (which is often confused with prediction) but rather an inquiry into futures based on current happenings”, by maintaining a “causal linearity” to arrive at the “likeliest” scenario.

The essays, divided into five areas – politics and governance, economics and development, security and foreign policy, society and culture, and language and literature – not only go into the issues and problems of the topics they discuss but also take the perceptions about them, which, as brought out, can be as tough to tackle.

In the first section, Ramchandra Guha sets the pace with an illuminating exposition on selecting the greatest Indians and Shashi Tharoor weighs in on Dr Ambedkar’s contribution. But compelling reading here is Singapore-based academician Robin Jeffrey’s penetrating pitch about the chequered course of land reforms in India and its impact on the realty sector.

Two bureaucratic contributions also stand out. TSR Subramanian, a well-regarded Chief Secretary in Uttar Pradesh before he rose to become Cabinet Secretary, gives a well-reasoned overview of corruption, and Wajahat Habibullah, who served extensively in Jammu and Kashmir, writes about the troubled state’s future with insight and passion but is not too optimistic on the future.

One of the outstanding contributions is in the social and culture component, where journalist Daipayan Halder brings out the “subaltern voice”, of the Dalits specifically, in a riveting piece that will challenge our perceptions of our progress on the equality issue despite the Constitution’s high ideals and the pious protestations of politicians of all shades. Other sections also have absorbing entries.

In all, it is a valuable compendium of well-reasoned, persuasive (but never dogmatic) and jargon-free views on a host of major issues – and this is important. For these are not just the provinces of the government to be confronted but also need discussion at the citizens’ level.