The book critically examines the policies, programmes, laws and schemes that have been unfurled by the state to improve the situation – it contextualises the debate, developments and disagreements that exist in the field by using a feminist theoretical lens; writes Narendra Kumar Bijayalaxmi Nanda is a well-known academician in India who has worked extensively on women’s rights and the rights of the Girl child. She has been published extensively and contributed to policy documents associated with girl-child and women. Her publications include Discourse on Rights in India: Debates and Dilemmas (Co-editor), Sex-Selective Abortion and the State: Policies, Laws and Institutions in India, Understanding Social Inequality: Concerns of Human Rights, Gender and Environment and Human Rights and Gender and Environment. She also has numerous articles in reputed journals to her credit.

She is a recipient of the ICSSR Doctoral fellowship and has been bestowed the Teacher’s Excellence award by University of Delhi as a recognition of being an educationist par excellence. She is also at the helm of affairs at Miranda House University of Delhi, the country’s leading college as its Principal. 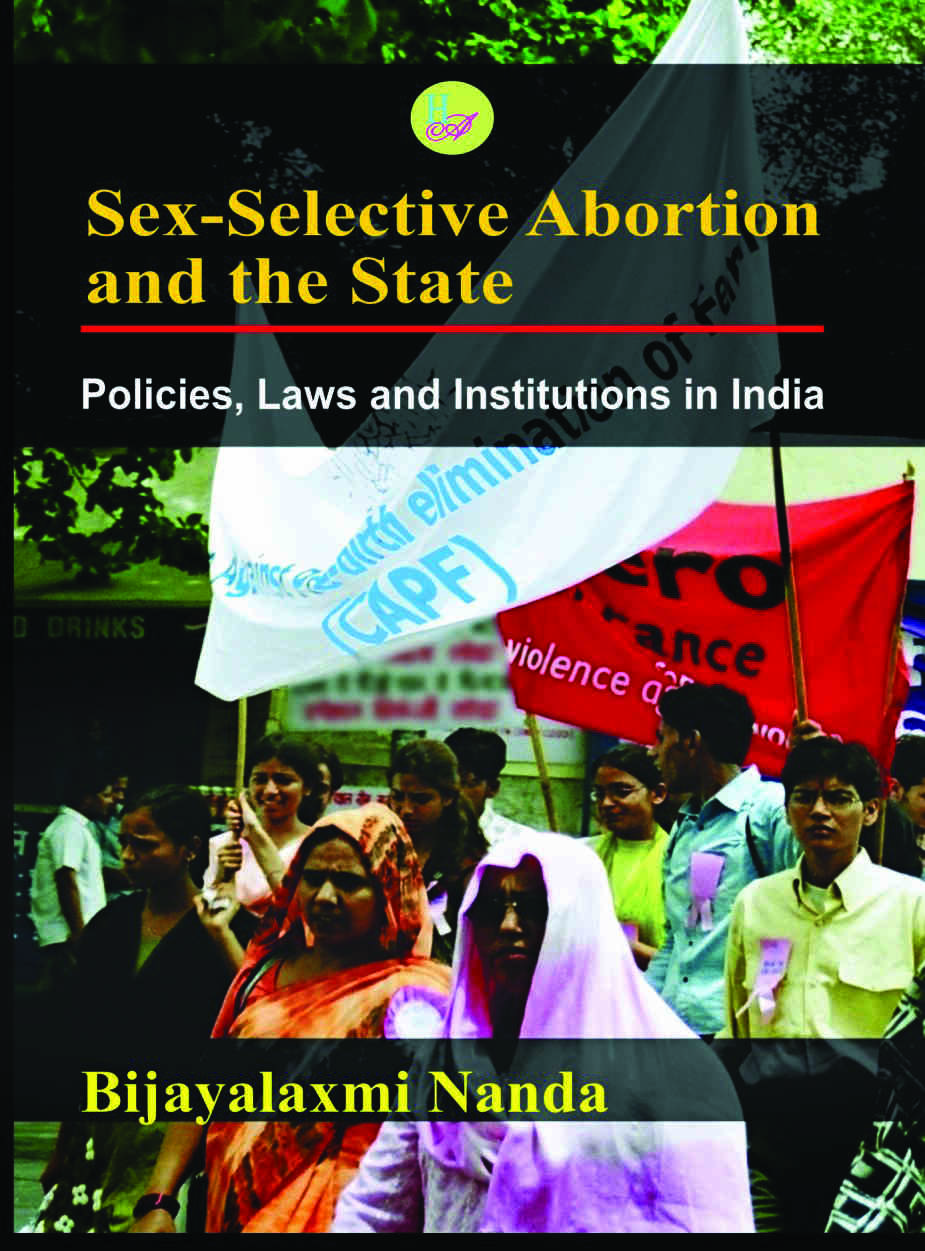 The book Sex-Selective Abortion and the State: Policies laws and Institutions in India is an incisive analysis of the countering of gender discrimination by the Indian State. It raises the critical issue of daughter aversion in India manifested by the declining number of girls in the Indian population. Well documented with in-depth empirical and qualitative research the book has significant policy implications. The state and society in India today are grappling with the issue of sex-selective abortion and the concerns of the girl-child and women while systemic solutions continue to elude them. This book is a must read for all who are interested to initiate change in this field.

The book has been published by Shakti Books – a series devoted to representing the range of issues pertaining to gender and its overlapping and intersectional concerns and issues. Nanda is also the general editor of the series and brings in her academic, research and editing strengths together to provide it a multi-disciplinary outlook with a specific focus on the contemporary concerns of women, both in the urban and rural contexts in India. The series has published five books which have received critical acclaim and attention. Apart from Dr. Nanda’s book, the other publications are: Ambrosia Sides, a collection of poems by Abhijita Kulshrestha; Navigating Pakistani Feminism by Aisha Sarwari, a Pakistani feminist author; May I have Your Attention Please by Madhu Bala Nath; and Lakshmi the Rebel: Culture, Economy And Women’s Agency by Bidyut Mohanty.

Under her initiative Shakti Books will also be launching a journal on gender issues in collaboration with well-known educational institutions in India. HarAnand Publishers, of which Shakti Books is an imprint, is also planning to start a foundation on Girl Child Education where Bijayalaxmi Nanda will play a significant role.

She has been spearheading a campaign called Campaign Against Pre-birth Elimination of Females (CAPF) against declining child sex ratio in India since 2002. She is actively associated with a number of government and non-government organisations as advisor on gender, policy and advocacy programmes for the youth. She supports the One Billion Rising – the global campaign on violence against women and the Centre for Advocacy and Research (CFAR) on their various programmes. She is a member of the Academic Stand Against Poverty (ASAP), a global body of academics developing ways to collaborate on issues of poverty and a member of the civil society network, Girls Count.

She has assisted various state governments in drafting policy related to women and girl child. As a policy analyst she has extensively analysed the public policies relating to family planning, human trafficking, Conditional Cash Transfers for the girl-child, housing for women, etc. In addition, she has provided technical assistance on gender issues to UNFPA, UNDP, and WHO, apart from a score of Non-Government Organizations in India. She is the Project Director of the ICSSR Research Programme on ‘Violence Against Women and Declining Child Sex Ratio: Examining Girl-Child Discrimination in India’.

She has been a member of the Advisory Committee on PC-PNDT Act of the Government of NCT of Delhi. She was research advisor to the National Commission for Women (NCW), in the past. She has been a member of the core committee on the Issue of sex- selective abortion, Ministry of Health & Family Welfare, Government of India. She is the former presiding officer of Internal Complaints Committee (ICC) of Miranda House for the prevention of sexual harassment. She is also the external member of IIC of two organisations-Johnson and Mathey and Clinton Health Access Initiative (CHAI).

She has extensively travelled in India and abroad in connection with her academic, research and activist pursuits, including to the USA, the UK, France, Belgium, Sweden, Brazil, Bangladesh and Nepal. She has attended the Academic Forum at the India, Brazil & South Africa (IBSA) Summit at Brasilia, Brazil in 2010. and in the NGO Panel of the 60th session of the Commission on Status of Women (CSW60) at the United Nations Headquarters in New York in 2016.