"Nambiarswami: The Good, the Bad and the Holy" | Between the reel & real

Traversing both the private and public, this book packs a thrilling journey through the life of legendry Tamil actor M N Nambiar; writes Sayantan Ghosh Written by grandson Dipak Nambiar, this book on the life of noted Tamil actor M N Nambiar carefully captures the personality of the artistic genius, highlighting both his reel and real personalities. Released on the occasion of his birth centenary, the book carries a foreword by former Tamil Nadu chief minister Jayalalithaa, who, in her heydays, had starred alongside Nambiar in a number of films. She describes him as ‘pure-hearted’. 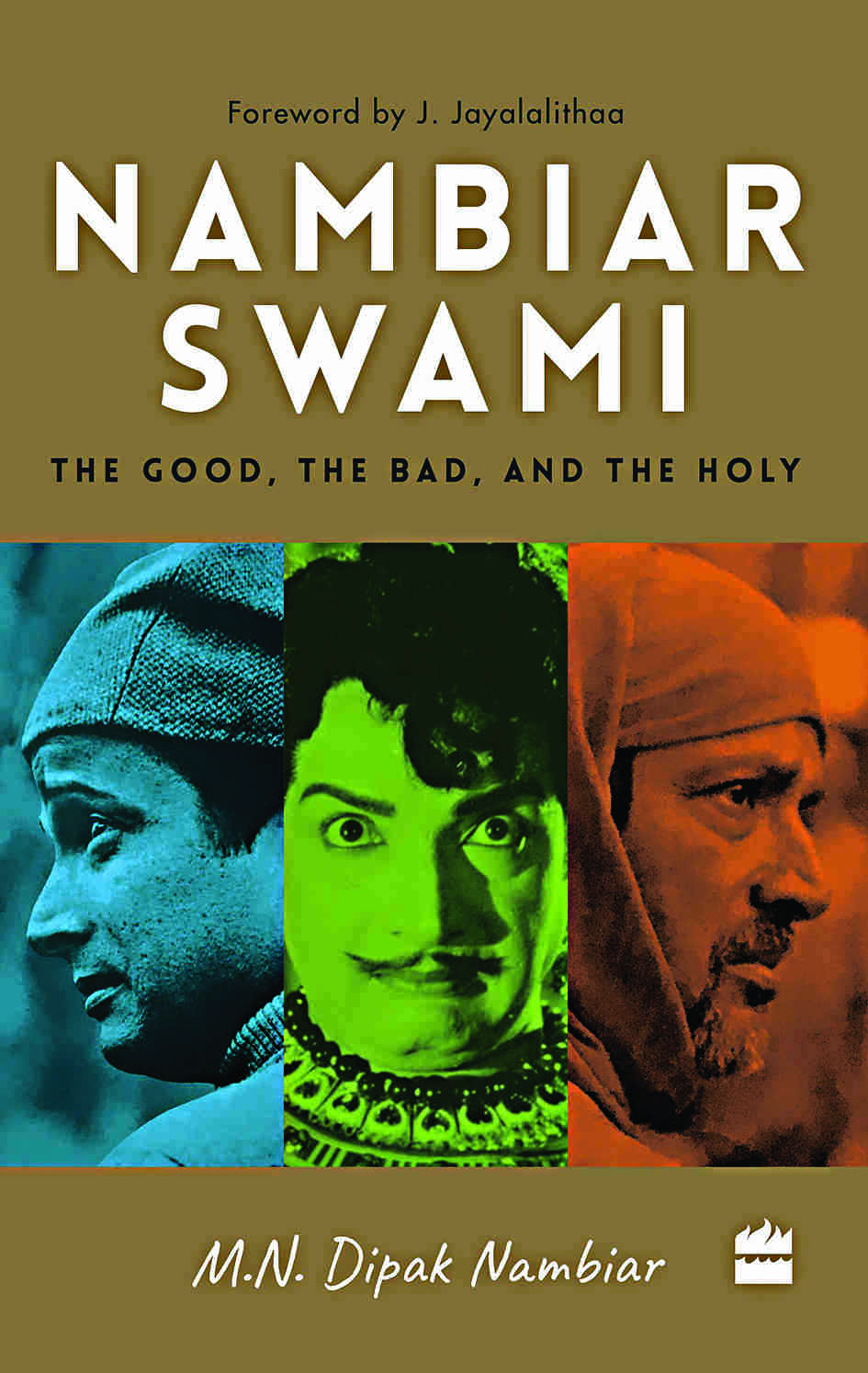 The book will transport readers on a pleasant journey through M N Nambiar’s life – his impoverished childhood, struggles in drama, transitioning to movies and finding stardom, and lastly, his devotion to his wife Rugmini and Lord Ayyappa.

Few actors in Tamil cinema have been as loved as M N Nambiar. Admired for his intense acting prowess, particularly in his screen portrayals of villains, he was also revered as a guruswami (spiritual leader).

The author in Nambiar Swami provides an in-depth look into his grandfather’s public persona and personal life, which he fastidiously distinguished. From growing up in Ooty and joining the gritty world of travelling drama troupes to achieving stellar success in the Tamil film industry, this book takes the reader on an engaging journey narrated by the man himself, as told to his grandson Dipak Nambiar. The foreword by Jayalalithaa and stirring anecdotes from his family and industry friends together make this book a fascinating portrait of the great actor who was equally adept in his roles as a hero and a villain while being widely respected as a spiritual man.

To keep a fair balance between the reel and real lives of Nambiar, the author has divided the chapters of the book following the sequence of his life. The first chapter, titled ‘The Book’, narrates the outline of Nambiar’s childhood and early adolescence. “The village of Cheruvaishi is located a half hour’s brisk walk from Kannur in the Northern part of Kerala. The heart of the Malabar, it is a place that even the city slickers of Kannur would deem far away. The land is picture perfect, it is green throughout the year and the views are tremendous,” writes the author.

The anecdotes and nuances surrounding Nambiar’s life that are described in this book are indeed special. Readers, who are also the audience, tend to garner special interest in the veiled off-screen lives of their heroes. This book allows readers to experience a star with the appearance of a common man – this is much unlike other biographies of actors. For example, the author writes, “My mischief was condoned on most occasions by the headmaster, who’d help himself to the unsold goods my sister had in her shop at the end of the day, like puffs and samosas – all free of cost, of course.”

Another important aspect of this book is the collection of stories of Nambiar’s relationships with his co-actors like MGR. Today, the film industry is brimming with unhealthy competition, vicious mockery and humiliation; earlier though, the stories were different. These insights into their personal relationships bring a breath of fresh air for readers. The author writes, “The success of Velaikkari (1949), written by C N Annadurai, where I played two roles – a rich man’s son in love with the poor housemaid, as well as a lecherous guru – was largely instrumental in burnishing my image as a bad man with the masses. The movie, with MGR in the lead, was well received and proved to be a roaring success. Perhaps it was because of this movie, but the offers that came my way thereafter were all for negative roles.”

The author has also maintained first person narration through the book, making the experience of reading more palpable and personal. But this book is not a memoir, neither is it fiction or non-fiction; it is a travelogue, taking readers on a journey of Nambiar’s many hued-life. Packed with intimate sketches, glimpses of the past, the sudden warmth of relationships, along with the humility of a star who was loved by all – this book is very much like a film. Different stories that are have been bound in a time frame.

Lastly, for readers who are not familiar with this veteran Tamil actor, this book is a universe of interpretation and expression. It is most relevant to the legacy of Indian cinema.