"Besharam: Of Love and Other Bad Behaviours" | Being an Indian Woman Being a female in any religion, community or part of the world, we have to follow a set of societal norms – the guidelines of being a good ‘sanskari’ girl. Defying all such rules, ‘Besharam: Of Love and Other Bad Behaviours’, a collection of essays written by Priya Alika Elias, attempts to focus on various things which women need to know, and were never explained or wrongly portrayed to them. The long-lists of expectations from women seems never ending in a patriarchal society. Written from personal observation, the book also addresses the taboos around different spheres in women’s life – sex, love, and dating in a world that’s changing with extraordinary rapidity. 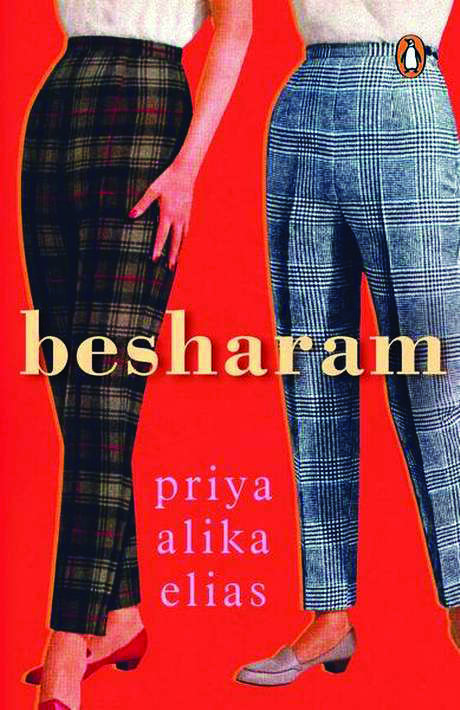 Through the title and cover, the author makes it clear that this book is not scared of judgments, and welcomes women with a different perspective, who are often termed as ‘besharam’ in this society. The cover depicts two legs of woman in pants – a phenomenon which is still regarded as a threat to Indian culture by a large mass.

The author, inspired by feminist literature, has penned a narrative that teaches a woman to live unapologetically especially in the countries with cultural silence. Published by Penguin Random House India, the book’s title and cover justifies the content inside and also gives a gist of what the book has to offer inside. Publisher, readers, and critics agree to the fact that this book is like an encyclopedia or a really good elder sister that teaches young Indian women something that they almost never hear: it’s okay to put ourselves first and not feel guilty for it.

As women, we are always taught to adjust, compromise and understand. With this book, the author – who is a lawyer and a writer, and has written for several reputed publications – divides the book into seven segments like hurt, judgment and culture, to name a few, gives a peep into progressive feminism for the modern Indian woman. A lot of Elias’ early upbringing was about what girls ‘should’ and ‘shouldn’t’ do.

In this book, she has attempted to pen down all her thoughts and understandings of how the society functions, how the society outlooks women, good and bad interactions with men in India, and a lot more from the time she was studying for 10 years in the US, to coming back to India.

The book acts a medium that will help many young women understand their inner-self and stand against the vicious cycle set by men for women in order to protect them from men. With women achieving great heights in modern times, there stands no reason for a woman to abide these patriarchal norms created by men for men.