"Open Embrace: India-US Ties in the Age of Modi and Trump" | Behind the Modi-Trump embrace

With a combined focus on fostering patriotism, Trump and Modi may have altered the course of Indo-US diplomatic relations, argues Arun Kumar 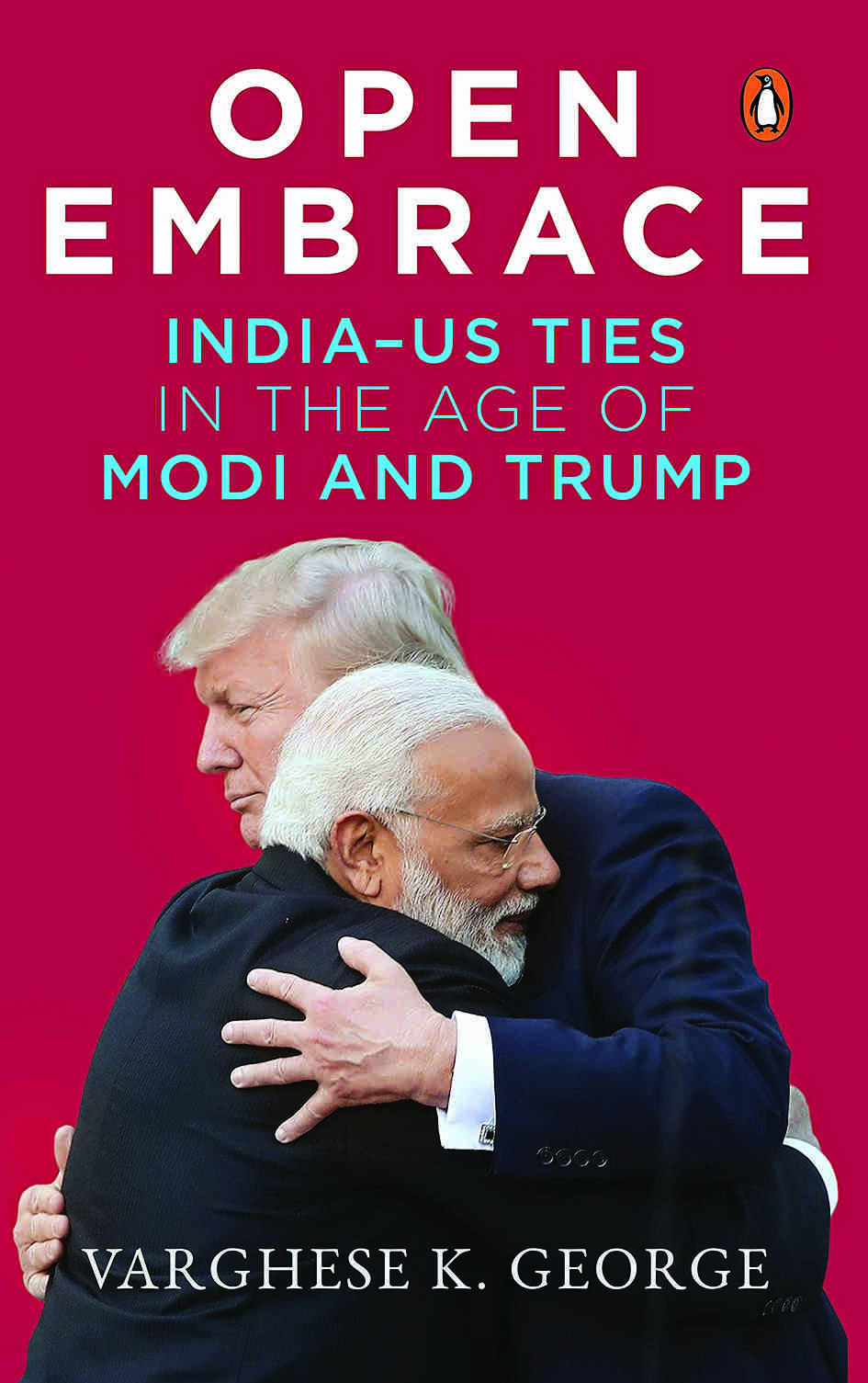 That's the premise on which Varghese George, US correspondent for The Hindu, has tailored his book to suggest that the Modi-Trump brand of politics is likely to continue to shape India and America and their relations long after they have gone.

Like a lawyer's brief, he has marshalled arguments with painstaking research to back his theory. But in the absence of counter-arguments, it often seems a stretch. For instance, Trump, he suggests, has sought to make a critical change to the racial politics of America, somewhat like what Modi has done to caste politics in India. And both are also clear about a “global civilizational alliance”. While previous Indian Prime Ministers, including the Bharatiya Janata Party's (BJP) Atal Bihari Vajpayee, sought to package changes in Indian foreign policy directions as improvements, both Modi and Trump keep projecting themselves as changers even when nothing changes.

But unlike Trump, who has spawned “resistance” at home, this prospect of change seen in Modi's speech to Congress about US and India overcoming “hesitations of history” has united lovers and haters of Obama and Trump in fractious Washington in admiring Modi.

If the Modi-Obama hugs fostered a joint strategic vision to challenge China in the Indo-Pacific and the Indian Ocean region, his bonhomie with Trump was seen in America as an “open embrace” for resisting “China and setting the global agenda”, says George. But unlike “greenhorn” Trump, who has no ideological moorings, Modi's world view must be influenced by what George calls a Hindutva Strategic Doctrine.

This doctrine, according to George, imagines India to be a natural homeland of all Hindus with refugees from other religions seen as “infiltrators”. Trump too has sought to make a similar distinction between Christian and Muslim refugees seeking asylum in the US.

While US-India relations have been on an upward trajectory since the lifting of post-nuclear test sanctions, George suggests Trump and Modi are likely to build a relationship that will bring India and America too close for comfort.

The author also makes a very valid point that the charge of a Russian hand in getting Trump elected has not only undermined his authority, but an anti-Russian hysteria, fuelled by the mainstream media, has also gripped the American traditional strategic community. Trump and the American establishment undermine each other on relations with Russia and Iran, cumulatively weakening America's position in Afghanistan as well, he suggests. This has also affected India-US relations.

Interestingly, George recalls how after touring across the US, he and another Indian journalist chose to go to the Trump election headquarters on election day when pollsters, pundits and the press were predicting a Hillary Clinton win.

Apparently, sometimes it takes an outsider to see clearly.