"Upheaval: How Nations Cope with Crisis and Change" | As nations become Why did the Finnish army prevail for so long in defending itself against the Soviet army’s overwhelming advantages of numbers and of equipment? One reason was motivation: Finnish soldiers understood that they were fighting for their families, their country, and their independence, and they were willing to die for those goals. For example, when Soviet forces were advancing across the frozen Gulf of Finland, which was defended only by small groups of Finnish soldiers on islands in the gulf, the Finnish defenders were told that there would be no means of rescuing them: they should stay on those islands and kill as many Soviets as possible before they themselves were killed; and they did. Second, Finnish soldiers were accustomed to living and skiing in Finnish forests in the winter, and they were familiar with the terrain on which they were fighting. 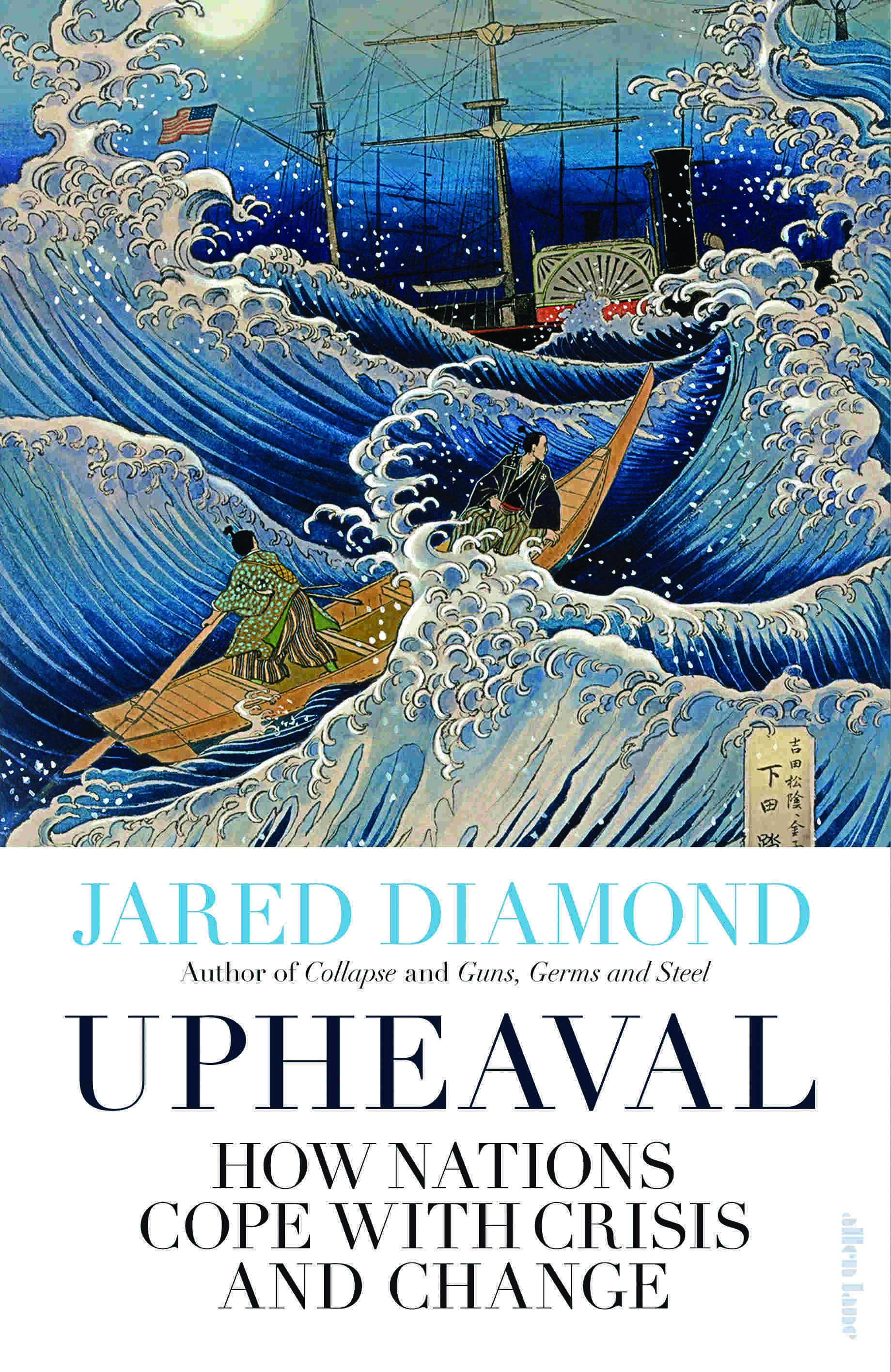 Third, Finnish soldiers were equipped with clothing, boots, tents, and guns suitable for Finnish winters, but Soviet soldiers were not. Finally, the Finnish army, like the Israeli army today, was effective far out of proportion to its numbers, because of its informality that emphasized soldiers’ taking initiative and making their own decisions rather than blindly obeying orders.

But the tenacity and temporary successes of the Finnish army were just buying time. With the expected melting of the winter ice and snow in the spring, the Soviet Union could finally put its numerical and equipment superiority to use in advancing across the Karelian Isthmus and across the Gulf of Finland. Finland’s hopes depended upon receiving assistance of volunteers, equipment, and army units from other countries. What was happening on that diplomatic front?

Widespread sympathy for little Finland bravely fighting the big Soviet aggressor inspired 12,000 foreign volunteers, mostly from Sweden, to come to Finland to fight. But most of those volunteers had not yet completed their military training by the time that the war ended. Some countries sent military equipment, of varying degrees of usefulness. For example, one Finnish veteran told me of old artillery pieces, dating from World War One, that were sent from Italy. When one shoots a projectile from an artillery piece, the gun recoils backwards, so it must be secured on a strong mounting. Each artillery piece requires not only a gunner at the gun itself, but also someone called a spotter stationed some distance in front of the gun, in order to spot where the shell lands and thereby to correct the range setting for the next shot. But, according to my 7 5 veteran friend, those old Italian artillery pieces were so poorly designed for absorbing recoil that each gun required two spotters: one, the usual spotter in front of the gun, to watch where the shell landed; plus another spotter behind the gun, to see where the gun landed!

Realistically, the only countries from which Finland had any hopes of receiving many troops and/or supplies were Sweden, Germany, Britain, France, and the U.S. Neighboring Sweden, although closely connected to Finland through long shared history and shared culture, refused to send troops out of fear of becoming embroiled in war with the Soviet Union. While Germany had sent troops to support Finnish independence and had long-standing ties of culture and friendship with Finland, Hitler was unwilling to violate the Molotov- Ribbentrop Pact by helping Finland. The U.S. was far away, and President Roosevelt’s hands were tied by U.S. neutrality rules resulting from decades of American isolationist policies.

That left only Britain and France as realistic sources of help. Britain and France did eventually offer to send troops. But both were already at war with Germany, and that war was the overwhelming preoccupation of the British and French governments, which could not permit anything else to interfere with that goal. Germany was importing much of its iron ore from neutral Sweden. Much of that ore was being exported from Sweden across Norway by railroad to the ice-free Norwegian port of Narvik, and then by ship to Germany. What Britain and France really wanted was to gain control of the Swedish iron fields, and to interrupt the ship traffic from Narvik. Their offer to send troops across neutral Norway and Sweden to help Finland was just a pretext for achieving those true aims.

Hence while the British and French governments offered help to Finland in the form of tens of thousands of troops, it turned out that most of those troops would be stationed at Narvik and along the Narvik railroad and in the Swedish iron fields. Only a tiny fraction of those troops would actually reach Finland. Even those stationings of troops would of course require the permission of the Norwegian and Swedish governments, which were remaining neutral and refused permission.

In January 1940 the Soviet Union finally began to digest the lessons of its horrifying troop losses and military defeats in December. Stalin disowned the puppet Finnish government that he had set up under the Finnish communist leader Kuusinen. That meant that Stalin was no longer refusing to acknowledge the real Finnish government, which sent out peace feelers. The Soviets stopped wasting effort on their attempts to cut Finland at the waist, and instead assembled huge concentrations of troops and artillery and tanks on the Karelian Isthmus, where the open terrain favored the Soviets. Finnish soldiers had been fighting continually at the fronts for two months and were exhausted, while the Soviet Union could throw in unlimited fresh reserves.

...Why, in March 1940, did Stalin not order the Soviet army to keep advancing and to occupy all of Finland? One reason was that the fierce Finnish resistance had made clear that a further advance would continue to be slow and painful and costly to the Soviet Union, which now had much bigger problems to deal with — namely, the problems of reorganizing its army and re-arming to prepare for a German attack. The poor performance of the huge Soviet army against the tiny Finnish army had been a big embarrassment to the Soviet Union: about eight Soviet soldiers killed for every Finn killed. The longer a war with Finland went on, the higher was the risk of British and French intervention, which would drag the Soviet Union into war with those countries and invite a British/French attack on Soviet oil fields in the Caucasus. Some authors concluded that the harsh March 1940 peace terms demonstrate that the Finns should indeed have accepted the milder terms demanded by Stalin in October 1939. But Russian archives opened in the 1990’s confirmed Finns’ wartime suspicion: the Soviet Union would have taken advantage of those milder territorial gains and the resulting breaching of the Finnish defense line in October 1939 in order to achieve its intent of taking over all of Finland, just as it did to the three Baltic Republics in 1940. It took the Finns’ fierce resistance and willingness to die, and the slowness and cost of the war against Finland, to convince the Soviet Union not to try to conquer all of Finland in March 1940.

(Excerpted with permission from Upheaval: How Nations Cope with Crisis and Change, written by Jared Diamond, published by Penguin. The excerpt here is a part of a chapter titled, ‘Finland’s War with the Soviet Union’.)