Top
Home > Book Review > An Iconoclast and his craft

"Miss Laila, Armed and Dangerous" | An Iconoclast and his craft

Marked with astute observation and sprinkled with some cynicism, Manu Joseph’s writings are a respite from mediocrity with a world of fresh perspective, discusses Shreya Garg Can a naïve and unsullied person have potent powers to see the world through a vicariously stimulated experience? How can one happen to resonate others through his writings, so much so that a person begins to concur to everything said or written without having any first-hand experience? Or is it the potentness of the writer whose writings are so organically written with an undainted perception that he can actually influence one’s viewpoint – especially in the case of an unworldly person, for a simple reason that his writings correspond to the reality or organic instincts of people? 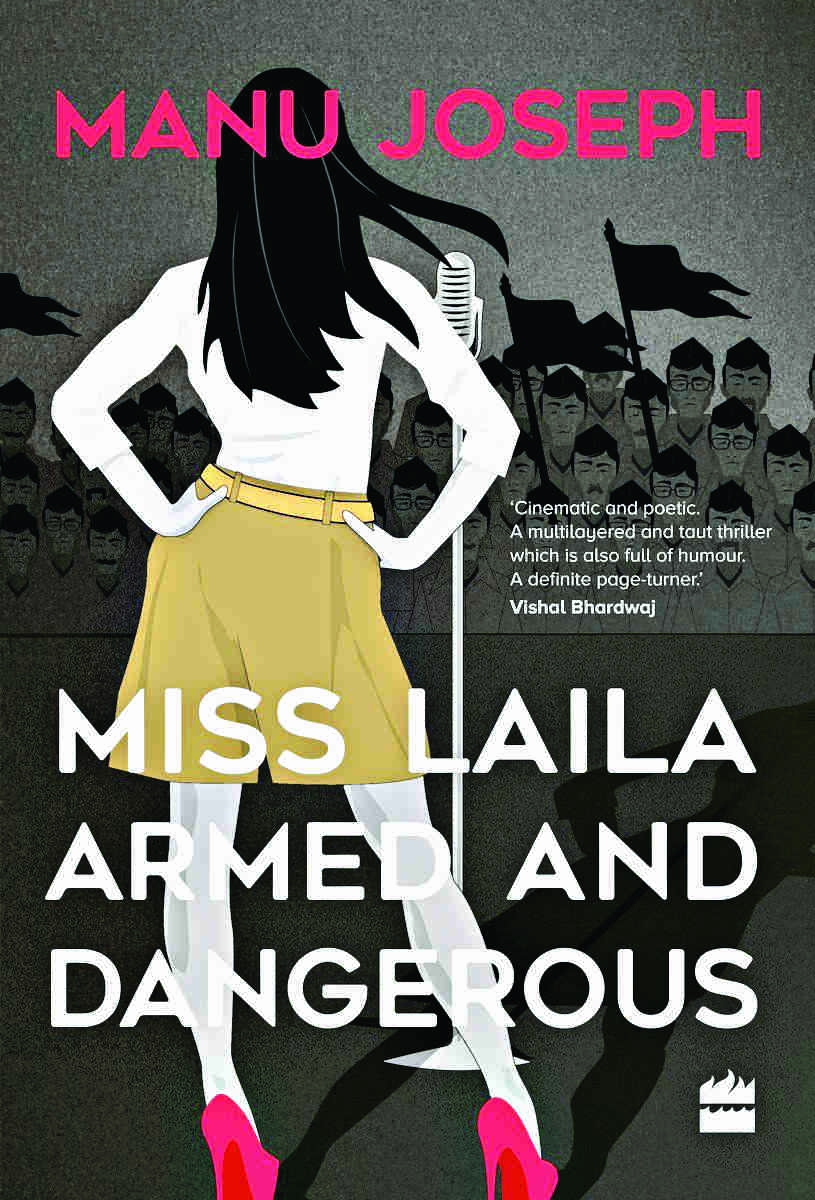 Manu Joseph, often addressed as an equal opportunity offender, could be viewed as a cynical person by some; but one with an undainted perception, realness and conscience still intact would probably view him as someone who makes a lot of sense and seems to adhere to no conventional stands in life. However, one who might view him as a whiner or a lamenter is seriously mistaken. What is wrong with somebody reflecting on the instances of farce and facade, be it in the people, institutions or society at large? Well, maybe his sardonic mocking of left, right and centre could be construed as his muse and for readers, a means of seeing things in a different light.

From a coerced misanthrope owing to his given social milieu to a misanthrope now for real, he says, “Yes, it was a good toss to lose. It is not that I had no roots at all. My mother brought me up to be moral and tried to make me religious. My sister showed me family can be fun. But what I figured early on is that people don’t really care if you have suffered a misfortune. What the world respects is luck – your luck and their luck. They give respectable names to this luck. And that’s all there is to it. This understanding makes you cut all the bullsh*t that the world throws at you and see the heart of the matter.”

Once, he remarked in one of his interviews that he sometimes regrets rejecting many of his friends and losing out on many years of life, citing that “my prompt reply was my own philosophy that I abide by, which is to enjoy the company of the friends and many cheap frivolous thrills concomitant to that but not mentally accept them.” Although, it’s not something calibrated or deliberate but again an intrinsic way of how to function. Call it some other level of detachment, probably a smart one at that, for one gets to enjoy life and, yet, be intrinsically detached.

Why is easy so breezy but unpalatable most of the time? And yet, many of us tend to invest on that rather than the complex and heady. Despite this awful fact, one would wonder why a man is not ready to give up one aspect of his writing if it could fetch him substantially more readers? The one aspect here being referred to is his style of writing. His style of writing makes it difficult for masses to read his columns or books; some even post reviews where they question his inability to use simple words instead of go-to dictionary words. What’s holding him up when confronted against talking down a little to make reading an easy if not a facile exercise for many of his prospective readers? He says, “I really do believe that I write very simply and that only when I write poorly am I dense.”

However, it is a splendid treat for some of his readers to read his writings, be it his columns or novels. It is kind of ironic that though his books do not belong to the comedy genre, so to speak, yet he manages to entertain and exhilarate his readers than writers who write comedy (supposedly). To this, he responds, “In my view, there is a type of humour that is intended, attempted and hence achieved – to some extent. But this is never as funny as humour that emerges from a very different intent, which is to make an accurate observation or to punch in violence at an injustice. This intent in some people emerges humour. Or it appears funny to people who are willing to accept reality. It is not only the originator of ‘humour’ who ensures its success, it is also the receiver. You can make very funny observations about men, but they may not find it funny for exactly the same reasons why you find them funny.”

This book is most palpable when it comes to Manu Joseph – as an equal opportunity offender. It is a political satire and hits hard at our political and social hypocrisy. Being an equal opportunity offender, he critically intersects the nature of politicians, cops and social activists. He brutally exposes the police and politician nexus and puts to the fore glaring loopholes in our investigation system. Laila could go down as a fictional novel or even a factual narrative, however, Manu says, “Laila is only 30 per cent based on a true story and the rest is fiction.” It is a book that makes you stand up when you read. It has such excerpts of brilliance that one wonders if the book is speaking to the reader itself.

Being an underdog can be really fulfilling and helps one look at life and understand it more holistically. It helps one build a bonafide and veritable perspective. Joesph being an underdog has pulled off his first book, Serious Men, with so much elan. This book talks about social structure and caste hierarchy in India, the depth of the book is amazing and is one of the best researched books one could ever read. It goes beyond the social stigmas towards the end and actually mocks at how our society functions in reality. The mark the book leaves on you is everlasting.

In a world where sanity may be overrated, Joseph, a contrarian with an askance viewpoint, delves deeper to prove the point that sanity should not win over insanity (every time) and it too is a psychiatric condition. His second book, Illicit Happiness of Other Men, is set in his homeland, Madras, in the 1980s, and could be considered as a spin off of his observations, personal and fambam life whilst growing up in the south. Its quirkiness lies in the blatant honesty with which it portrays the characters; the characters in the setup of a family are probably relatable to many from Indian families; they are characters with shades of grey and very plebeian. Generally one does not get to read about characters written so beautifully with all their foibles, frailties and idiosyncracies still intact in the most aesthetic way.

All his books are critically acclaimed and one of the hallmarks of all three books is his witty, insightful and profound observations – the soul and trenchant voice in the books. I wonder if he would ever run out of the observations?