Home > Book Review > All men of good will?

"Animosity at Bay" | All men of good will?

In Animosity at Bay, Pallavi Raghwan uses untapped archival sources to weave together new stories about the experiences of post-partition state-making in South Asia through meticulous research; Excerpts: The No War Pact correspondence between Jawaharlal Nehru and Liaquat Ali Khan is interesting for several reasons: its timing, the personalities, the possibilities it seemed to offer for the relationship ship, and the glimpses it offered into the world views of India and Pakistan during the 1950s. The Evacuee Property Conferences, as well as the refugee crisis in Bengal formed the immediate context in which Liaquat Ali Khan and Nehru opened negotiations on a possible No War Pact. In many ways, the correspondence also shows how deeply connected the shaping of foreign policy was with domestic politics—India’s and Pakistan’s international relations were shaped out of the domestic concerns of both nations. One reason that the correspondence was taking place at all was that it could offer the possibility of some movement on the questions of water and evacuee property. The correspondence offered an opportunity for India and Pakistan to clarify their positions internationally as mutually exclusive entities: at the same time, it was also for progress in leading to more accommodative outcomes for talks around the agenda of separation. 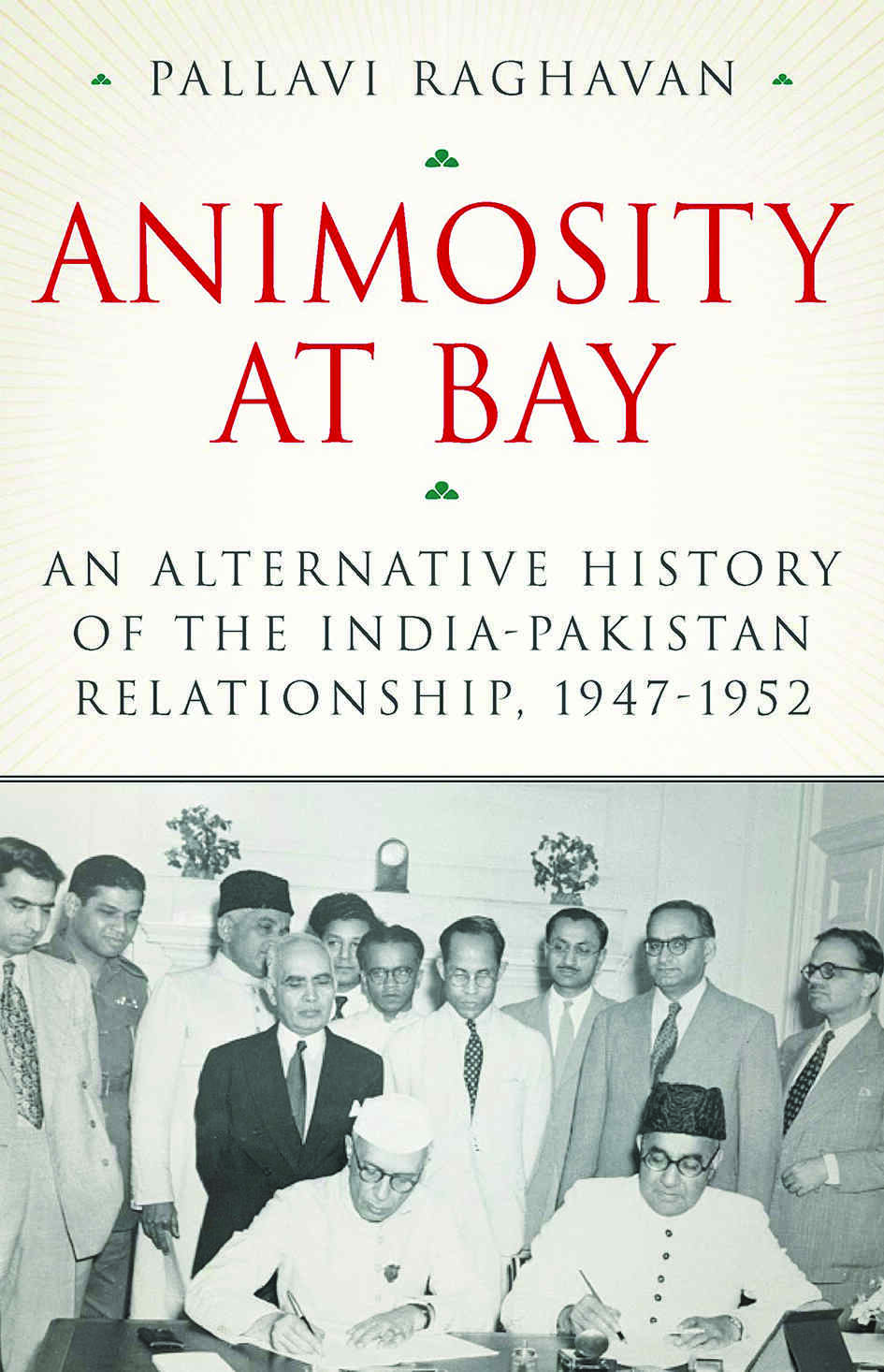 In fact, this chapter shows that the business of going about disentangling oneself from the other did not necessarily mandate international stances that had to be hostile to one another: they could also be built upon an attempt at dialogue. The reason that a refugee crisis in Bengal, that took place some seventy years ago, is worth considering in great detail is that it offers us a glimpse of why, in the midst of an increasingly hostile confrontation, the two governments were looking for means to effect a rollback. In this chapter, I will outline the progress of the No War Pact correspondence — undertaken between Jawaharlal Nehru and Liaquat Ali Khan, during the period of the refugee crisis — to illustrate the importance of atmospherics in the conduct of India–Pakistan relations. Furthermore, I will also show that what the two countries wished to project to

the world was first and foremost their shared desire to seek a settlement to the tension.

The ‘No War’ declaration was intended to guarantee that neither India nor Pakistan would declare war on the other in the first instance, and the possibility of reaching such an agreement was explored by Nehru and Liaquat through a correspondence that spanned over eleven months, comprising more than a hundred letters and telegrams. I begin by offering an account of the correspondence, and suggest reasons for its initiation, as well as eventual failure. I then explore how the ‘Frontier of Public Opinion’ was seen as being the most crucial in most matters of India–Pakistan relations, and how it was often the appearance of trying to create a sense of stability and cooperation that was considered as vital as the specific actions of either government in this direction.

But an analysis of the progress of the No War Pact negotiations also offers several other interesting conclusions. For one thing, it offers us a glimpse into the decision-making process in India–Pakistan relations, and enables us to appreciate of the benefits as well as hindrances to the shaping of a better climate in the relationship. Secondly, it also allows us to examine just how the possibilities of improving bilateral ties were conceptualised within the two governments, and what paths when the situation necessitated it, the foreign ministries of both governments chose to embark on. The correspondence also shows that, contrary to the assumption of a default position that was based on an instinctive need to propagate a hostile relationship, decision making also included a keen appreciation of the political dividends of an improvement in bilateral ties. The No War Pact correspondence failed—Nehru and Liaquat could not agree to the terms of the Agreement. But the very reasons for undertaking it at all have to be further incorporated into the analysis of the India–Pakistan dynamic. Moreover, I will argue, these impulses for dialogue and reconciliation were not merely fleeting or whimsical, but drew on concrete imperatives which were in the political interests of both governments.

Towards a Pact: Domestic and

During his six-week tour of the United States in the winter of 1949, at a press conference in San Francisco, Nehru was asked a question about the future of India–Pakistan relations. In his reply, Nehru gave voice to an idea he had been toying with for some time. He stated that his government would like to work within a framework in which outstanding issues between India and Pakistan, including canal waters and evacuee property could be peacefully resolved. To that end, a declaration jointly made with Pakistan, committing both to the position that neither would declare war on the other in the first instance, was one option. According to this, the governments of India and Pakistan would resolve all their disputes by negotiations, arbitration and mediation, and renounce the use of war as an instrument of state policy. His answer immediately prompted breathless speculation in the media about what the next development in this story would be. Others disapproved. The Times of India sceptically sniffed, ‘At a time when the cold war interferes violently with the independence of judgement of most nations, India … cannot afford to surrender its vital interests to third party judgement.’ Nonetheless, the question of how Nehru would pursue his No War Pact gained substantial currency in the media, and its progress was closely tracked in both countries.

Back in Delhi by December 1949, Nehru began to consider means by which this could be secured. In his recent speeches, Prime Minister Liaquat Ali Khan had shown he was definitely not averse to talking about such a pact, and publicly declared his eagerness for it. He said this could provide an opportunity for ‘[a] fair and just settlement of causes that led to the breach of peace’. In November 1949, Nehru wrote to Liaquat formally suggesting such a declaration, stating that both governments were committed to ‘maintain good relations between the two countries, and advance the cause of world peace.’ This could, he wrote, ‘lessen the unfortunate tension that exists between our two governments, and produce an atmosphere which is more favourable to the consideration and settlement of particular disputes.’ The two prime ministers then embarked on a lengthy and voluminous correspondence—more than two hundred letters and telegrams were exchanged—on what the exact terms should be in the text of such a declaration, and which procedures of arbitration could be used to settle the outstanding disputes between the two countries. The correspondence then spanned across the Bengal crisis, and the subsequent signing of a Nehru–Liaquat Pact in April 1950, which made both governments accountable to one another for the protection of their minority populations.

Nor was war at all an unlikely event in the foreseeable future. Indeed, in February 1950, Nehru chose not to immediately reject the possibility of resorting to war with Pakistan over the question of the swelling numbers of migrants flowing across the border.

(Excerpted with permission, from Animosity at Bay by Pallavi Raghwan; published by HarperCollins)