The book is not only a poignant piece of protest literature but also a historical chronicle and a resurrected witness to how Sikhs, Hindus and Muslims came together to stand up to colonisation and oppression in one of India’s darkest moments; elaborates Subhash Chopra April 1919 was the cruelest month in the history of Punjab. Instead of ushering in the season of mellow fruitfulness and harvest festivities, it brought in a whirlwind of another kind. Rather than collecting the fruits of the labour of months, it opened floodgates of another kind. Instead of the rulers and the ruled joining in the festival of Baisakhi (Visakhi in Punjabi), it awakened the ghosts of 1857 Mutiny and more recent events just gone by.

The drumbeats of a humongous Rowla (deafening noise in Punjabi) had been set in motion by the rulers. In English, it was stamped as the Rowlatt Act, passed on March 18, 1919. One of those who heard this Rowla and survived the massacre that followed on April 13 at Jallianwala Bagh in 1919 was 22-year-old Nanak Singh. Like thousands of others, he had gone to the Bagh for a day of fun, festivities and political gossip to keep abreast of developments of the last few days and weeks.

Also there, according to Nanak Singh’s grandson Navdeep Suri, was 20-year something Udham Singh, a future revolutionary, and another Amritsar resident Shashti Charan Mukherji – all three unknown to each other at the time. 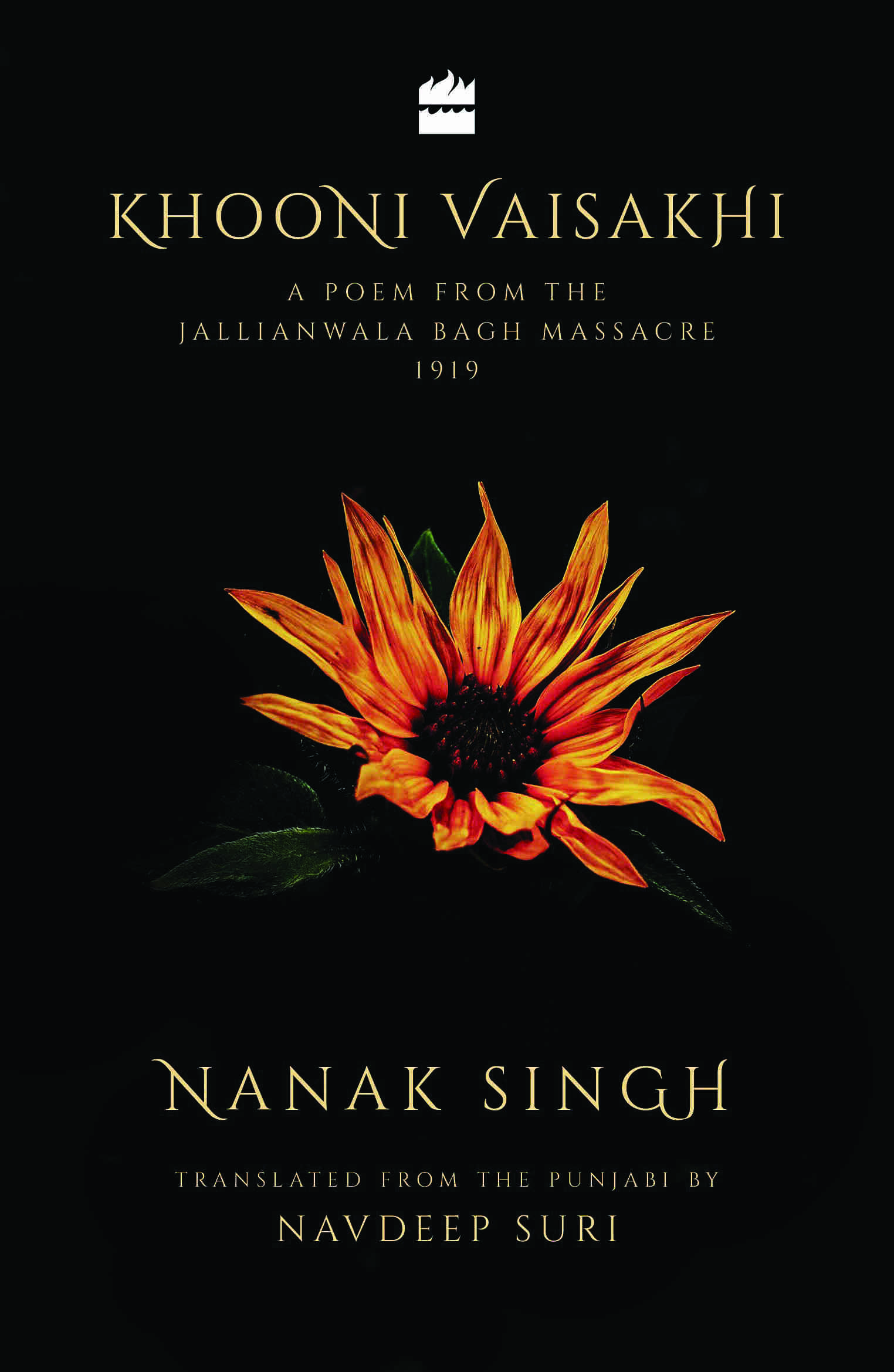 On April 13 at 5:30 sharp – the Sikhs, Hindus and Muslims – all gathered in the Bagh risking their lives. Who could prevent the sons of the nation from sacrificing their lives, asks Nanak Singh in true Punjabi idiom.

The Ram Navmi festival just four days earlier had passed off peacefully but with quite some fanfare. Local leaders Dr. Satyapal and Dr. Saifuddin Kitchlew were garlanded and taken out Ina procession through the city in an unprecedented show of Hindu and Muslim unity with Hindus and Muslims drinking water from the same glass and sharing meals. The next day on April 10, people came to know about the sudden arrest of their beloved leaders Dr. Satyapal and Dr. Kitchlew. A hartal (shutdown) was declared and a petition was launched for the release of the two leaders. The petition was met with bullets from soldiers posted at the railway bridge that divided the old city and the rulers’ colony. The dead and the wounded were carried to the cremation grounds. (Nanak Singh makes no mention of the English casualties of five men killed and assault on a woman mission school superintendent who was left to die).

Come the deadly moment, General Dyer enters the Bagh with his Gurkha soldiers and ordered “Fire!”. The guns blazed and within minutes thousands of rounds had been fired, felling young and old, falling there and then. Within minutes, the Bagh was littered with corpses, dead bodies piling on each other. Only the rarest of the lucky ones escaped.

After the guns stopped, parents came searching for their children, wives for their husbands, sisters for their brothers.

“Why, O why, did you come to Punjab, O Dyera (Dyer cursed in Punjabi),” wailed the people who had lost their loved ones. “Had you no pity in your heart or were you drunk at the time, O Dyera,” they asked. “Here is a tankful of our blood, come and have your fill, O cruel Dyera!” And “What answer will you give to Rab (God) when you will appear in His court, O Dyera?” Nanak Singh, the poet, asks, “Tell me O Dyera, which book allows the persecution of innocents?” “Khooni (Bloodthirsty man) is the world’s certificate for you from the Martyrs O Dyera.”

Finally, “Oh Lord! Do listen to our prayer/ Your gentle flock is in utter despairing,” reads the people’s postcard of pain.

The story of Nanak Singh, the Jallianwala massacre survivor who lived to tell the tale, is as rare as the survival of the manuscript itself. It did not see the light of the day for almost 50 years after the event, first because it was banned by the British rulers as seditious material and later because the author did not like to talk about it, and lastly because the few printed copies got virtually lost as public record. But for the herculean efforts of the author’s grandson Navdeep Suri and his family members, friends and librarians and archives departments of some of the universities of Punjab, we would not have seen it even in the centenary year of the massacre.

So is the life story of Nanak Singh himself who was lucky to have come out alive from the Bagh that day 100 years ago. Besides being a poet and a dramatist, he is widely regarded as the father of Punjabi novels. Fondly known as ‘Bauji’ in his family circle, Nanak Singh was honoured with the Sahitya Akademi award presented by India’s President Dr S Radhakrishnan in 1961.

Unexpectedly, the book includes a heartwarming story of Indo-British reconciliation from the descendant of an original player – from the great-grandson of Sir Sidney Rowlatt, the eponymous author of the infamous Rowlatt Act of 1919. Justin Rowlatt, the great-grandson of Sir Sidney, said on visiting Jallianwala Bagh in 2018: “I wasn’t expecting to react as strongly as I did when I visited Jallianwala Bagh, the walled garden where the 1919 massacre took place. I certainly wasn’t expecting to cry.”

Justin Rowlatt, who was the BBC South Asia correspondent in New Delhi at the time, was sharing his thoughts with Mr. Sukumar (SK) Mukherji, the grandson of a 1919 massacre survivor Mr. Shashti Mukherji. After wiping his tears Justin told SK he was ‘ astonished’ that he (SK) appeared to feel no animosity to him. ‘You feel shame, so I feel no anger towards you,’ SK said.

The much talked about official UK apology may not have come from any authority – from Winston Churchill to David Cameron or Theresa May in recent times – but a civilian gesture like Justin Rowlatt’s augurs well for the future.