"The Night of Broken Glass" | A Narrative Beyond Fiction

The Night of Broken Glass is a valuable addition to the body of work that presents Kashmir authentically by means of fiction, writes Kavya Dubey Blurred behind the dusts and muffled by the sound of violence, weaving facts into fiction, stories best depict realities. Feroz Rather’s exemplary debut of thirteen inter-connected narratives paints a vivid picture of Kashmir – in all its splendour and horror; and in between, the mundaness of entwined lives. 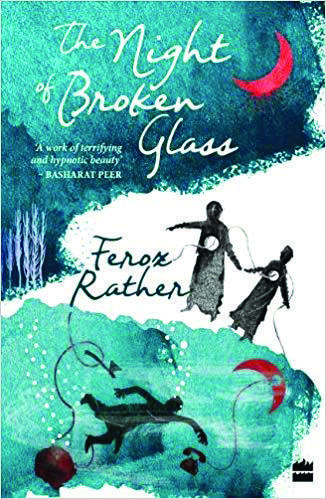 The imposing credentials of the author come to life in this delightful yet distressing read. The nuances and mysteries of the characters unfold without disenchanting the reader. The left-behind, hidden-in-the-dark stories of a tyrant Major, an ambitious young graduate who intends to decide her fate, a helpless embittered old man who fights a silent battle everyday against himself, and several others show, despite everything, the normal side of humans in abnormal circumstances – also compelling the reader to spare a thought to what actually might be normal and what is otherwise normalised. The Night of Broken Glass is a valuable addition to the body of work that presents Kashmir authentically by means of fiction. Of Rather’s own admission, fiction is ‘not just about reporting and replicating brutalities and injustices but rather about charting the self-hood of the people who suffered and witnessed’. Taking some distance to show Kashmir more closely, Rather feels that just narrating the conflict without developing it (for the outside world) already has the force of fiction: a poet losing all his poems because militants had holed up in his house so the soldiers had to raze it to the ground, a journalist hears of someone killed in the neighbourhood and gets writing about it only to realise that it is his own brother whose killing has to be reported, a doctor operating on his young son’s bullet-ridden body and failing to save him, it is as ironic as can be.

The peculiarity is that this book is written both from and towards Kashmir, the author willing to go where his society pretends not to go. With respect to characterising violence that storms in and wafts out of the pages, vary tremendously, that, too, has been humanised in the stories. The portrayal of the brutal Major S is an attempt to tell a story from the other side and seek a glimpse of some truth there. It is not justification or explanation but the understanding of the violence that should help make clear the understanding of the conflict and the extent and magnitude of sufferings too.

Dotted profusely with mesmerising language and descriptions, Rather admitted to having harboured a desire to ‘wreak some creative violence with language’ but recreating Kashmiri realities in a foreign language was like ‘immersing characters into a language where they are homeless – spiritually estranged’. But despite the limitations of the wider-reaching language that does not fittingly accommodate the cultural realities of Kashmir, The Night Of Broken Glass is a stirring read.