"The Asuras Of Antariksh" | A MESS IN SPACE

This riveting novel, narrated with humour and sprinkled with cynicism, travels through the highways and byways of corruption that plague our polity and society; writes Kush Verma The author of this book is a multifaceted retired IAS officer, well-known for reviving ailing organisations such as TRIFED and CAPART. An eminent nutritionist, her work as the Advisor, Karnataka Comprehensive Nutrition Mission, is considered path-breaking. Her latest book, The Asuras of Antariksh, has yet again proven her great versatility.

Veena S Rao’s first work of fiction was Charlotte’s End, inspired by Daphne du Mauriers’s Rebecca. Next came The Tale of Quarles: The Prince who Fails, centred on the Diana-Charles marriage.

Her latest novel reads almost like the biography of a scam that unfolds within the most hallowed spaces in government – the Space Department. The book unravels like a crime thriller, a bureaucratic documentary and a scathing expose of corruption, all at once!

Clearly, this novel, even in its facto-fictional account, draws heavily from the Antrix Devas deal, which went into scandal mode somewhere around 2010. The characters, institutions and events may be fictional. But the core of the story, thinly veiled, undoubtedly, is the Antrix Devas Agreement, which ended with a CBI enquiry.

The story, though simple, is complex. A deal is struck by the Gagan Vayu Corporation (GAVA) of the Indian Space Agency (ISA) for building a satellite and leasing its transponders and spectrum to Oriont India, a dubious and hastily formed Indian subsidiary of US telecom company, Oriont International. The contract between GAVA and Oriont India is signed, with full knowledge and blessings of the Minister for Scientific Development, Pratap Singh. 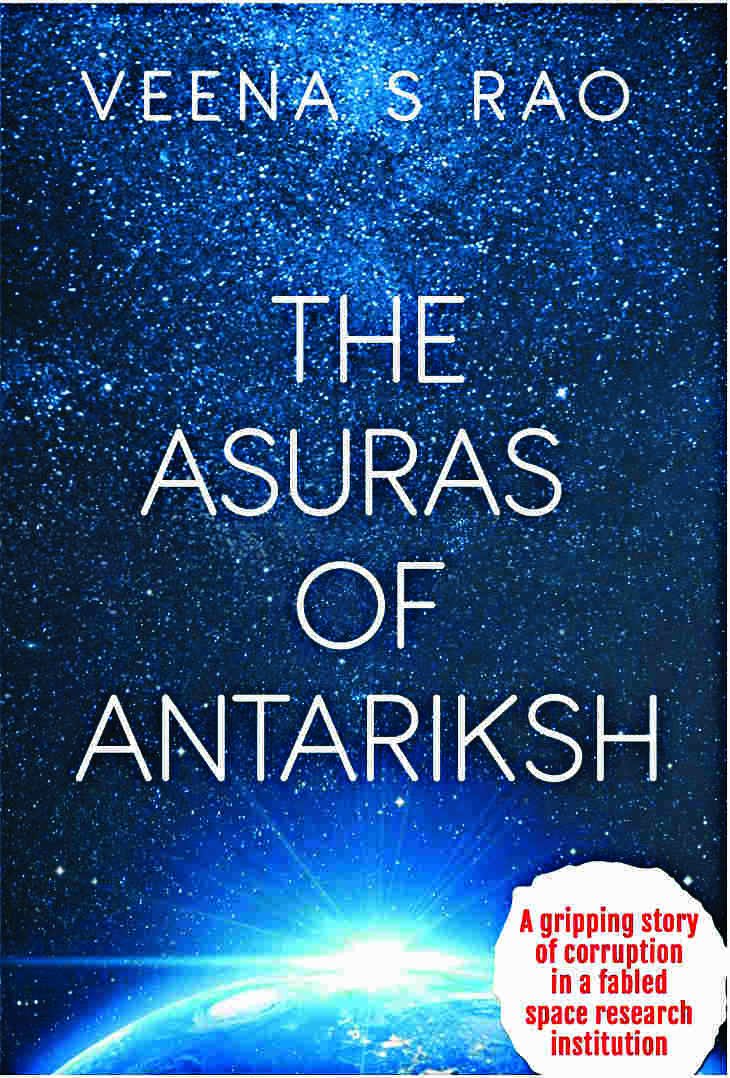 Nothing unusual here, deals are struck within every ministry all the time. Except that a scandal erupts in the Telecom Ministry regarding the sale of spectrum and an enquiry by the Federal Investigation Board (FIB) is ordered. A tripartite conflict erupts, involving Pratap Singh, Shankar Raja, the Telecom Minister, and Raja Bhayya, the PM’s son-in-law, with enough twists to delight the ardent crime fiction fan.

The driving force of the novel is a story of two betrayals, both against the principles of corruption dharma – that the GAVA Oriont deal was made by the Minister for Scientific Development behind the Prime Minister’s back, depriving him and his powerful son-in-law, Raja Bhayya of their legitimate spoils; and that the chairman of ISA made a neat little kill behind the minister’s back, something thoroughly unethical and unacceptable in deal making.

Soon after, an FIB enquiry is ordered while ISA scientists get busy destroying incriminating papers, tampering with evidence, protecting crony bureaucrats and implicating the only honest one.

Then starts a process of multilayered blackmail – former Chairman, ISA, blackmailing minister Singh, that unless he closes the FIB enquiry, his entire involvement in the GAVA Oriont deal will be exposed; Singh blackmailing Bhayya that his deals with digital companies and illegal remittances will be made public, if he does not end the case against ISA; Oriont blackmailing Bhayya that unless he cancels the enquiry, his money trails and offshore accounts will be made public.

Though fictional, it realistically describes how the FIB exercises its ‘autonomy’. And the ‘caged parrot’ of the famous simile, shows itself as not merely caged, but very crooked too.

The author uses simple, inoffensive, non-judgemental writing. However, every event is described with a powerful and sardonic hidden punch, laced with timely humour. What is fascinating for the lay reader is the verisimilitude with which the author lays bare the workings of the space agency, the ‘holy cow’ which has escaped critical scrutiny so far. Its opacity, secret bank accounts and sheer mediocrity come through effortlessly.

This is a truly refreshingly irreverent novel that details how deals are made out of taxpayers’ money, how they mature, get exposed and then get buried at further cost to tax payers, which they will never know. It is a must read for those interested in public governance, its corruption and perfidies, the details of what goes on behind closed doors and what is concealed from the public. Verily, it is a tour-de-force that exposes the collusive corruption of politics, the bureaucracy and space agency. It is indeed ironical that the Antarishk in the title provides cover to such a dark underbelly!