Tamil Nadu poses a challenge to common sense. This is the author’s assertion and he could not have been more right. The complexities of the state’s politics and even culture often leave non-Tamils confused. After all, Tamil Nadu maintains its clear distinctiveness even as it is a part of the national mainstream. More confusion! 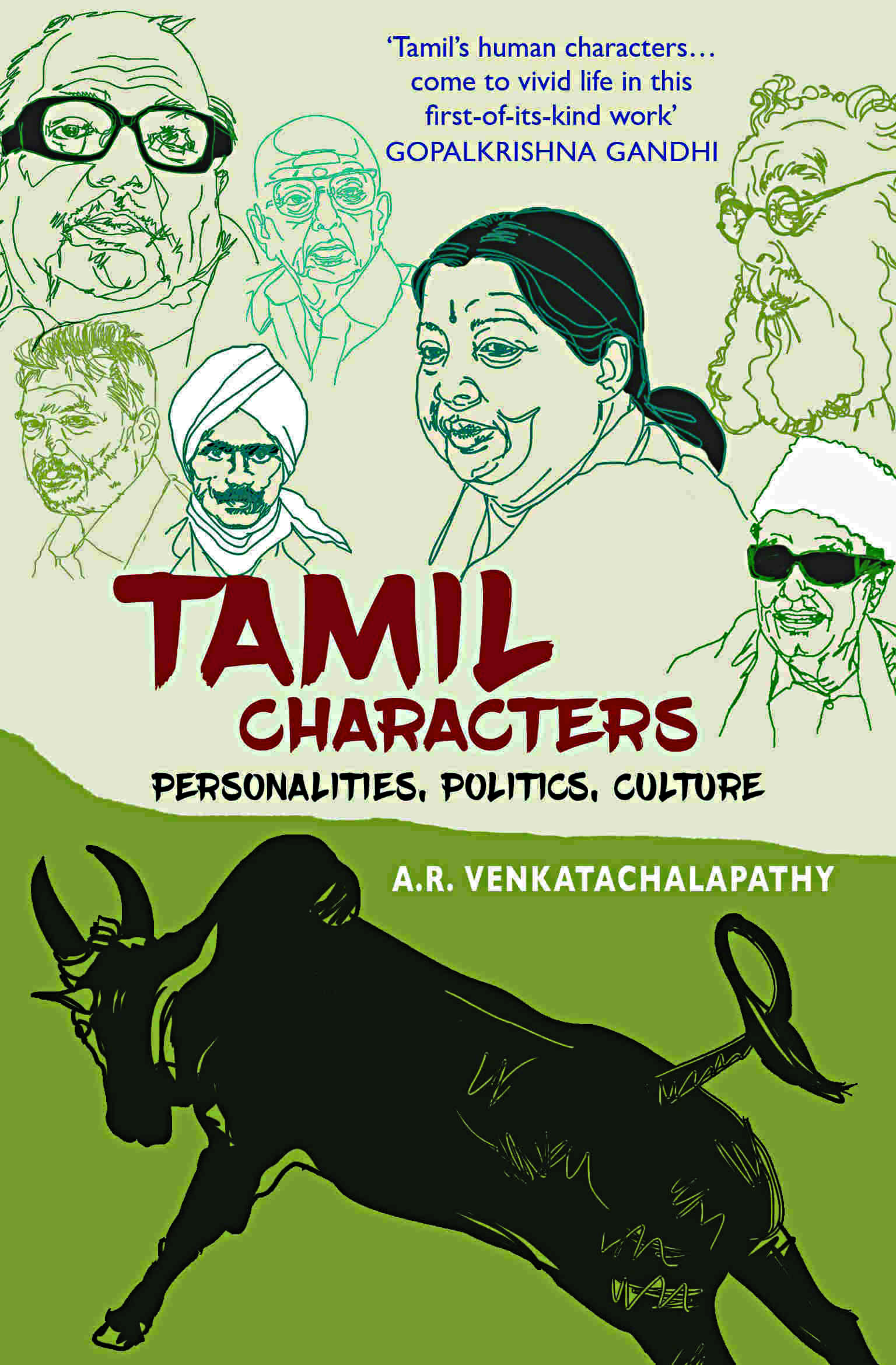 A professor at the Madras Institute of Development Studies in Chennai, Venkatachalapathy has published widely on the social, cultural and intellectual story of Tamil Nadu. His authority on the subject comes alive in 26 succinct chapters which are profiles of leading men and one woman (you guessed it right, it’s Jayalalithaa) from the political and literary fields besides providing an overall introduction to issues ranging from Jallikattu, the growing assertion of Dalit rights and the Sri Lankan Tamil issue, which continues to have a resonance in the state despite the rout of LTTE.

Jayaram Jayalalithaa had “a truly remarkable career”, during which a Brahmin woman with no social base to speak of rose to fame and power in a deeply patriarchal Dravidian society. The man who guided her into politics was the hugely popular MGR (M G Ramachandran), India’s first actor-turned-politician. Suffering poverty in childhood, he had no intellectual pretensions when he took office. Yet, the adulation MGR won was unbelievable. But his last years – when he was sick and it was unclear who ran the administration – “remains one of the dark spots” in Tamil Nadu.

Although M Karunanidhi was perceived as corrupt, he won the reputation of being an excellent administrator. But his weakness for his family and his deal with the Bharatiya Janata Party (BJP) dealt huge blows to his Dravida Munnetra Kazhagam (DMK) party. The author rightly observes that the animosity between Karunanidhi and Jayalalithaa was visceral and defied rational explanation.

E V Ramaswamy Naicker or ‘Periyar’ was the original revolutionary in Tamil Nadu, one who developed a sharp understanding of the ideological power of caste to unleash the Dravidian identity movement. He advocated conversion to Islam (as a tactic) and felt the Congress was out to create a Brahmin Raj. ‘Periyar’ was the icon under whom Dravidian politics flowered, giving rise to C N Annadurai and a galaxy of other stalwarts, to eventually change Tamil Nadu’s politics forever.

Corruption may be endemic in Tamil Nadu (as in many other states), but the author gives full credit to Dravidian politics which ensured that the state made huge developmental strides.

In all human development indicators, Tamil Nadu today ranks high. And this is one reason why Tamil Characters will help people, particularly outsiders, understand in greater depth this sprawling state of temples, cinema, politics, literature, culture and much more.