The book proposes an ingenious solution where India is perfectly positioned to pave a unique path from the rest of the world – instead of accepting technology as an inevitable replacement for human labour, we can use it as an aid; writes Vissa Venkata Sundar Of late, we are witnessing a publishing trend of sorts. There is a steady number of thought-leadership books authored by senior functionaries from the house of Tatas. The book Bridgital Nation is one such addition written by N Chandrasekaran and Roopa Purushothaman.

The authors identify the twin challenges that hold India back from reaching its full potential being that of jobs and access to services. The book presents a vision of how calcified systems in India can be transformed to create jobs and deliver service by bridging and harnessing digital technology. It also presents a case where automation and AI need not necessarily annihilate jobs but can be exploited to creatively transform the economy.

The book lays out a blueprint on how sectors such as health, education, agriculture, financial services and logistics can benefit from the ‘Bridgital’ approach. Done well, it could positively impact 30 million jobs by 2025 and lead to a 10-20 per cent increase in wages for workers while giving over 200 million citizens access to better services including health and education, say the authors.

The book offers noteworthy data and analysis. According to the authors, a large number of women have left the workforce. For all the excitement around India’s start-up culture, the country’s average firm employs just over two people. The book offers a mix of ethnographic study to put a human face to the issues at hand such as state of rural health care, overburdened hospitals in the cities, the angst of entrepreneurs etc. It builds the context for the reader through the eyes of the protagonists and their day to day ordeals.

The book is divided into six chapters. At places, the chapters lose momentum and arguments seem repetitive. The crux of the case given in the book is that India has an overwhelming demand for vital services and an overwhelming supply of human capital. It just doesn’t know how to build a bridge between them. 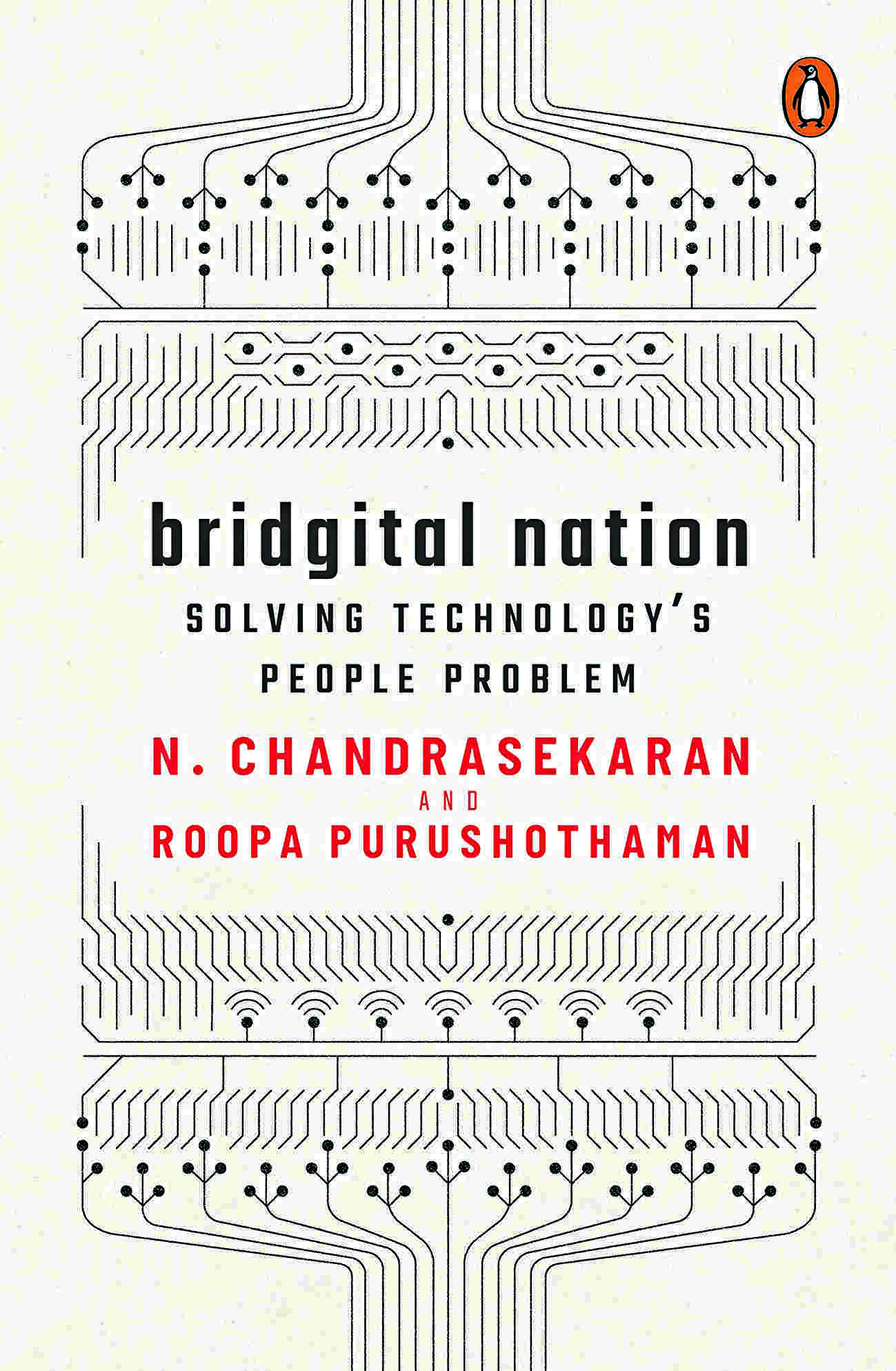 ‘Wrapping technology around people’ a term used by the authors, while a noble intention, it can also become an exercise of exclusion. Perhaps, it should be less of a case of technology wrapping people, instead, be the other way around where people should proactively embrace technology thanks to its simplicity and universal use. Technology made for ease can actually unwittingly disqualify a vast swath of humanity merely because they are not a universal solution and easy to use. It can reinforce societal inequities and deepen further the ‘dependencies’ and force the system to run on crutches. Technology should instead be a force to liberate.

Ideally, technology should be input sensitive and user-oriented, rather than merely being about back-end processing and output-driven functioning. It should not add another layer of activity costing time and effort for the user, especially in a country like India. Take an example of “system-blindness” where aged pensioners have to queue up at CGHS facilities and go to at least four different counters for a check-up and to collect their monthly medication. That is if it is available. Simply put there is no “visibility of the patients” in the supply chain process. Every footfall to the facility turns into an unexpected surprise, even though the database and profile of the users are known and their ailments well documented for a specific centre or location. This is a case where the system is reluctant to respond with appropriate technology solutions for the ease of the aged citizens so that they don’t have repeatedly visit, waste time, effort and money.

Ironically, there is another case where technology has to engage with reluctant humans often creating sub-optimal results. Take the example of the Banking sector. Hundreds of data entry operators received temporary jobs thanks to the digitisation drive in the last decade. The third party vendor who employed these people on their roles is totally disconnected from downstream and upstream and he is merely being paid to employ an army of people to tap figures and feed data sets in the system. The erroneous data misspelled surnames, address details and simple things like salutations of the customers. Imagine if this was more to do with health-related data, where an extra digit here and there can make all the difference and bring diagnostic errors.

Creating informal sector jobs is an important thing but filling it up with people who have requisite skills and who will not upend the system should also be a priority. India’s less talked about challenge is to ensure a uniform pool of trained workers with acceptable service standards and quality. Alas, if this is overlooked, well laid out structural interventions and digital drives can come as a cropper.

Digital approaches and making better use of the facilities India already has can reinvent service delivery and solve India’s economic challenges. The book Bridgital Nation offers practical ideas to address these issues in a meaningful way.7997