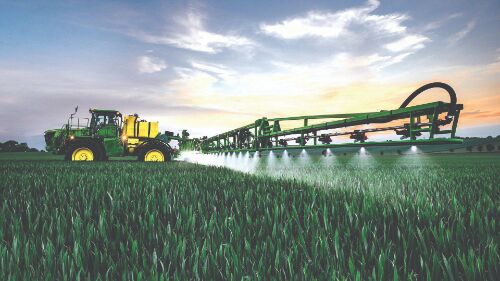 Schultz's contribution included highlighting the importance of agriculture in developing countries. He also proposed the human capital theory where he theorized that the quality of the population in terms of its education and health, determined the rates of economic growth in any country. As for Lewis contribution, his 'Lewis' model included a dual economy with two sectors — a primary, traditional and backward agricultural sector and a modern industrial sector. The latter sector is the engine of growth for the country. Lewis set out the dual sector model in his 1954 publication, 'Economic Development with Unlimited Supplies of Labour.'

In this article, we will review the works of Schultz and Lewis and see how they apply to public policy issues across the world, particularly in developing countries.

However, his most well-known contributions were in two broad areas: a) human capital theory, which he developed with his colleague Gary Becker at the University of Chicago; and b) a fresh approach to agriculture and economic development in developing countries.

"I propose to treat education as an investment in man and to treat its consequences as a form of capital. Since education becomes a part of the person receiving it, I shall refer to it as human capital."

Schultz's treatment of human capital was to treat it as the capacity to adapt and is more useful in changing situations or 'disequilibrium' where the workers have to adapt. On the other hand, Becker took human capital to be an input into the production process.

In respect of Schultz's other major contribution, his basic contention was that there was relatively higher underdevelopment in agriculture as compared to industry and this was true in developing and developed countries. His best-known works are 'Agriculture in an Unstable Economy' (1945), and 'Production and Welfare of Agriculture' (1949) and the best-known book 'Transforming Traditional Agriculture' (1964). As he did in developing the human capital theory, Schultz used the disequilibrium approach in analysing agricultural issues. The

gap between traditional production methods and more modern ones create the necessary conditions for dynamic development. Using this approach, Schultz has, in various contexts, presented a critique of the developing countries' industrialization policies and their neglect of agriculture.

In particular, in 'Transforming Traditional Agriculture' (1964), Schultz contended that farmers in developing countries were not irrational in their approach to adopting modern techniques. On the contrary, the farmers were only reacting to extant policies such as high taxes and low crop prices set by their governments. Schultz also noted that governments in developing countries lacked the agricultural extension services, critical for training farmers in new methods. He also viewed agricultural development as a precondition for industrialization.

Lewis got a scholarship to do his undergraduate from the London School of Economics in 1935, becoming the first Black student to attend LSE. Impressed by his academic record, LSE offered him a scholarship to do PhD in economics. Lewis became a lecturer at LSE and stayed there from 1938 to 1948. After this, he was Stanley Jevons Professor of Political Economy at the University of Manchester from 1948 to 1958. He was Vice-Chancellor of the University of West Indies from 1959 to 1963 and a professor of political economy at Princeton University from 1963 until his death.

As noted above, Lewis' model, which was presented in an article in 1954, hypothesized a 'dual economy' consisting of a backward 'subsistence' and agricultural sector and an advanced 'capitalist' industrial sector. The model assumes that there is an abundant supply of labour in the "subsistence sectors" and the amount of capital invested per worker is very low. It sought to provide a framework for understanding the process of development in less developed countries to develop economically. Essentially, this process entails that the surplus labour in the 'subsistence' sector will be employed by the more efficient 'capitalist' sector in increasing numbers, leading to economic growth. Another way to look at the model is that to spur development in poor countries, labour shifts into manufacturing, where it is more productive. The capitalists save out of their profits and use this saving to expand, which then adds to growth. Lewis assumed that workers in agriculture save nothing so that the only source of saving are the capitalists in manufacturing.

The dual-sector model of Lewis was certainly helpful in looking at ways in which developing countries could develop the agricultural sector. However, the model has come in for criticism on the ground that it is too simplistic. More specifically, some of the criticisms of the model are:

The opportunity cost of labour in the subsistence sector is assumed to be low, which may not always be the case.

If the wages rise in the subsistence sector for any reason (innovation, rise in union power etc.) absorption of surplus labour may not go on.

If there is balanced and equal growth in agriculture and industry, the model doesn't do too well. If industrial growth is technology-driven, migration of labour to the industrial sector would only lead to more unemployment.

The migration of unskilled workers from agriculture to industry is assumed to be seamless and costless. This is, however, never the case in the real world.

Both Schultz and Lewis worked on issues of economic development. More specifically, both were concerned with the underdeveloped agricultural sector and policies which could address this.

to the agriculture sector in developing countries. In these endeavours, Schultz was always looking for policy practices around the world, which he could apply in other areas. In that sense, Schultz was a true empiricist. For example, Schultz observed that Germany and Japan responded better to the post-War era as compared to the UK, which suffered a depression in the post-War period. According to Schultz, this was because of the better health and education of the people in Germany and Japan. Schultz also believed that the Marshall Plan actually made the UK worse off since it distorted the economy and suppressed food prices, making it difficult for local farmers to compete. This also became the basis of Schultz's human capital theory.

Schultz's work on agricultural policy in developing countries is also noteworthy. His work led to improved extension services in agriculture; the adoption of better techniques, improved seeds and irrigation and better yields.

The importance of agriculture is also a recurring theme in Lewis' work on developing countries. His 1954 paper emphasized dualism, which appeared more relevant to the problems being faced in developing countries. This was simply because the development prescriptions available at the time — Harrod-Domar model or the Keynesian framework or Solow's neoclassical growth model — did not seem to apply to the typical problems of developing countries. We may recall that the Harrod-Domar model — focused basically on the steady state properties of the developed economies, with little possibility for alternative technology choices and even less for the role of prices — relied heavily instead on savings-pushed growth competing with population growth. The Keynesian model focused on advanced economy cyclical issues and the Solow model postulated economic growth as a function of population growth, savings rate and technological progress. As a consequence, the Lewis model appeared more suited to issues of economic development in developing countries and became far more relevant for public policy in developing countries.

The works of Schultz and Lewis had a lasting impact on economic development research. More importantly, it moved away from the conventional treatment of economic development and growth to specific problems of developing countries. For Lewis, this was a natural progression since he had seen these problems in his native St. Lucia in the Caribbean islands. Similarly, Schultz got a first-hand glimpse of agriculture while growing up on his farm in South Dakota in the USA. Even though their research was criticised on several counts, their contribution continues to benefit policymaking in developing countries.