Building upon the concepts regulating monopolies and oligopolies, Jean Tirole used game theory and industrial organisation to present a general theory of market power of firms and differential regulations 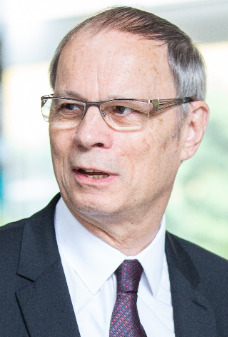 The Nobel Prize in Economic Sciences for 2014 was awarded to Jean Tirole of Toulouse University in France "for his analysis of market power and regulation".

Tirole did his undergraduate studies in engineering and mathematics from the Ecole Polytechnique and Universite Paris Dauphine in 1976. In 1978, he was awarded a specialised doctorate in decision mathematics from Dauphine and, in 1981, he finished his PhD in economics from MIT, USA. After his doctorate, Tirole worked as a researcher at École Nationale des Ponts et Chaussées in Paris until 1984, after which he joined MIT as a faculty member. He remained at MIT till 1992 and then returned to France and taught at various universities. In 2011, he founded the Toulouse School of Economics.

In this article, we will review the main works of Tirole and how they have contributed to guiding public policy.

Tirole is known for his work on regulation of monopolies. He was concerned about negative externalities and socially non-optimal outcomes when a few firms controlled the market. He noticed that such monopoly power led to firms making supernormal profits, or inefficient firms blocking free entry of more efficient firms, thereby leading to market failures. He used game theory models to design regulation mechanisms for monopolistic industries.

Tirole was one of the leading contributors to the field that has come to be known as industrial organisation. As Tirole had highlighted, French economists Cournot and Dupuit had pointed to the socially suboptimal outcomes of oligopolies.

However, mainstream economics, particularly the Chicago school, always had a sceptical view of regulation, notwithstanding the anti-trust initiatives in the US (the Sherman Act and the breakup of the giant Bell Telecommunications into baby Bells). To quote Tirole from his Nobel lecture:

The theory of industrial organisation has proved a very useful tool to think about one of the major challenges of our economies. It has fashioned antitrust and regulation. Recognising that industries are different from each other and so one size does not fit all, it has patiently built a body of knowledge that has helped regulators to better understand market power and the effects of policy interventions, and firms to formulate their strategies. Industrial organisation has gone a long way, but much work remains to be done. An especially gratifying aspect is that the field of industrial organisation is currently thriving, with many top young researchers producing exciting work. Making this world a better world is the economist's first mission. I believe that the entire community of industrial organisation researchers has contributed substantially to this mission. On behalf of this community, I was humbled, honoured and grateful to be awarded the 2014 Sveriges Riksbank Prize in Economic Sciences in Memory of Alfred Nobel.

Tirole was, in a sense, responding to the criticism by the Chicago School that argued there was no theoretical framework for anti-trust or regulatory policies. Tirole was not satisfied by the 'per-se' rules (which either allow or prohibit anti-competitive behaviour) or the 'one size fits all' approach which recommended price-caps to monopolies. This approach did improve efficiency but could not control super normal profits. To quote further from his Nobel lecture:

Economists accordingly have advocated a case-by-case or "rule of reason" approach to antitrust, away from rigid "per se" rules (which mechanically either allow or prohibit certain behaviours, ranging from price-fixing agreements to resale price maintenance). The economists' pragmatic message however comes with a double social responsibility. First, economists must offer a rigorous analysis of how markets work, taking into account both the specificities of particular industries and what regulators do and do not know; this latter point calls for "information light" policies, that is, policies that do not require information that is unlikely to be available to regulators. Second, economists must participate in the policy debate. The financial crisis, whose main ingredients could be found in academic journals, is a case in point. But of course, the responsibility here goes both ways. Policymakers and the media must also be willing to listen to economists.

Building on the past work on regulation of monopolies and oligopolies, Tirole used game theory and work on industrial organisation to present a general theory of market power of firms and regulation. With this theory, a framework to analyse issues such as antitrust, regulation of monopolies and pricing became available. Tirole looked at ways in which firms responded to regulations and to strategies of other firms. He suggested possible action by regulatory agencies to control collusion by oligopolies and check monopolist practices that hurt consumers.

Tirole also suggested that firms should cooperate on non-price issues such as sharing of technologies, which led him to propose the theory of platforms. A platform is nothing but a matching device to connect the seller and the consumer. Such platforms are widespread in two-sided markets such as video games, software, readers and advertisers in newspapers, card payments, social media etc. Tirole proposed a model of platform competition with two-sided markets and looked at determinants of price allocation and profits under different settings such as monopoly, oligopoly etc. In this context, Tirole also looked at vertical restraints that limit competition. This happens when an upstream firm (say, a manufacturer) supplies downstream retail units and restricts supply so as to maintain high profits. Tirole found that while vertical restraints may limit competition, they also encourage innovation. Competition law should therefore balance these two considerations. Tirole's main point was that desirable competition policies will vary from market to market.

Tirole collaborated with Jean-Jacques Lamont and suggested a way to get around the problem of asymmetric information faced by regulators — since they don't know the cost structure of monopolies and the production techniques employed by them. The regulator is faced with the problem of offering compensation that is enough for a monopolist's production to be useful, at the same time avoiding supernormal profits. In 1986, they suggested that a firm can be offered a menu of contracts with differing compensation structures. Doing this will lead the producer to choose the right contract, mainly out of self-interest. A high-cost producer, who cannot lower costs, will choose a contract with high compensation and a producer with greater control over his costs will choose a contract with lower compensation. This will allow the regulator to push powerful firms to be more efficient, while being mindful of consumers' interests and allowing its competitors to survive. This theory was adapted to study a number of industries such as banking, social media and telecom, where there is a tendency to form monopolies and oligopolies. These findings were published in their book of 1993 titled 'A Theory of Incentives in Procurement and Regulation'.

Tirole's publications include more than 200 articles and several books, including the graduate-level textbook 'Game Theory' (1991), co-written with Drew Fudenberg, 'The Theory of Corporate Finance' (2006), and 'Inside and Outside Liquidity' (2011), co-written with Bengt Holmström.

Tirole's work has helped frame regulatory and competition policies across the world, particularly in sectors such as telecommunication and banking, where there is a proclivity of monopolies to arise. His theory of economic platforms also provided a framework to analyse the behaviour of firms in social media, search engines, video games, e-commerce etc. Tirole's work taught us to look at each market differently, and accordingly design different regulatory and competition policies for different markets.