During the pandemic, the RDPR Department in Karnataka showed the way by forging an extensive collaboration to establish and upgrade libraries in rural areas 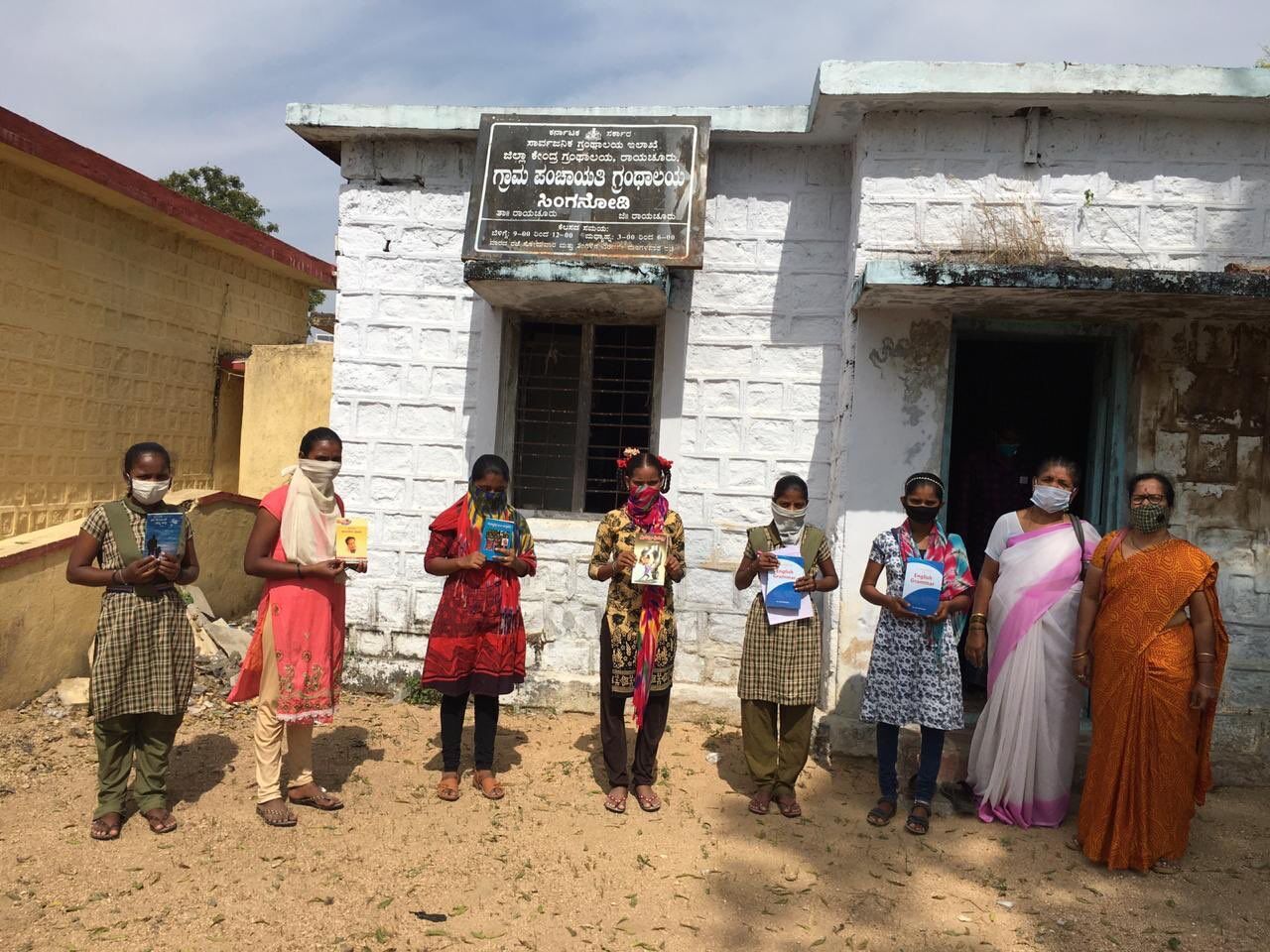 Karnataka has been a pioneer in the area of democratic decentralisation. The state has nearly 6000-gram panchayats, 229 taluk panchayats, and 31 Zilla panchayats.

One of the 29 subjects listed in the schedule to the 73rd Constitutional Amendment is that of libraries. It is well known that good public libraries, with a positive impact on literacy, learning, wellbeing, information and skills, form the foundation of an informed society. Public libraries serve as a dynamic platform giving people knowledge, continuing education, and information. Public libraries are the "people's university".

According to the UNESCO Public Library Manifesto of 1994, "The public library is a living force for education, culture and information, and as an essential agent for the fostering of peace and spiritual welfare through the minds of men and women. UNESCO, therefore, encourages national and local governments to support and actively engage in the development of public libraries."

Public libraries have a long history in India. The growth of public libraries was owed not only to the efforts of the colonial or princely states but also to literacy activists and the freedom struggle.

In Karnataka, the first public libraries were started in 1915 in Mysore and Bangalore in the erstwhile princely state of Mysore.

After independence, Karnataka was the third state to enact its own Public Libraries Act, which came into effect in 1965. Under this Act, a state directorate of libraries, district and taluk libraries, and gram panchayat libraries were set up. The state also has several city libraries, slum libraries, libraries for semi-nomadic communities, mobile libraries, and children's community libraries. The Act also provides for a library cess which is collected by the rural and urban local bodies.

Earlier, these libraries were under the Education Department. In 2019, they were handed over to the Rural Development and Panchayati Raj (RDPR) Department at the state level. In the gram panchayats of the state, they were now to function under the supervision of the local elected body.

During the Covid pandemic, gram panchayats in Karnataka showed remarkable leadership. They acted swiftly in the matters of science-based awareness; effective Covid management; relief and support to migrants and the needy; and ongoing vaccination.

Noting that schools and colleges were closed, RDPR Department decided to take up the renovation and revival of rural public libraries on priority. This would help rural students to stay connected with reading and learning.

Enabling instructions were issued to upgrade all Gram Panchayat rural libraries to facilitate their sustained use, especially by children. It was also decided that every rural library would have a special children's section.

To enable all rural children to access libraries without obstacles, it was decided that all rural children aged 6 to 18 years would be enrolled as members free of cost. The gram panchayat would cover the refundable deposit through its share of the library cess.

Library timings were increased from four hours to six hours daily. Further, libraries would be open on Saturdays and Sundays; they would be closed on Mondays and the second Tuesday. The librarians' honorarium was increased by 70 per cent.

Gram Panchayats were encouraged to utilize 14th and 15th Finance Commission grants, as well as their sources of revenue for the development of libraries by providing the necessary infrastructure.

Rural libraries were taken up for revival in phases. Many were given new spaces. Some got new buildings, electrical connections, book racks, furniture, reading rooms, balcony study areas, study desks, armchairs, and garden benches for seniors.

During the Covid pandemic, a new initiative titled Oduva Belaku ('the light of reading') was taken up to help rural children stay connected with reading.

Many civil society organisations, foundations and non-governmental organisations came forward to partner with RDPR Department in this effort. The Azim Premji Foundation (APF) alone donated books for over 1600 rural libraries and developed a training manual for librarians. A partnership with Pratham Books, Sikshana Foundation and United Way led to more support for other districts. NGOs like Whitefield Rising and Youva came forward to organize a book donation drive in Bangalore. St. Joseph's College readily offered their auditorium to organize the collection and sorting of books. A group of students from the North-Eastern states volunteered to help the team to sort the books.

In the districts too, many NGOs partnered actively with RDPR on the ground. Notable among them were CWC (Concerned for Working Children); CMCA (Children's Movement for Civic Awareness); Yuva Chintana Foundation (YCF); Akanksha Trust; BGVS (Bharat Gyan Vigyan Samiti); India Literacy Project (ILP); and Kalike (Tata Trusts). Book donation drives were conducted in rural areas as a way of creating awareness about the rural libraries. Partnerships with Room to Read and Adhyayan are underway. A partnership is underway with Sikshana and Dell Foundations to provide digital literacy skills to high school students in rural 1200 libraries.

Reading books is also a way to talk about them and share the ideas found in them. For example, in Abbigeri gram panchayat of Ron taluk, Gadag, a group of school teachers conducted a programme titled "The Book that I have Read" every week, for 20 weeks. School children reflected upon and spoke about the books that they had read in front of their peers.

To make rural libraries barrier-free and accessible to users with disabilities, it has been decided to upgrade one beacon library per taluk into an accessible library and equip it with Braille books, audiobooks and other learning aids.

Efforts are now underway to develop a certificate course for librarians in running child-friendly libraries.

The initiative began in a small way but it has exceeded expectations. As of date, 12.3 lakh children have been newly enrolled as library members. This is in addition to 8,00,000 regular users of the libraries. Over 1,730 libraries already have digital sections, with computers and internet connectivity. In addition, around 2,150 library buildings have been renovated or upgraded with furniture.