Genome Valley, standing today at the forefront in the battle against Covid, came into existence through meticulous planning and assemblage of bits and pieces 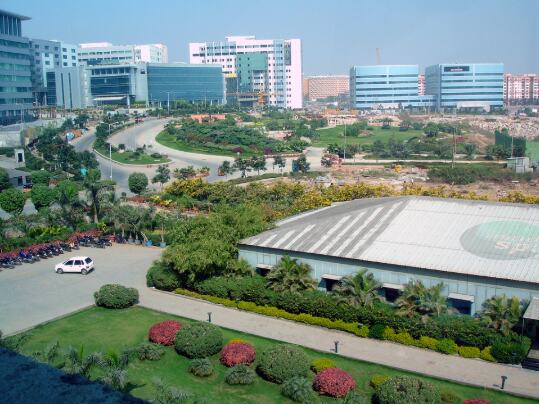 A world-class life science cluster at the outskirts of Hyderabad would have gone unnoticed but for COVID. This is the place where four vaccines — led by Bharat Biotech — are being developed. Genome valley has about a third of the world's vaccine manufacturing capacity and is bound to play a major role in controlling the pandemic in the months to come. All this did not happen overnight.

The story of Genome Valley began two decades ago in a sleepy village of Shameerpet Mandal called Turkapally, about 30 km from Hyderabad. An intrepid NRI scientist Krishna Ella decided to return to India and set up his biotech industry (Bharat Biotech) in 1996, little realizing then that this would become the anchor industry in the global biotech hub.

It was around this time that an IAS Officer, BP Acharya, made a fortuitous entry into the scene in his capacity as Secretary of Industries and Commerce. Despite being a trifle apprehensive, he gave his best shot. Meanwhile, ICICI Knowledge Park — the first R&D park in the country — had come up in May 2000, near Bharat Biotech. About 150 acres of government land was earmarked next to it to develop a biotech park on the new-fangled public-private partnership mode. The draft biotech policy of the state was ready and Ernst & Young was chosen as a consultant to guide the state in this sector. A biotech advisory committee, headed by eminent scientist D Balasubramanian (former Director, CCMB), was also set up to ensure industry-academia-government interface.

For the next 4-5 years, team Genome Valley — led by BP Acharya — worked as men and women strived to build up the cluster bit by bit, brick by brick.

The first task was to get the biotech policy of the state finalized. Utkarsh and Vishal of E&Y helped immensely in finalizing the document called "Beyond Tomorrow" (BT) that provided the basis to attract investment for the state in this sector. This sowed the seeds of the Genome Valley Project. Competition came from Karnataka. The Project was road-showed at BIO, San Diego. Globally renowned personalities in biotech like Clause Plate of Germany and Robert Naismith of the USA became its supporters.

The team was quick to realize that promotion without actual development on the ground won't take them far. Hence, each of the elements that could make the cluster viable was considered. The first step was to finalize the developer of the biotech park under the PPP mode. Shapoorji Pallonji (SP), then headed by Cyrus Mistry, came around after several rounds of discussions. They finally agreed to build, operate and market what was known then as SP biotech park over 150 acres allotted to them adjacent to the ICICI Knowledge Park (now called IKP).

As this was the first of its kind Biotech cluster in India, an attempt was made to benchmark it against the best in the world. Research Triangle Park in North Carolina was visited in 2002. By this time, the first of the allottees in Biotech Park started their manufacturing units. These included the one set up by Ella's Bharat Biotech in what was to become a vibrant life sciences cluster in a few years. But there were issues like water supply, pollution control, fire station, cafeteria, housing etc. that had to be addressed. The whole area was declared as a pollution-free zone to make it suitable for the life science sector. Fortunately, BP Acharya utilized his subsequent assignment (MD, HMWS&SB) in 2004-05. It enabled him to complete the project to draw water from a distance of about 20 km (Alwal reservoir of Water Board). A felt need for the cluster was met. This paved the way for its growth and expansion in the years to come. Meanwhile, it was felt necessary to hold a regular event to showcase Genome Valley. That is how Bio Asia (which has grown to become one of the major global shows over the years) and FABA (Federation of Asian Biotech Associations) were born.

Soon, the area allotted for the biotech park was fully occupied and there was a need to plan for its expansion. When Acharya came back to the industry sector again in 2005, this time as MD, APIIC, he could earmark 100 acres of land next to ICICI KP in Lalgadi Malakpet, as Biotech Park Phase-II (partly notified as SEZ); and later 150 acres in the nearby village of Karkapatla for Phase-III. This is now fully occupied and the search is on for identifying land for the next phase. In Phase-II, a major vaccine manufacturing facility was set up by Biological E. This is now collaborating with Johnson & Johnson for their Covid vaccine. In Phase-III, Indian Immunologicals has also set up a major vaccine manufacturing unit and is involved with another Covid vaccine candidate. In Phase-II, 100 acres were allotted by the state government to ICMR for setting up of National Animal Research Facility (NARF) — the largest of its kind in India. It will be a big boon for the biopharma industry in terms of pre-clinical trials and other things.

Thus, over the last two decades, the Genome Valley has emerged as a truly global life sciences hub. Today, it hosts over 300 companies, including major international players. It employs over 20,000 persons, either directly or indirectly.

It is indeed a proud moment for all those involved in this venture since its inception. The initiative taken almost a couple of decades ago is at the forefront of the battle against the pandemic. The story of the Genome Valley is also an example of building a viable ecosystem for a successful industrial cluster. It entailed careful planning and implementing each of the elements essential for its growth, meticulously placing bits and pieces of the big jigsaw puzzle together. BP Acharya and his committed team present a great example of Nexus of Good as they leverage public-private partnership to demonstrate that good ideas can be realized and scaled.