Home > Books > Delicacies and their panoramic past
Books

Delicacies and their panoramic past 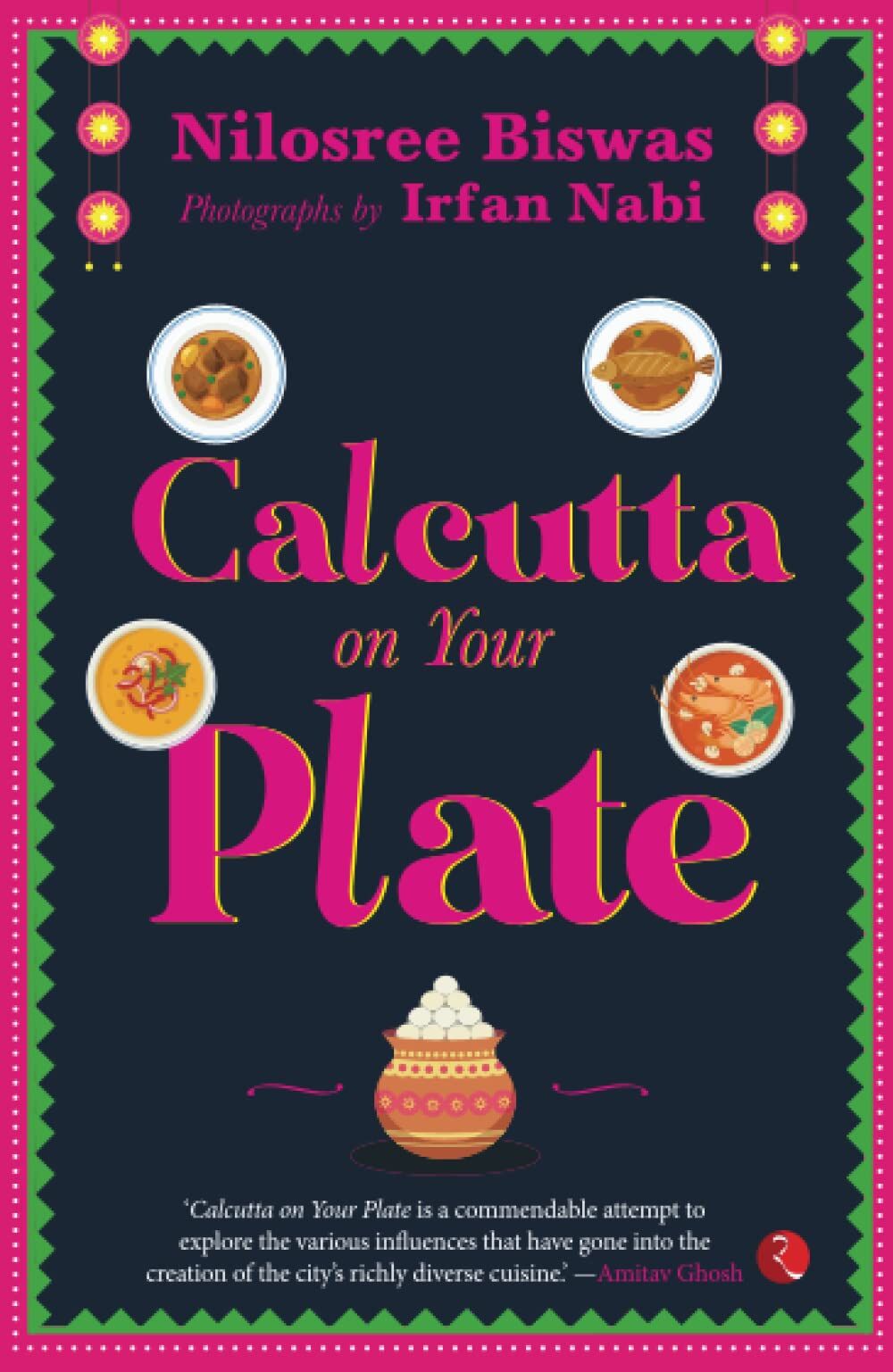 In 1780, an intriguing announcement made by a hotel in Calcutta kept by Sir Elijah Impey's late steward and Sir T. Rumbold's late cook read: 'turtles dressed, gentlemen boarded and families supplied with pastry'.

The advert, at first glance, reveals a swaggering high life of Calcutta, a picture of consumption, of plenteous abundance. Dalrymple notes in The Anarchy:

Calcutta itself had turned into a boomtown with a population of 400,000, more than double than that at the time of Plassey. Now known as the City of Palaces or the St Petersburg of the East to its British inhabitants and the Paradise of Nations, Zannat-Al-Bilad to the old Mughal aristocracy, the Company's bridgehead in Bengal was unquestionably the richest, largest and most elegant colonial city in the East.

Another historian, Katie Hickman, draws a reference of Calcutta through English traveller, letter writer and merchant Eliza Fay's graphical letters. Fay landed in Calcutta in 1780 with her husband and instantly felt a connection with the city. She writes: 'The banks of the river are as one may say absolutely studded with elegant mansions, called here garden houses. These houses are sur-rounded by grooves and lawns, which descend to the water's edge, and present a constant succes-sion of whatever delight the eye, or bespeak wealth and elegance in the owners.'

The surrounding affluence comes across well in her observation, highlighting spectacular architec-ture showy enough for anyone willing to notice. The sight of the serene Hooghly 'together with [an] amazing variety of vessels continually passing on its surface, add to the beauty of the scene', writes Hickman.

Beyond its apparent grand look, which caught the fancy of almost anyone who visited the city, Cal-cutta was thriving big time. Once urbanization began, many were willing to invest in the city, antici-pating growth. The traditional landed gentry had moved to the city, forming the wealthy class. A.K. Roy, civil servant and city historian, while describing the earliest demographic pattern, mentions that:

The western part of Calcutta formed the most populous, important and architecturally adorned quarters of the native town. It included Kumartoli, Hatkhola, Jorabagan and Barabazar, all stretching by the bank of the river. Here dwelt those powerful contractors who supplied goods for the Company's investment, and amassed great wealth. Here lived the chief banians who drove a thriving business and made large fortunes. The Setts of Murshidabad, with the wealth of princes, had a gadi (commercial seat) here. Many of the chief officers of the native Government, Rai Doorlub, Raja Manickchand and Futtehchand, had mansions in this part of the town. The Sikh merchant, Omichand, who is more famous for his big beard which has passed into a prov-erb, than for his wealth amongst native Indians, lived in his own house, north of the Laldighi, in the European quarter of the town.

These and some more of the well-known elite Bengali families became the Company's partners in trade, with the Seths and the Basaks chosen as the Company's main broker. What all was being traded and who traded in what find a detailed description in Basu's Bazaars in the Changing Urban Space of Early Colonial Calcutta:

Apart from these big merchant houses, there were big firms who acted as auctioneers or com-mission agents during the late 18th century, like Messrs. King, Johnson and Pierce; Mouat and Faria; Stewart and Brown; Tullah & Co.; etc. The last firm became a big name in this business and carried on for almost fifty years. They sold and commissioned a wide range of articles from black bear and rabbit skin tippets to Persian attar or essence of roses to cider and other kinds of intox-icating drinks to guns to soda water to Madeira wine to even the Dharmatala Bazaar. The Euro-peans, it seems, also engaged themselves, apart from trading, of course, (in spices, clothes, liq-uor, wine, indigo, opium, salt petre, etc.), in manufacturing businesses dealing with carpentry, glass work, gun making, washing and mangling, distillery, jewellery, coach-making, etc. and ca-tered essentially to the European population residing in the city.

That surely is a vast selection of items and it naturally would need a multitude of bazaars. By the mid-eighteenth century, there were more than one important bazaar—'Soba (Sova Bazaar), Do-bapara, Hautcola, Baugh (Bazaar), Charles (Shyam Bazaar), Sam New (New Shyam Bazaar), Bagan (Begum Bazaar), Ghasthola (Gasthola) and John Nagore (Jaun Nagar)' —and they reflected a grow-ing culture of consumption. Merchant establishments vied for a space in the most strategically lo-cated bazaars. Soon, bazaars and hotels became reasons for Bengalis to nurture an urge for aspi-rational living. The items sold in these markets were not meant for bulk use only but were associ-ated to a delicate, luxuriant lifestyle.

An assorted, random list of items sold would comprise Belgian looking glasses, wines and spirits, cigars, jewellery, hair dryers, hats, tobacco, perfumes, cheese, thea aka tea, biscuits, sugar, oys-ters, ginger, coffee, sweet candies, and more. For the British and other Europeans, such products were indispensable in retaining their usual lifestyle, but for Bengalis, freshly christened into the world of unfamiliar luxury, it was a gateway to an aspirational life.

The East India Gazetteer of 1815 reported a long list that included food products and décor items, while Hickey's Bengal Gazette published advertisements for theatres, ballroom dancing, pricey exotic liquors and the newly opened confectionary shops. The imports were primarily of British origin as well as from the other colonies of the Dutch, British and Portuguese. These advertise-ments revealed more than meets the eye, indicating new purchases made by Bengalis. Carey writes: 'Messrs. Dring, Cleland and Co., on June 4th 1795, advertise "for sicca rupees and ready money," the [following] wines and liquors, and the prices at which they are offered will show what were the prevalent rates of the day on these articles.' There were handpicked Madeira, French Claret, Cognac in gallons, Old Rum never sold in single but always in dozens. Words like 'superior quality' and 'handpicked' were added to boost the sales. Unimaginable as it may seem now, a gal-lon of Cognac would cost Rs 3–8, while a dozen of raspberry and cherry brandy pints would be just Rs 18 and were considered costly.

Cheese, a novelty, was introduced by the Portuguese and was also imported from England. There was no mozzarella or cheddar in the growing town but a fine variety called 'pine cheese' and, of course, Portuguese cottage cheese, which were named after the locations of their settlements like Dhakai paneer and Bandel cheese. The imported cheese would cost Rs 3–8 in the measure of a pound, while the cottage cheese was the more prized one and considered far more exotic by the locals.

Exotic was in abundance then. 'Fine Hyson teas' were advertised 'in 1793 at 250 sicca rupees the chest, 125 the half, 64 the quarter, and nine rupees the seer' and 'fresh oysters were advertised for sale at John Morris, Cossitohllah Street, at three rupees per dozen, July 1808'.

Cigars were sought after by firangis and locals alike. 'Bhilsa, which is still famous for its preparation of the perfumed tobacco for smoking in the hookah, was, in 1793, very celebrated, and exported to Calcutta.

For the upper-class Bengalis, these were objects of desire and it was just a matter of time before they would soak themselves fully in a new social order. Soon, aspects of trivial daily life underwent changes for the baboos. When feverish, they would no longer rub a pinch of mustard oil on their chest, to which their olfactory cells were forever familiar, but chose instead 'real Manilla Segars or cheroots freshly arrived from Philippines at one rupee a bundle'.

By the late-eighteenth century, well-off Bengali baboos played smartly in the game of money-making, leading an indulgent Anglophile life, as they worked up their ladders of fortunes. With more foreign-sounding products flooding the markets of Calcutta, upper-caste and upper-class Hindu Bengalis started turning in droves to shop, thus embracing a cosmopolitan life, which they hadn't really planned.

(Excerpted with permission from Nilosree Biswas' Calcutta on Your Plate; published by Rupa Publi-cations)