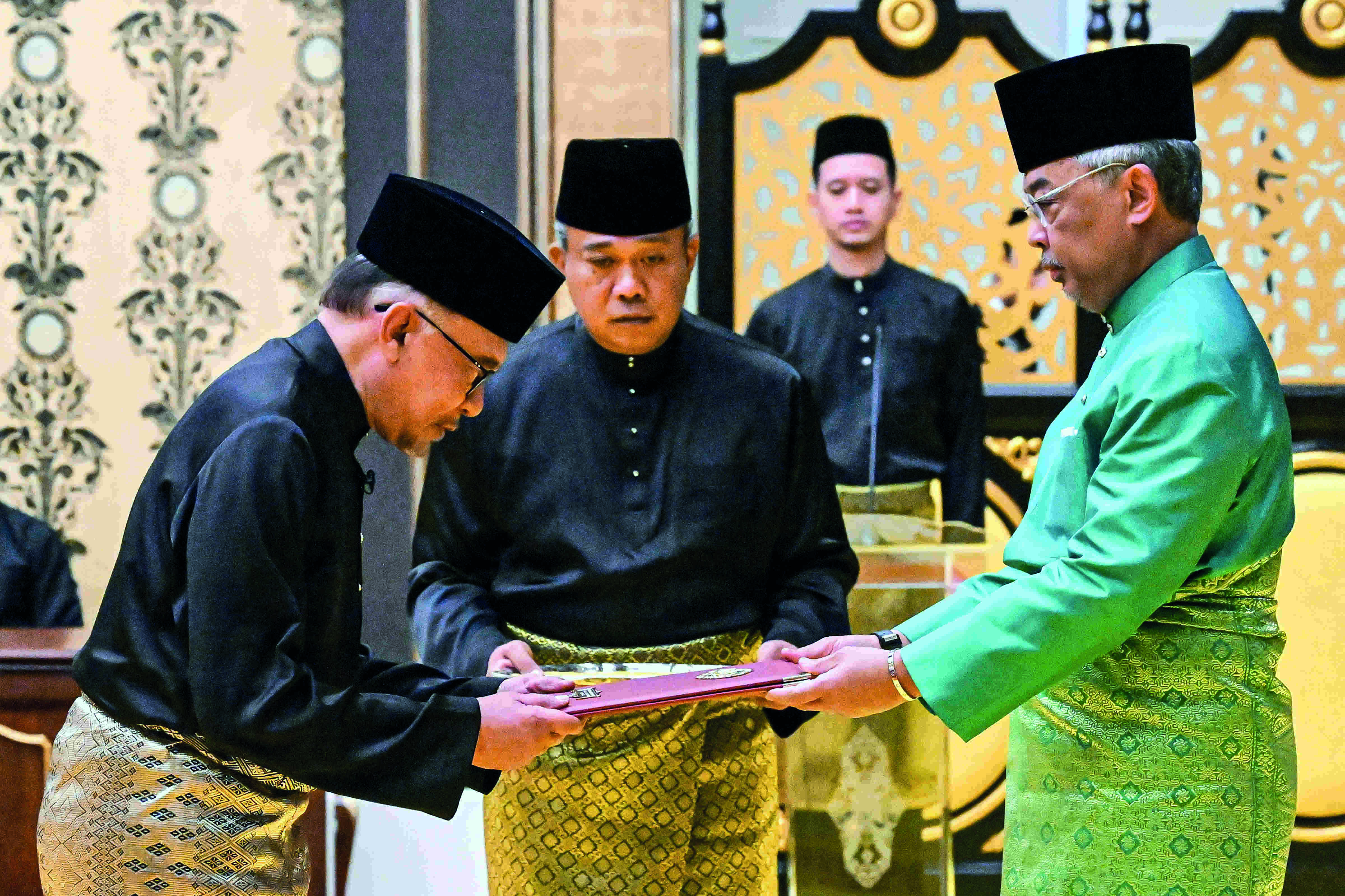 Kuala Lumpur: Long-time opposition leader Anwar Ibrahim was sworn in as Malaysia's prime minister Thursday, in a victory for political reformers locked in a battle with Malay nationalists for days after the divisive general election produced a hung Parliament.

Broadcast live on national television, Anwar took his oath of office Thursday evening in a simple ceremony at the national palace. Malaysia's king, Sultan Abdullah Sultan Ahmad Shah, named Anwar, 75, as the nation's 10th leader after saying he was satisfied that Anwar is the candidate who is likely to have majority support.

Anwar's Alliance of Hope led Saturday's election with 82 seats, short of the 112 needed for a majority. An unexpected surge of ethnic Malay support propelled Former Prime

Pan-Malaysian Islamic Party emerging as the biggest single party with 49 seats. The stalemate was resolved after the long-ruling bloc led by the United Malays National Organisation agreed to support a unity government under Anwar. Such a tie-up was once unthinkable in Malaysian

politics, long dominated by rivalry between the two parties. Other influential groups in Borneo island have said they will follow the king's decision. "His Royal Highness reminds all parties that the winners do not win all and the losers do not lose everything," a palace statement read. The monarch urged Anwar and his new government to be humble, and said all opposing parties should reconcile to ensure a stable government and end Malaysia's political turmoil, which has led to three prime ministers since 2018 polls.