Past masters of contract theory

While Oliver D’Arcy Hart is best-known for his work on incomplete contracts and allocation of residual rights, Bengt Robert Holmström worked on design of employment contracts where the output of the employees was not perfectly observable 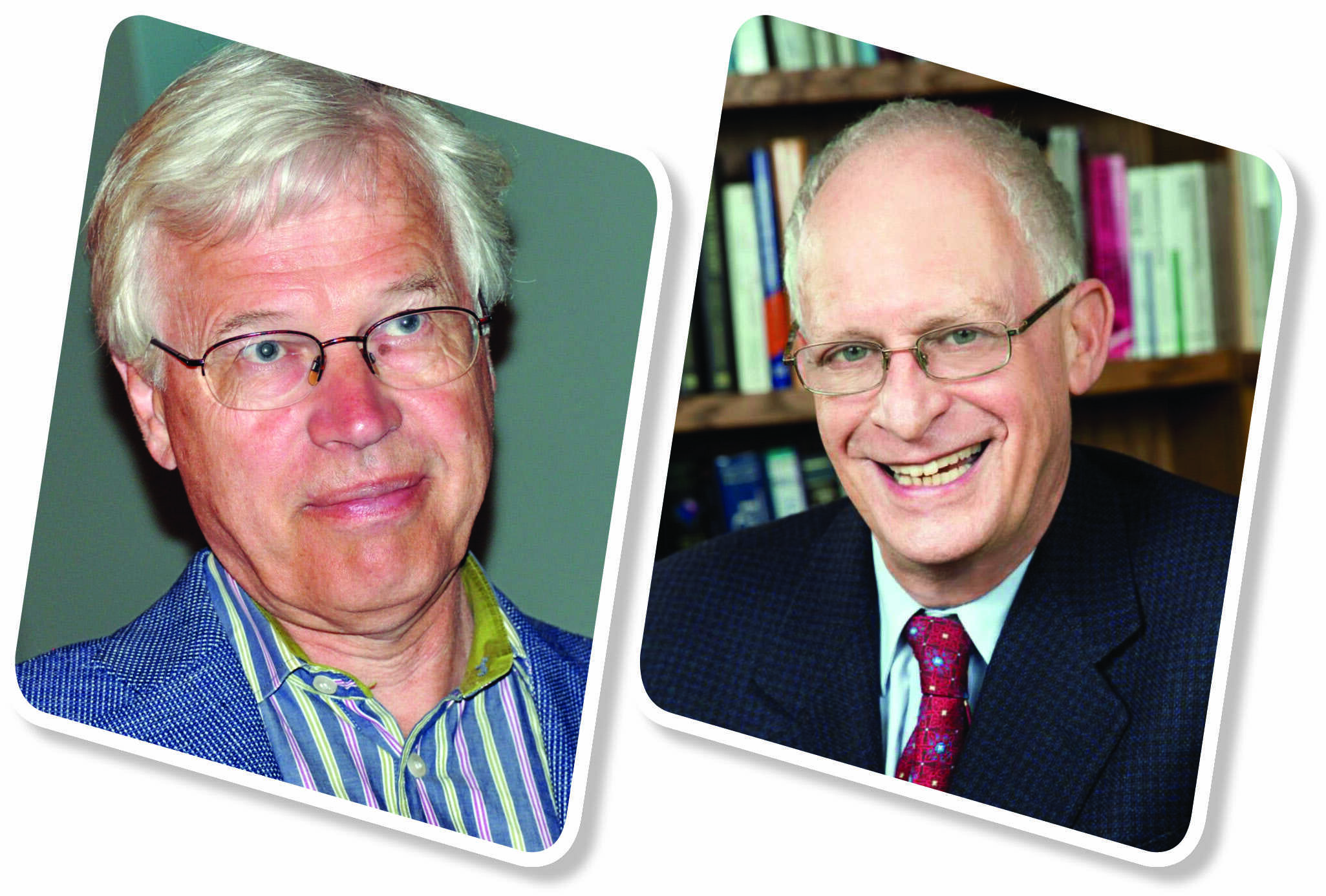 The Nobel Prize in Economic Sciences in 2016 was jointly awarded to Oliver Hart, then at Harvard University and Bengt Holmström, then at Massachusetts Institute of Technology, "for their contributions to contract theory".

Hart did his undergraduate studies in mathematics from Kings College, Cambridge, which he finished in 1969. After this, he did a Masters in economics from Warwick University in 1971 and his PhD from Princeton University in 1974. His doctoral work was on the theory of general equilibrium with incomplete markets and his thesis supervisor was Michael Rothschild. After completing his PhD, Hart taught at the University of Essex for a while and then moved to Cambridge University where he stayed till 1981. From 1981 to 1984, Hart taught at the London School of Economics, and thereafter, he moved to MIT where he stayed till 1993. In 1993, Hart joined Harvard University as faculty.

Holmstrom did his undergraduate studies in mathematics, physics and statistics, from the University of Helsinki, which he finished in 1972. After this, he moved to Stanford in 1974 for doing Masters in operations research, transitioning to his PhD in decision sciences from the Graduate School of Business at Stanford, which he completed in 1977. His thesis was on incentives, information asymmetries and contracts. His thesis supervisor was Bob Wilson. After his PhD, Holmstrom went back to Finland to work for a while at Hansen School of Economics and then came back to the US and taught at North-western University during 1979-83. In 1983, he moved to Yale where he stayed till 1994. In 1994, he joined the Sloan School of Management at MIT as faculty, where he continues to teach.

In this article, we will review the main works of Hart and Holmstrom and look at how they continue to be relevant for many policy decisions across the world.

Hart is best-known for his work on incomplete contracts and its implications on principal-agent theory. Hart's work began with his doctoral thesis and continued thereafter in collaboration with other economists. The first collaboration was with Sandy Grossman in 1976 with whom he explored the manager-shareholder dynamic. This work expanded and looked at the best ways to incentivise management, and was captured in their 1983 paper, 'An Analysis of the Principal-Agent Problem', published in Econometrica. The authors argued that market allocations under uncertainty, and when moral hazard exists, are not optimal. They gave a mathematical model of the principal-agent theory in this paper.

Hart was inspired by the works of Coase on the nature of the firm and Oliver Williamson's work on markets versus firms and transaction costs. This was also the reason that Hart had started thinking of contracts as a unit of analysis, rather than markets. After the 1983 paper, Hart began asking the same question that Coase had asked in 1937: why do firms exist? But Hart's context was different: he wanted to examine the limits of contracts and how contracts are different from firms. This led Hart to his defining work on incomplete contracts. Incomplete contracts, as we know, are those where all eventualities are not completely specified. This could be due to poor wording, ambiguity or a simple inability to comprehend all situations. Hart went deep into these questions: which parts of an incomplete contract will be decided by whom and under what circumstances? On what basis? Who has the residual control rights and why are those important? Hart treated residual control rights as a good that needed to be allocated optimally. To quote Hart from his Nobel lecture:

Residual control rights are like any other good: there is an optimal allocation of them. Sometimes it is more efficient for one owner to hold all the residual control rights, and sometimes it is more efficient for these control rights to be split between several owners. Which is the case will determine whether firms A and B should merge or stay as separate entities. Grossman and I constructed a formal model along these lines (see Grossman and Hart (1986)), and I developed the ideas and model further in work with John Moore (see Hart and Moore (1990)). Collectively these papers are often referred to as "property rights theory" (PRT).

To elaborate on the 1986 paper, 'The Costs and Benefits of Ownership: A Theory of Vertical and Lateral Integration', published in the Journal of Political Economy — Grossman and Hart argued that residual rights are critical and wrong allocation of these rights can have harmful effects. To quote from their paper:

Hart also underlined the importance of human capital vis-à-vis physical capital in the application of incomplete contracts. For example, if there is a backward integration of a power plant buying out a coal mine to avoid dependence on the whims and fancies of the coal mine, such an integration would only be worthwhile because the power plant would have better control over the coal mine manager.

Hart applied his general theory of incomplete contracts to financial contracting (corporate takeovers and the balance of debt and equity financing) and whether goods and services should be provided by the public or private sector. Hart's research also suggested that prisons should be run by the government, whereas municipal services such as garbage collection and defence production services such as weapon production should be privately contracted.

Holmström is best known for his work on one aspect of the principal-agent problem — the design of employment contracts. His work focussed on the design of contracts where the output of the employee is not perfectly observable. He proposed the 'informativeness principle' which says that an employee's compensation should depend on the quality of performance. Holmstrom's objective was to design the most optimum contract, which would weigh risks and incentives when an employee's output was unobservable or difficult to measure. A corollary of this principle is that CEOs should not be paid solely on the basis of their company's stock price, which can be influenced by industry-wide factors that are out of any executive's control, but rather by the company's stock price relative to the stock prices of other companies in the same industry.

Holmstrom extended his work to suggest a general framework which was closer to the real world — it covered promotion, division of compensation, shirking and the free-rider problem and whether to carry out tasks inside the firm or outsource it. In the 1980s, he suggested that equal division of compensation among team members would lead to free riding by the shirkers. Taking this theme further, he co-authored two papers with Paul Milgrom — 'Multitask Principal-Agent Analyses: Incentive Contracts, Asset Ownership, and Job Design' (1991) in the 'Journal of Law, Economics and Organisation' and 'The Firm as an Incentive System' (1994) in the 'Journal of Economic Literature'.

In the 1991 paper, they laid down the multitask principal-agent model, which studied incentives and their implications when workers have competing activities. In the 1994 paper, the authors used this model to look at various incentives that the workers may be offered — performance-based incentives, asset ownership by workers, or the workers having better control over their jobs. The interplay of these incentives determines whether the firm will 'make or buy' — i.e., the firm will either take up production in-house or outsource the procurement. Another aspect brought out by the authors was that a worker carries out multiple tasks, all of which are not easily observed or evaluated. If the incentives are given only for the easily observed or evaluated tasks, the worker would tend to neglect other tasks and focus only on the incentivised tasks. In fact, Holmstrom suggested that incentives can sometimes be dysfunctional. To quote from his Nobel lecture:

Today, I know better. As I will try to explain, one of the main lessons from working on incentive problems for 25 years is that within firms, high-powered financial incentives can be very dysfunctional and attempts to bring the market inside the firm are generally misguided. Typically, it is best to avoid high-powered incentives and sometimes not use pay-for-performance at all. ­The recent scandal at Wells Fargo explains the reason (Tayan 2016). Monetary incentives were powerful but misaligned and led some managers to sell phony accounts to enhance their bonuses.

Holmstrom got his initial insights on incentives when he worked for the Finnish company Ahlstrom as a corporate planner. His main job was to collect data on factories. While doing so, he found that giving incentives to workers is not always productive.

Hart and Holmström worked on different aspects of contract theory. While Hart shed light on the importance of incomplete contracts and the importance of residual rights, Holmström taught us how to design a contract where the employee's output was difficult to observe or evaluate. Their works have helped in designing public policies in varied areas such as municipal governance, prison reforms, corporate governance and labour contracts.