With Pakistan buckling under the pressure of Afghan-based terror outfits, India stands an opportunity to reestablish its ties with Kabul 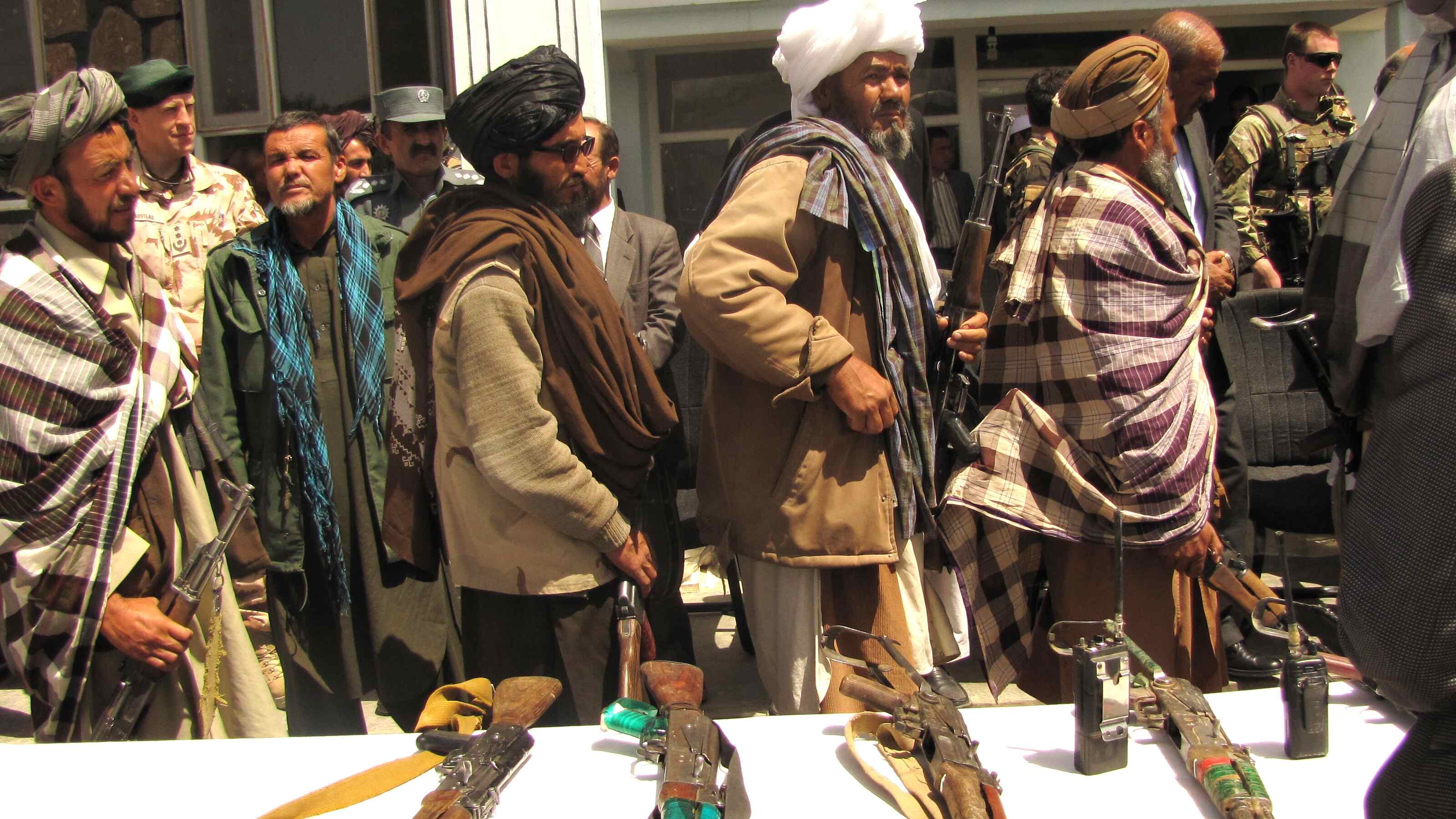 A few weeks after the Pakistan government entered into an agreement with the banned Tehreek-i-Taliban Pakistan (TTP) and the ruling Taliban in Afghanistan, an Indian delegation met with the leadership of the militant outfit ruling Afghanistan and promised unhindered food aid and other assistance. Though the two events were mutually unrelated, apprehensions have been raised regarding the ultimate success of both these negotiations due to the involvement of Kabul's "Islamic Emirate". Following the Taliban takeover on August 15 last year, Afghanistan has suffered an almost complete economic collapse and the entire population is faced with severe food shortage. The Taliban takeover has seen many countries freezing foreign assistance to the new regime there. Following an appeal by the United Nations, India had promised 50,000 metric tonnes of wheat as humanitarian assistance in January this year, to be transferred overland through Pakistan. But this initiative could not fructify as transit trade between India and Pakistan stood suspended since 2019 by Islamabad, following the abrogation of Article 370 by the Narendra Modi government in October that year. Much negotiations later, Islamabad allowed the shipment. Modalities and mechanisms for these shipments to pass through Pakistan without paying customs, duties or other fees were finalised in early February and the first 50 trucks of a 50,000 metric tonnes shipment of wheat passed through the Indian border post of Attari on February 22. These went through the northwestern Pakistani border crossing of Torkham into Afghanistan, the area now under complete control of the Taliban. The Afghan flag at this outpost has been replaced by the Taliban flag and the fighters of the militant outfit are now negotiating with the Pakistani authorities with whom they still have strained relations.

In Pakistan, almost during the same time, there was a sudden spike in terrorist attacks on soft targets. Months after the Taliban takeover of Afghanistan in August 2021, a series of incidents such as attacks on Christian minorities, the killing of Pakistani soldiers and security personnel in Balochistan and the tribal areas of Khyber Pakhtunkhwa were reported. In almost all these cases, the TTP had either claimed responsibility or investigations had established their involvement. Since the TTP leadership and most of its militant cadres are ensconced in Afghanistan, the Taliban government in Kabul has been either unwilling to act against its ideological brothers or has little control over them due to the TTP declaring allegiance to their leadership. Security experts have already warned that the TTP could forge links with other terrorist outfits like the ISIS-Khorasan to retain their autonomy in influencing the state of Pakistan for their demands. According to the Pakistan Institute of Peace Studies, this year alone, at least 79 people have lost their lives in nearly 46 attacks. However, Pakistan's attempt to hit them back in their safe havens has remained ineffective because of the Afghan government's protestations. This has left Pakistan with no other alternative but to respond to the Taliban government's offer of a peaceful settlement.

It was in this backdrop that Islamabad held the peace talks with the TTP, which it had itself banned earlier, and the Tehreek-e-Taliban Afghanistan (TTA) since May 18. It was also not surprising that these talks were mediated by Afghan Interior minister Sirajuddin Haqqani, who heads the Haqqani network. This network is known to have had very close relations with the Pakistani security establishment and serves their interests in the northern areas. The Pakistan government and the TTP and TTA agreed to extend the ceasefire indefinitely and pursue negotiations on other issues to end the conflict that has seen mass dislocation and killing of thousands of people in Pakistan's tribal region and the country at large. After these talks, on June 13, at a meeting of the Pakistan People's Party (PPP) under the chairmanship of Foreign Minister Bilawal Bhutto and Asif Zardari, a decision was taken to constitute a three-member committee of senior leaders to reach out to other political parties in Pakistani Parliament over these parleys with the TTP and the TTA. While Pakistan-watchers have been concerned over the agreement between the Taliban factions and the Pakistan regime, fears have even been expressed by Pakistani politicians and strategic experts, many of whom have held that the TTP has emerged more potent after each deal brokered between it and the Pakistani establishment. They have also pointed to the risks and escalations beyond the peace talks, as reflected in the surge of terror activities in Pakistan following the Taliban takeover.

During these deliberations, the TTP has set a major demand to cut any peace deal with Islamabad — that of reversal of the merger of the Federally Administered Tribal Areas (FATA) with Khyber Pakhtunkhwa. Among other things, it has also demanded substitution of all military forces from the border region with paramilitary Frontier Corps personnel, enforcement of the Shariah law in the tribal areas, release and pardon of its commanders and fighters jailed in Pakistan and complete freedom of movement for the TTP members. The talks have given time to the TTP to mobilise and stack up resources in Pakistan, especially on its western and northwestern borders, posing an existential threat to Pakistan's polity. The TTA is also consolidating its gains and enhancing military might in Afghanistan.

Among the Pakistani security experts, a vocal opponent of these peace talks is former corps commander and inspector general of Frontier Corps, Lt Gen (Retd) Tariq Khan, who has categorically said: "If we have to talk to them, we should only negotiate on the terms of surrender." Referring to the condition of the TTP about reversal of FATA's merger, he expressed surprise and asked how could a terror outfit demand that it would govern a part of Pakistani territory, local media has reported. Former national coordinator of the National Counter Terrorism Authority Ihsan Ghani was not hopeful about the success of the peace talks with the TTP. "Any such agreement would be an eyewash and short-lived," he was quoted as saying. Analysing the major TTP demands, these Pakistani experts have opined that since the Afghan Taliban was a guarantor of these peace parleys, it could assume a pivotal role in the politics and maintenance of peace in Pakistan. The acceptance of TTP demand for the release of Talibani terrorists from Pakistani prisons would only help in re-energising and strengthening the terror outfit. There was also a possibility that they could emerge with a new name and strengthen their activities, with free movement across the border into Afghanistan. TTP's demand for withdrawal of Pakistani security forces from the border areas would mean state surrender to a small batch of 4,000 to 6,000 armed militants. TTP's nexus with Al Qaeda and ISIS-K would pose a serious threat to regional security and the peace agreement may not be accepted by the international community, they have felt.

In this backdrop, Indian officials held parleys with the Afghan Taliban regime on June 2 that led to the successful transportation of Indian food aid to Afghanistan through Pakistan. However, New Delhi made it categorically clear that its aid and assistance to Afghanistan did not in any way imply recognition of the Taliban rule. India is one of the few countries that has opposed the process of reconciliation with the Taliban. In fact, New Delhi has supported anti-Taliban forces for decades and opposed the Taliban at all international forums, including the United Nations. One of the reasons why India was reluctant to open channels of communication with the Afghan Taliban, despite US insistence, was that it viewed the outfit as Pakistan's proxy. New Delhi has in the past accused the Taliban of targeting its development projects in Afghanistan. The Taliban takeover last year had forced India to shut down its diplomatic mission and development projects in Afghanistan. At the June 2 meeting, the team of Indian officials met the acting Taliban foreign minister and discussed bilateral ties and humanitarian aid. This was the first visit by Indian officials to Kabul since the closure of the Indian embassy there. The meeting only "focused on India-Afghan diplomatic relations, bilateral trade and humanitarian aid," a Taliban foreign ministry spokesman said on Twitter. He said the minister termed the parleys a "good beginning in ties between the two countries". The Indian officials also oversaw the delivery of humanitarian assistance and visited areas where India-backed programmes or projects were under the works.

India has been the region's largest provider of development aid to Afghanistan before the Taliban takeover, investing around USD 3 billion in projects including schools, roads, dams and hospitals since 2001. The Taliban takeover has posed a strategic setback for India and a reversal of those gains. But analysts feel that New Delhi could now gradually rebuild some ties with Kabul, where Pakistan has wielded considerable influence so far. India could slowly pick up the threads of some of the development projects it has invested in and engage the Taliban rulers. These experts feel that if India is not in Afghanistan, then Pakistan will remain the predominant player in that country. In the domestic arena, India faces real threat of terror strikes from outfits like Al Qaeda and ISIS, which have a nexus with Taliban. So, India has to respond to its own and regional imperatives.