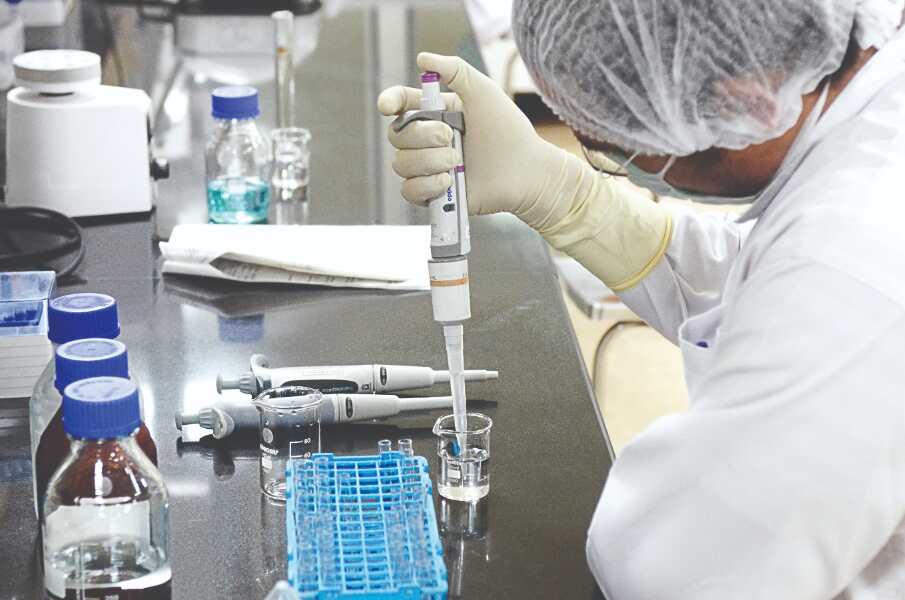 For the past few weeks, India's stellar contribution in managing the global COVID-19 health pandemic acquired a new facet. Turning on its head the predictions of being among the most vulnerable and one of the worst-hit countries by this scourge, India is now at the forefront with its inoculation programme and subtle vaccine diplomacy.

Since the launch of its own ambitious programme to inoculate 300 crore people by the summer, India is active in supplying the vaccine to its neighbours and other parts of the world, both as a friend and a trustworthy commercial supplier across the globe.

Such is the focus on what happens in India, that an early report of a possible restriction in making vaccines available to the other countries caused a wave of anxiety, which calmed after a categorical denial by the Government. Then a fire in the factory of the vaccine manufacturer caused concern, which settled after the world was informed the accident will not affect the vaccine production.

By the third week of January, India provided some 55 lakh doses to countries in the neighbourhood and its extended arc and gifted nearly nine lakh doses to countries in the Pacific and the Caribbean region. There are plans to supply another 1.10 crore doses to Africa and the UN health workers under COVAX programme, while permitting commercial supplies to Bangladesh, Brazil, Canada, Saudi Arabia, South Africa, Mongolia and Morocco.

India took a leadership role in providing solutions as the world continues to battle the biggest health challenge of the century, first by sending consignments of supplies including medicines and Personal Protection Equipments and later, in reaffirming its position as a major pharmaceutical supplier through vaccines.

Be that as it may, these steps added sheen to India's standing in the world as a dependable friend. As the global order is on the verge of being reshaped, there are a few other areas where countries—both in the region and elsewhere will be looking for leadership.

The global health pandemic brought a sharp realisation that institutional response of existing structures could not come up with cogent solutions, while more affluent countries got enmeshed in the situation at home, turning attention inwards instead of providing leadership during the crisis.

Experience during 2020 also brought to fore, the fact that the world will have to gear up to the unexplained ambitions of an aggressive China. Most countries are now crafting foreign policies and planning strategic moves with China as a major calculation. For India, the situation is no different with the stand-off in the Galwan valley where Beijing amassed troops forcing New Delhi to make counter-deployment, adding to its calculation. Besides the altering geo-political landscape, the world is preparing to chart a way out of the economic distress that most economies are in, on account of the severe downturn caused by the pandemic and resultant restrictions on movement.

India is positioned to play a critical role not just in geo-strategic terms alone but also in leveraging technology and blend its Atmanirbhar Bharat (self-reliant) campaign to the global quest of shifting manufacturing bases out of China. Known for its prowess in the field of Information Technology, India is experimenting with digital platforms to deliver welfare measures and keep track of developments so that these reach intended beneficiaries.

Even before COVID-19 became a health concern, the trade war between the United States and China made many countries think of setting up manufacturing plants in other countries or relocating existing ones away from China. In the post-Covid era, these attempts would accelerate as most countries found that dependence on China resulted in disruption of supplies. Sensing an opportunity, India announced its intention to be a part of the global supply chain; and endowed with a large young workforce, the country should be able to cover greater ground.

India's capacity to rise to the occasion and provide assistance in times of need came to the fore during the 2004 tsunami. Soon after the catastrophe left a trail of destruction across the Indian Ocean region, India moved its resources swiftly, providing humanitarian aid and relief to the countries in South and South East Asia even as it attended to repair the unprecedented damage caused by the calamity to its own shores and islands.

Chiseling this policy, India's humanitarian assistance continued during the past decade from supplying drinking water to Maldives in times of emergency to despatching disaster relief as an earthquake jolted Nepal.

These are a few areas where India can demonstrate its ability to show the path in a multi-polar world it envisages. It coincides with its two-year membership tenure as a non-permanent member of the UN Security Council that began this January. And by the year 2023 arrives, India is set to take over the presidency of G20, getting another opportunity to play a dominant role in the post-pandemic world.