Aid pouring in from major countries will, apart from ensuring the wellbeing of Indians, address the concerns of vaccine availability in middle-income countries 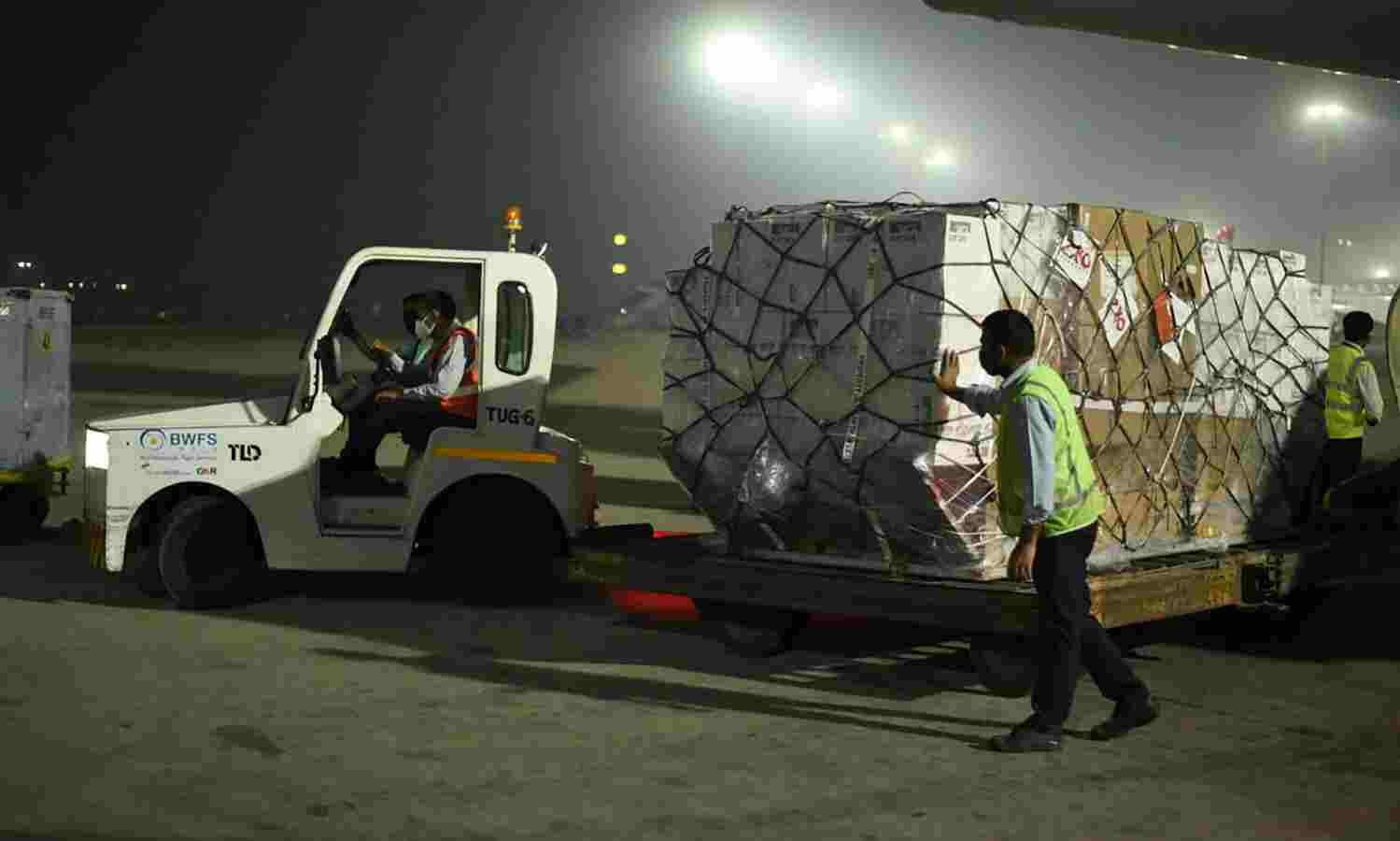 The brutal second wave is causing immense stress on the medical infrastructure in the country. The situation turned critical with hospital beds running scarce and people gasping. Within a span of a few months India, which was exporting medicines and vaccines elsewhere in the world, began scouting for aid.

A country that sent medicines last year to tackle the first wave spreading across the United States and Europe is now receiving aids. On his part, External Affairs Minister S Jaishankar characterised the government's intervention as an act of "friendship" and not aid. Emphasising that last year when the time came India sent medicines and vaccines to some countries. "What you describe as aid, we call friendship," the minister said.

The Ministry, through embassies and high commissions, worked with countries to source relief material. The Government of India is receiving COVID-19 medical supplies and relief materials since April 27. The latest data show as of May 23, 17,755 oxygen concentrators, 15,961 oxygen cylinders, 19 oxygen generation plants, 12,913 ventilators/BiPAP and nearly seven lakh Remdesivir vials were delivered/dispatched to states and UTs. The Ministry of Health is coordinating the efforts after the criticism that bureaucratic hurdles resulted in obstruction of aid at ports and lack of transparency in distribution among the states and UTs.

After the initial tepid response, the United States, like many other countries, swung into action. According to an official estimate, aid worth USD 100 million will be flowing to India while those from the businesses and others will add up to another USD 400 million.

Aid providing succour to the people hit hard by the second wave remains a top priority but a more challenging task before the government is to ensure a steady supply of doses to vaccinate the majority of adult Indians.

The Modi government's policies were denounced on two counts – lack of preparation and inadequate medical infrastructure to face the second wave; and providing vaccines to the world both as part of commercial contracts and supplies to friendly countries including those in the neighbourhood, resulting in less availability at home.

The United States is inoculating people in the country through two vaccines, one produced by Pfizer and the other by Moderna, while the country holds huge stocks of AstraZeneca (Covishield) doses, which is still not authorised for use there. Johnson and Johnson is also ready with its vaccine.

With both Pfizer and Moderna rejecting the idea of dealing with states in India, preferring to engage directly with the Government, EAM Jaishankar should be able to clinch an agreement. At the same time, efforts should be made to secure the AstraZeneca vaccines that US President Joe Biden promised to grant to other countries.

The challenge does not end there. India will have to work to ensure a steady flow of raw materials required by Indian vaccine manufacturers. The occasion will also allow India an opportunity to work out modalities on the TRIPS waiver proposal at the WTO. While the United States endorsed the proposal, moved jointly by India and South Africa, it would require some heavy lifting by Washington to convince influential members of the trade body to work on the modalities.

Influential Indian-American lawmaker Rohit 'Ro' Khanna recently argued that the United States must do much more to help India and to make the world a safer place through vaccination.

Juxtaposing the irony of India, the pharmacy of the world currently struggling to produce vaccines to inoculate its millions, Khanna is of the view that the US should provide vaccines, raw materials and technology used by US pharma majors to produce the doses in India.

The concern arises not just for the wellbeing of Indians but also for making vaccines available to low and middle-income countries. In order to deal with the tremendous challenge of vaccine nationalism, the World Health Organisation started the COVAX (Vaccine Global Access Programme) towards which India contributed in the first few months of this year. Now faced with its own problems, India is not in a position to resume supplies in the near future unless production is ramped up by leading countries.