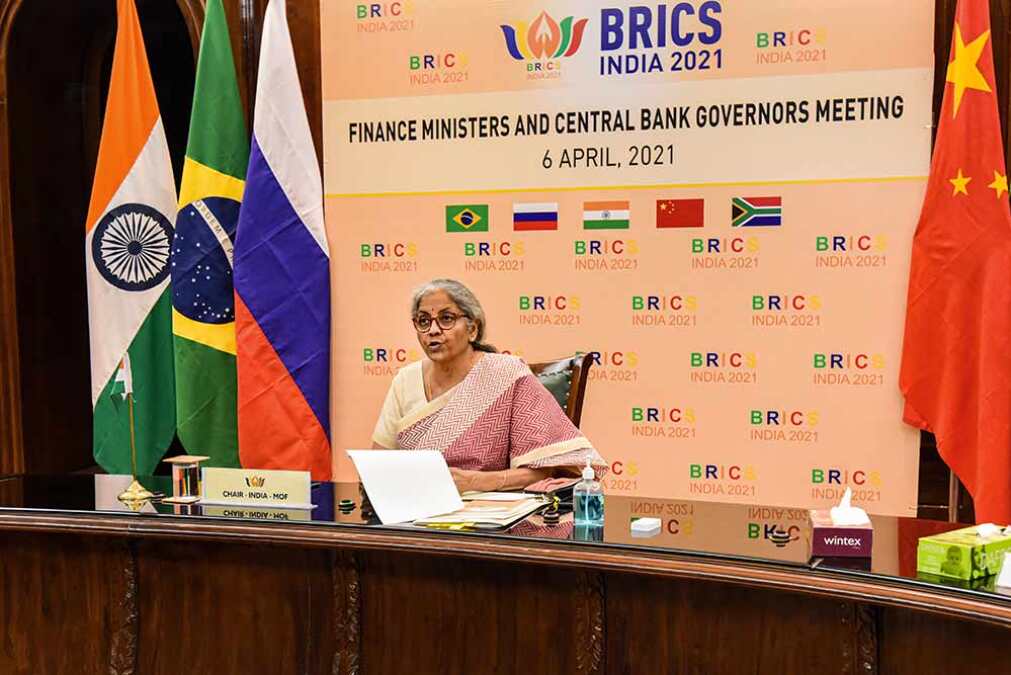 15 years after it came into being, the spotlight returned to BRICS (Brazil, Russia, India, China and South Africa) — a grouping of five transcontinental countries across Asia, South America and Africa.

On June 1, as the current Chair of BRICS New Delhi hosted a meeting of Foreign Ministers from these countries and, as is wont these days, it was in virtual format. The meeting came as the run-up to the Summit later this year

In the backdrop of countries seeking to come out from the ravages of the global health pandemic, the Foreign Ministers expressed their concern over the health, societal and economic impact of the pandemic across the world.

While stressing the value of bilateral and multilateral cooperation among nations to combat the pandemic and reduce its impacts effectively, the ministers sought better international preparedness to fight against the current pandemic and future health challenges. These measures could be through mobilisation of political support, necessary financial resources, strengthening of local production, transfer of technology, equitable and affordable access to medicines, vaccines, medical products and equipment, diagnostics and therapeutics, and strengthening the resolve of citizens.

Significantly, at the meeting, the ministers called for the establishment and effective operationalisation of the BRICS Vaccine Research and Development Centre. This development is interesting considering that three of the five BRICS nations — India, China and Russia — are manufacturing a major portion of the vaccines that are authorised for emergency use.

Among other pandemic-related decisions was the emphasis on the need to take forward the proposal for BRICS Integrated Early Warning System for preventing mass infectious diseases risks consistent with International Health Regulations in line with previous Leaders Declarations. They supported the effort to hold a BRICS Symposium on vaccine cooperation even as an event on the role of traditional medicines in public health interventions on the virus in BRICS countries is on the calendar at the end of the month.

On the collective front, the meeting backed India and South Africa's joint move at the WTO for a waiver on the vaccines and utilisation of flexibilities available under the TRIPS agreement and Doha Declaration.

Through a joint statement, the ministers reaffirmed the imperative to ensure sharing of vaccine doses, transfer of technology, development of local production capacities and supply chains for medical products and promotion of price transparency. They also called for the exercise of due restraint in the implementation of measures that could hinder the flow of vaccines, health products and essential inputs.

Considering that no country remains unaffected by the pandemic and its impact on the economy for over the past 18 months, the focus also turned to challenges for economic and financial stability. The ministers underscored the importance of BRICS and international coordination to meet the needs and aspirations of people.

While the intent is there, the only indication of any actionable move by BRICS comes through its observation on the role of the New Development Bank in infrastructure and sustainable development financing and Emergency Assistance Facility to combat the pandemic.

The Bank, with an initial capital of USD 100 billion, has been operating since 2015 with an Indian banker heading it for the first five years. In order to expedite clearance to fund projects, the NDB is now working to open a regional centre in New Delhi after its establishment of the Eurasian regional centre in Russia.

One consistent entry in the joint statement over the years has been the strengthening and reforming the multilateral systems. Related areas include regular exchange and cooperation among BRICS countries in areas of mutual interest, implementation of economic, social and environmental dimensions of the 2030 Agenda for Sustainable Development.

The meeting brings to the fore whether the construct remains relevant. Envisaged at the turn of this century by a strategic analyst at Goldman Sachs as a group of emerging nations, today the harsh reality is that except for China it is a challenge for other countries to maintain their rate of growth recorded during the last decade.

In addition, there are different sets of policies and programmes that member countries do not agree with. For instance, India opposes the ambitious signature Belt and Road Initiative of President Xi Jinping while South Africa's economy remains under stress with some predicting a collapse due to its debt and negative current account. Brazil, at present, is facing public protest over the country's authorities handling of the pandemic.