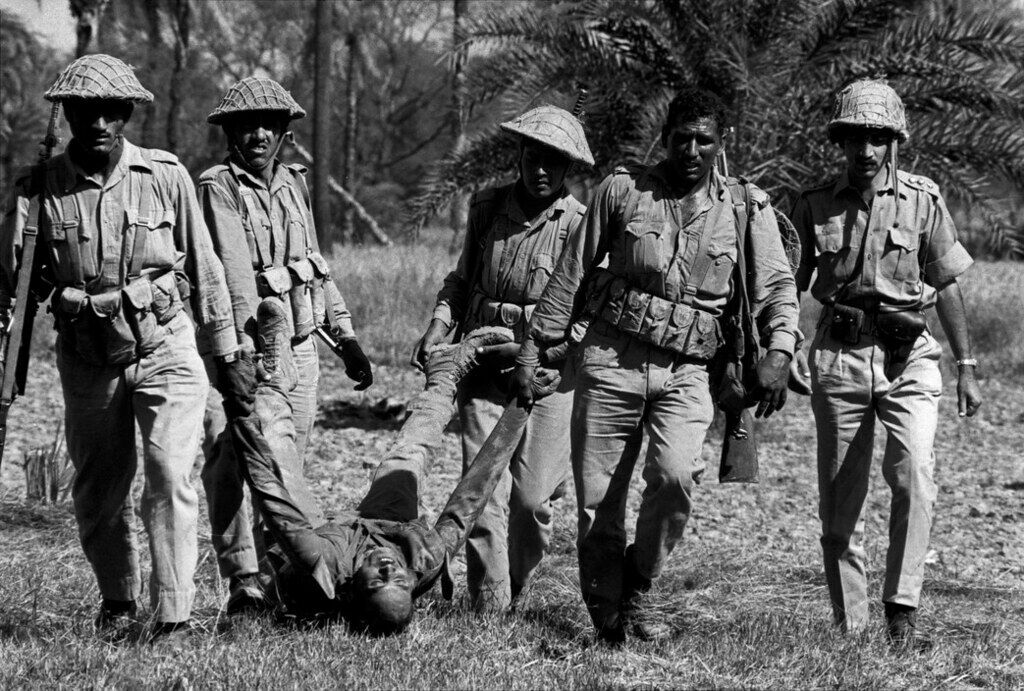 As someone who has been an avid Bangladesh watcher for over the last four decades, I discovered the following news item (Feb 17, 1972) appearing exactly half a century ago in The Hindu:

India's ambassador-designate to Bangladesh, Mr. S Dutt made diplomatic history today when he presented his credentials to President Abu Sayeed Choudhury in record time. Within five hours of his arrival in Dacca, he was received by the President and the representative of India, which was the first country to recognise Bangladesh, also became the first diplomat to present credentials to the Head of the new State… Presenting his credentials Mr. Dutt said no one knew better than "we in India, what price Bangladesh have had to pay for freedom, and our Government and our people are happy that we were able to be of some assistance in your struggle". The President, Mr Choudhury, in reply, said "the friendship that had been forged between Bangladesh and India through this struggle and common sacrifices could not but grow stronger with the passage of time". The people of Bangladesh would ever remember the initiative your country had taken and international leadership it provided for our cause, based on truth and justice underscored the values of moral and spiritual force in international relations", Mr. Choudhury said.

The sentiments expressed by India's top diplomat and Bangladesh Presidents' remarks need to be remembered for posterity. Also, we must evaluate if we have lived up to these articulations in letter and spirit? This becomes imperative for a fresh look as both the friendly countries have just completed the golden jubilee of their diplomatic partnership, and they seem to be joining strongly to reinforce the bilateral ties. Both the countries are marching ahead on economic, military, cultural, historical, trade, security and all allied issues, having resolved many outstanding bilateral irritants impeding in the smooth ties between the two countries.

Coincidentally or otherwise, only recently on February 17, the Dutch Prime Minister Mark Rutte offered apologies following a major historical review for Dutch use of systematic and excessive violence in Indonesia's 1945-49 war of independence. The study took four years to conclude, but the findings are decisive and conclusive. Judging by such admission and spate of apologies by the Dutch, it is not at all impossible if the present political and military leadership of Pakistan not only offers apologies but also agrees to an International Commission for holding Pakistan guilty. This should be a done thing in the larger interest of humanity to prevent recurrence of such hate crimes. India should be a partner of Bangladesh to mount pressure on Pakistan through major countries of the West, who claim to be champions of human rights. Time is now. Further, Indonesia can be taken on board as well. It can mobilise countries in Asia on the issue of Pakistan's accountability on genocide. Indonesia being the largest Muslim country in the world, its opinion will matter.

Interestingly, the Netherlands' Prime Minister apologised not only for the atrocities committed at that time, but also for the failure of past Dutch governments in acknowledging it. "For the systematic and widespread extreme violence from the Dutch side in those years and the consistent looking the other way by previous governments, I apologise deeply to the people of Indonesia," The Dutch PM said. He also said it was necessary to confront the findings: "They are harsh, but unavoidable." He further said that the government takes full responsibility for the "collective failure." The apology about the war is not the first from the Netherlands to Indonesia but it is the first acknowledgement that a deliberate campaign of violence was unleashed. Earlier, during a visit to Indonesia in March 2020, King Willem-Alexander of Holland had made a surprise apology for "excessive violence" by the Dutch troops.

In this perspective, nothing would be more just and advisable than both India and Bangladesh jointly embarking upon a campaign to drum up global support for getting Pakistan to unconditionally apologise for the 1971 genocide. It is a common knowledge that nearly four million innocent Bangladeshis were killed, women raped and other atrocities like torture perpetrated by the Pakistan's army. It is never too late to make a credible Commission to enquire.

Meanwhile, the Leiden University (Holland) Students' Group has decided to hold a workshop/seminar in the Netherlands on March 24, 2022 to draw world attention towards genocide in Bangladesh in 1971. The organisers plan to screen a documentary on 1971 genocide, as well as to hold discussion by academics and scholars of repute. They include Husain Haqqani, former Pakistan Ambassador to the US, who is also a pacifist; Prof Wolfgang-Peter Zingel, South Asia Institute, Heidelberg University, Germany; Chris Blackburn, British journalist, a recipient of 'Friend of Bangladesh' Award from the UK; Dr. Ahmed Ziauddin, International legal and genocide expert based in Belgium; and Tommaso Virgili, Postdoctoral Research Fellow, Berlin Social Science Centre. It would seem from this proposed event that countries, at least in Western Europe, have decided to create public opinion for the Pakistan atrocities of 1971. Meanwhile, adequate publicity is being carried out for the International Conference on "Bangladesh Justice after Genocide".

As the `fifty years ago' news item in the beginning reminds us about a lasting Indo-BD relationship, it is indeed desirable that both the friendly countries now sit down together and jointly draw up a clear-cut agenda for creation of an international tribunal, to expose Pakistan for its inhuman crimes against millions of Bangladeshis.

The writer is a retired IPS officer, a security analyst, and the former National Security Advisor to the Prime Minister of Mauritius. Views expressed are personal