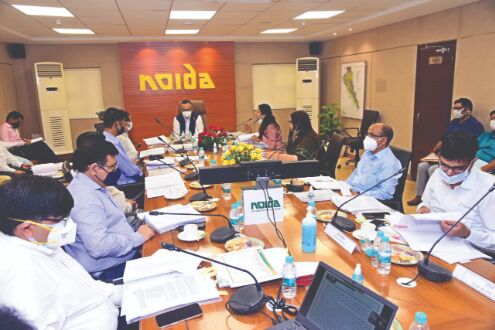 Noida: In a huge relief to the residents of Noida, the Noida authority has reduced transfer charges against properties for residential plots and group housing schemes.

The decision was taken in authority's 203rd board meeting held on Friday where the board has also revised charges of other categories that have been brought down.

As per senior Noida authority officials, the residential plot owners and flat buyers entering the secondary market will now have to pay 2.5 per cent charges instead of 5 per cent.

Similarly, for institutional plots the transfer fee has been brought down to 5 per cent against the earlier being charged 10 per cent.

"The OTS scheme will come into affect from October 2 and will continue till December 1, 2021. Under the scheme the allottees will get benefit of waiving off the penal interest levied on the default amount. Also for a lease deed, the late fee charges will be waived off against the lease deed if paid during this period," a senior Noida authority officer said.

The authority board also gave a green signal to restart the construction work of elevated road at chilla regulator from sector 14A to Mahamaya flyover. Also the work for setting up an air pollution control tower has been approved by the Noida authority board near film city in sector 16A