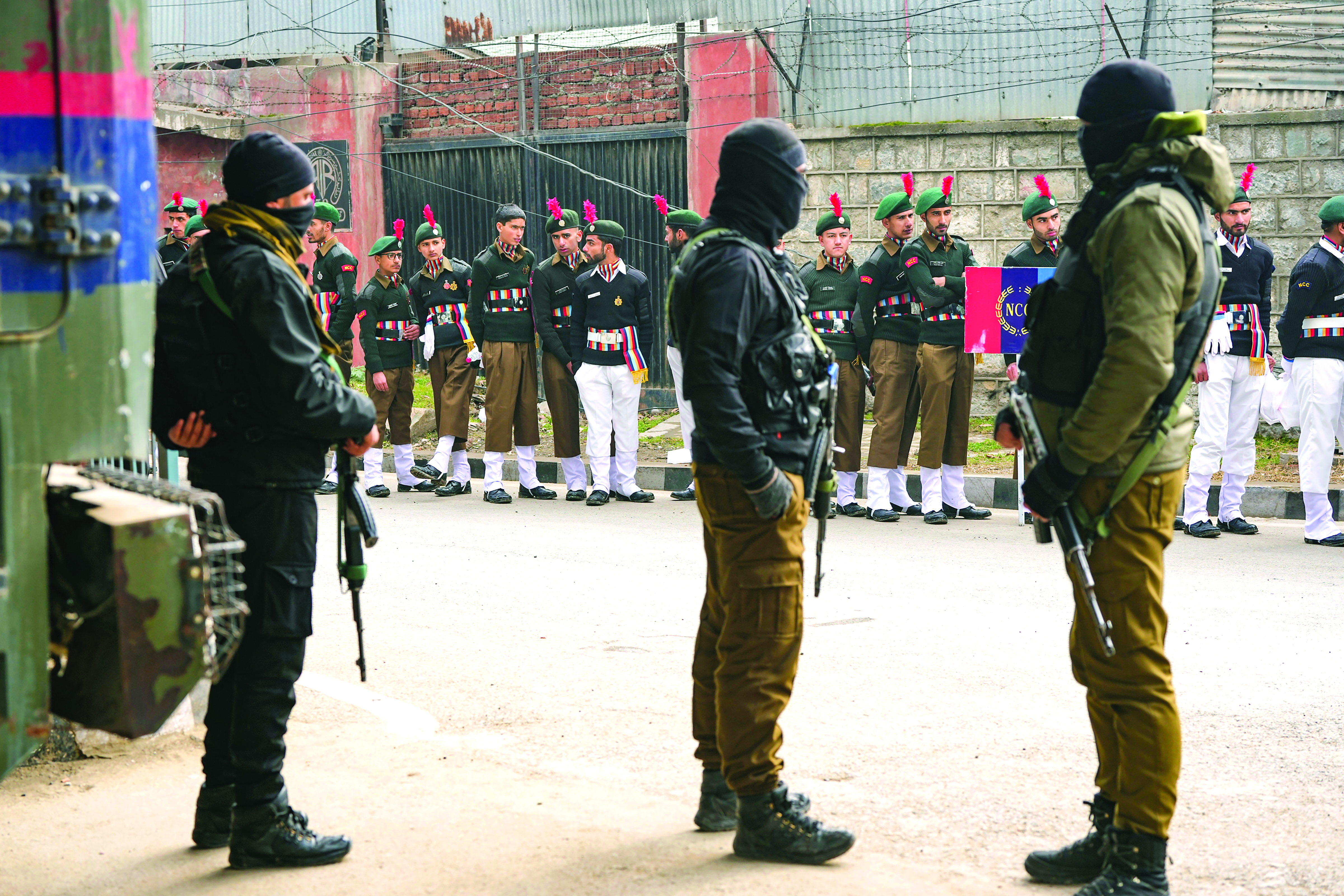 Srinagar: Security has been beefed up in Kashmir for Republic Day celebrations, officials said, even as even as a full dress rehearsal of the function was held at the Sher-e-Kashmir Cricket Stadium here on Tuesday.

Kashmir Divisional Commissioner Pandurang Kunbarao Pole presided over the dress rehearsal function and took the salute at the parade by contingents of police and other forces, the officials said.

A cultural programme was also held after the parade at the stadium, the venue of the main Republic Day function in the Valley.