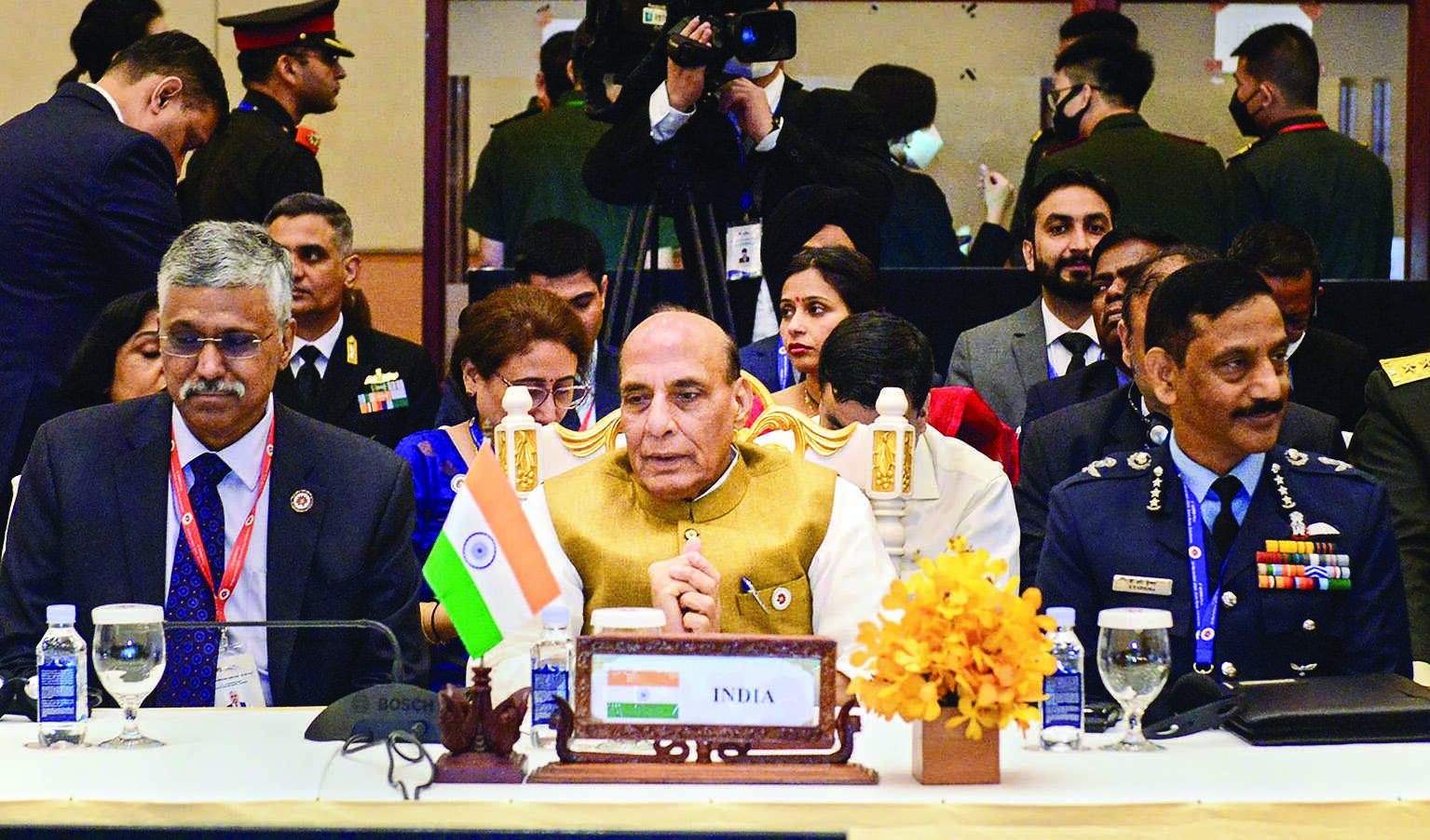 New Delhi: Defence Minister Rajnath Singh on Wednesday called for urgent and resolute global efforts to counter transnational and cross-border terrorism as he termed it the "gravest threat" to regional and global security.

During his address at the 9th ASEAN Defence Ministers' Meeting (ADMM) Plus in Siem Reap, Cambodia, he asserted that "indifference" can no longer be a response, as terrorism has found victims globally.

Singh also said that while terrorism continues to remain a big threat, other security concerns that have emerged in the aftermath of the COVID-19 pandemic cannot be ignored, including challenges of energy and food security.

The ADMM Plus is an annual meeting of defence ministers of 10 ASEAN countries and its eight dialogue partner countries - India, the US, Russia, China, Australia, Japan, New Zealand and South Korea - the defence ministry said in a statement here. The year 2022 also marks the 30th anniversary of India-ASEAN relations.

During his address to the ADMM Plus forum, Singh called for "urgent and resolute global efforts to counter transnational and cross-border terrorism." India advocates a free, open and inclusive Indo-Pacific region and calls for peaceful resolution of disputes through dialogue and adherence to international rules and laws while respecting the sovereignty and territorial integrity of all nations, he said. In this context, the ongoing ASEAN-China negotiations on the Code of Conduct in the South China Sea should be fully consistent with international law, in particular the United Nations Convention on the Law of the Sea and should not prejudice the legitimate rights and interests of nations that are not party to these discussions, he was quoted as saying in the statement. Singh called upon all the member states to work together with a positive intent, towards a stable world for our future generations.