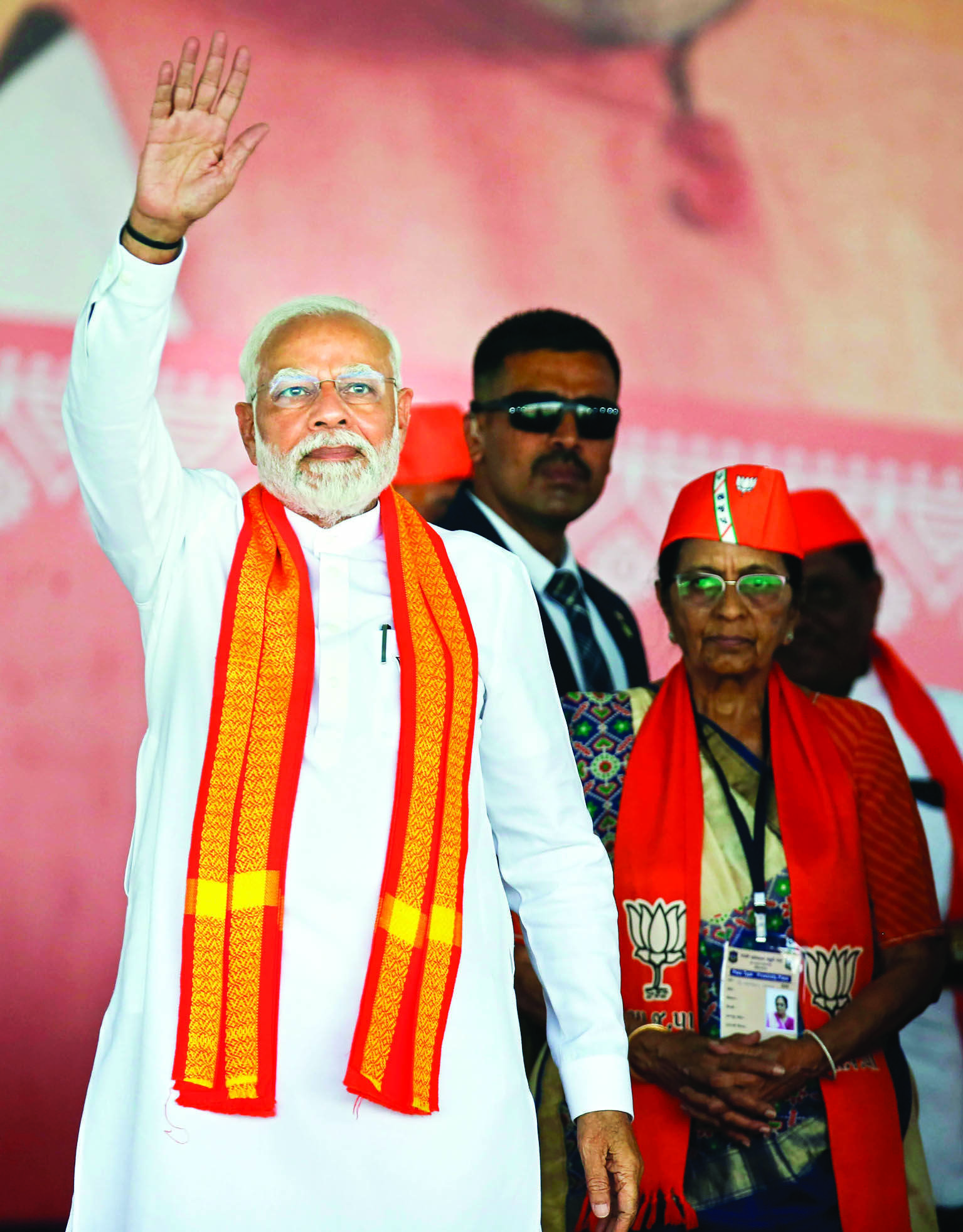 Canvassing for BJP candidates at Mehsana in poll-bound Gujarat, Modi said the BJP never endorsed the policy of "favouritism and discrimination" which is evident in youths reposing faith in the ruling party.

"Congress model means corruption, nepotism, dynastic politics, sectarianism and casteism. They are known for indulging in vote bank politics and creating rifts between people of different castes or even in different districts to be in power. This model has ruined not just Gujarat but also India. This is the reason why we have to try hard today to take the country ahead. We (BJP) have never endorsed such a policy of favouritism and discrimination. That is the reason youths are reposing their trust in us," the prime minister said.

While speaking at an election rally in the tribal-dominated Dahod town of central Gujarat, the prime minister asked why the Congress did not support Droupadi Murmu in the presidential election if the opposition party was so concerned about tribals.

"Why did Congress never think of making an Adivasi (tribal) our President? It was the BJP which made a tribal person, that too a woman, our country's President for the first time and sent a message to the world," Modi said.

He also accused the Congress of not paying attention to the development of the British-era Parel area of Dahod.

Earlier in the day, Congress leader Rahul Gandhi targeted the ruling party after 'Bharat Jodo Yatra' led by him entered Madhya Pradesh and alleged the BJP "first spreads fear in the minds of youth, farmers, and labourers and when it sets in, they convert it into violence."

"They always wanted to keep people poor so they remain dependent on government," the prime minister said while addressing a rally in the north Gujarat town. He said youngsters are confident that BJP's policies will create more opportunities for them in the future.

The PM said youths in the age group of 20 to 25 years may not even know the kind of hardships faced by the people of Mehsana district in the past including acute shortage of water and electricity.

"Droughts were also common in those days. We (BJP) had put Gujarat on the path of prosperity amid natural calamities and using limited resources. In the past, water and electricity used to be the major issues during polls. Today, the opposition can't speak on these issues because such issues are resolved by us," said Modi, who had served as the chief minister of Gujarat before assuming the office of Prime Minister in 2014.