Home > Nation > Armed forces do not need to give proof, says Rahul
Nation

Armed forces do not need to give proof, says Rahul 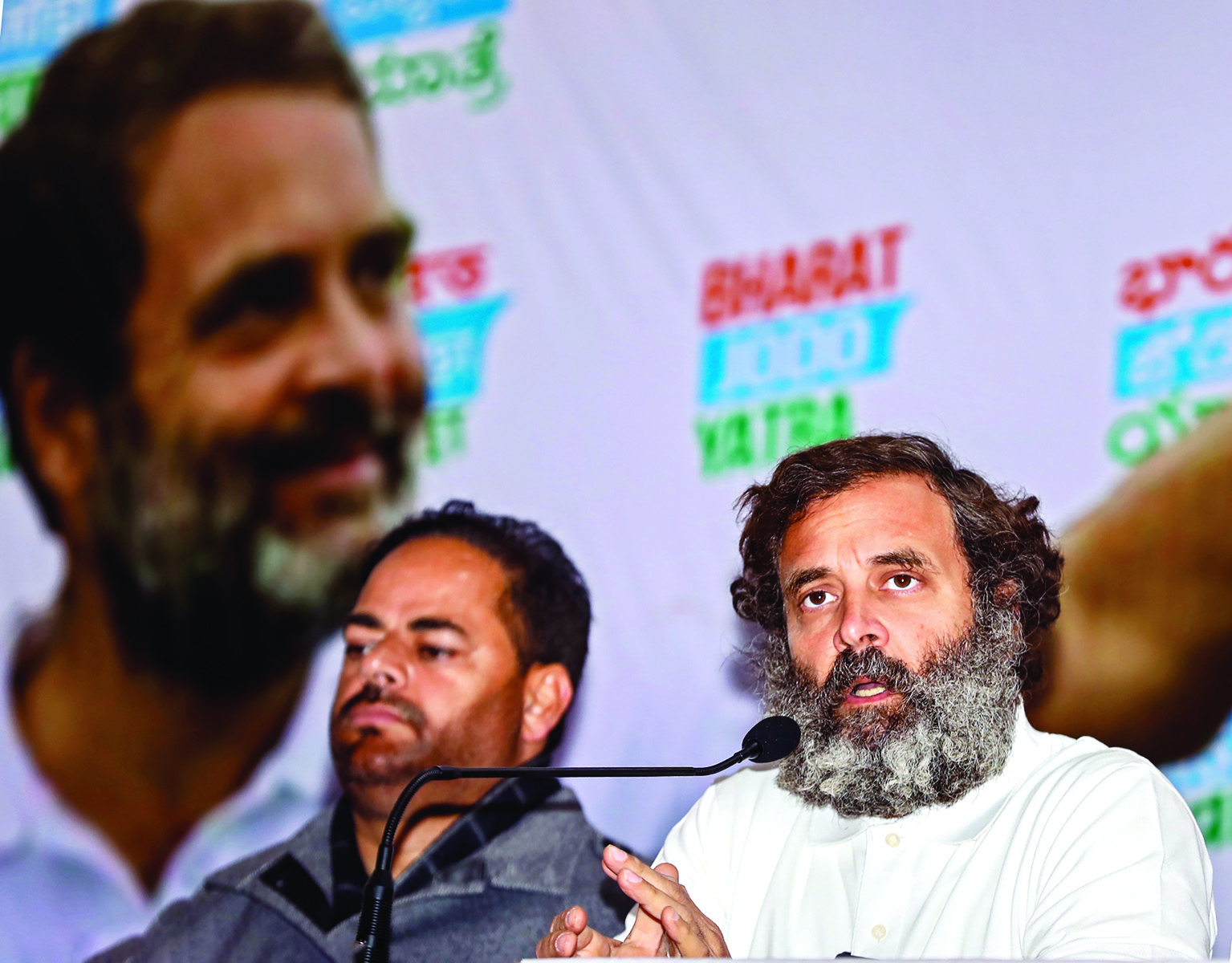 Jammu/ new delhi: Rejecting the remarks of party’s senior leader Digvijaya Singh over surgical strikes, the Congress leader Rahul Gandhi on Tuesday distanced his party from the controversial statement by describing the statement as “ridiculous.”

“The views of the party are generated from a conversation. Digvijaya Singh’s views are outlying views. They are not views held by the party. We are absolutely crystal clear - the armed forces do a job, and they do the job exceptionally well. They don’t need to be providing proof,” the Congress leader said.

“They talk about surgical strikes - that we killed these many people. But there is no proof. They are ruling by peddling a bundle of lies,” Singh had said. Singh has also said, “I have the greatest regard for the defence forces.”

However, the BJP has slammed him (Singh) and the Congress as “anti-national” for questioning the army. The party also demanded Rahul Gandhi’s apology on the issue.

“Congress leaders are doing Bharat Todo (divide India) on the instructions of Rahul Gandhi. Digvijaya Singh has become a symbol of venomous remarks.

Trust in the Army is unbreakable and above politics. If the Army said there was a surgical strike, how can you ask for proof repeatedly? This shows that you do not have faith in our Army,” said BJP spokesperson Gaurav Bhatia.

“It has become a character of Congress to give irresponsible statements.

But if they speak against the Indian Army, it won’t be tolerated. It seems that Rahul Gandhi and Digvijaya Singh have been blinded by their hatred towards Narendra Modi,” the BJP leader said.