2nd stealth-guided missile destroyer under Project 15B delivered to Navy 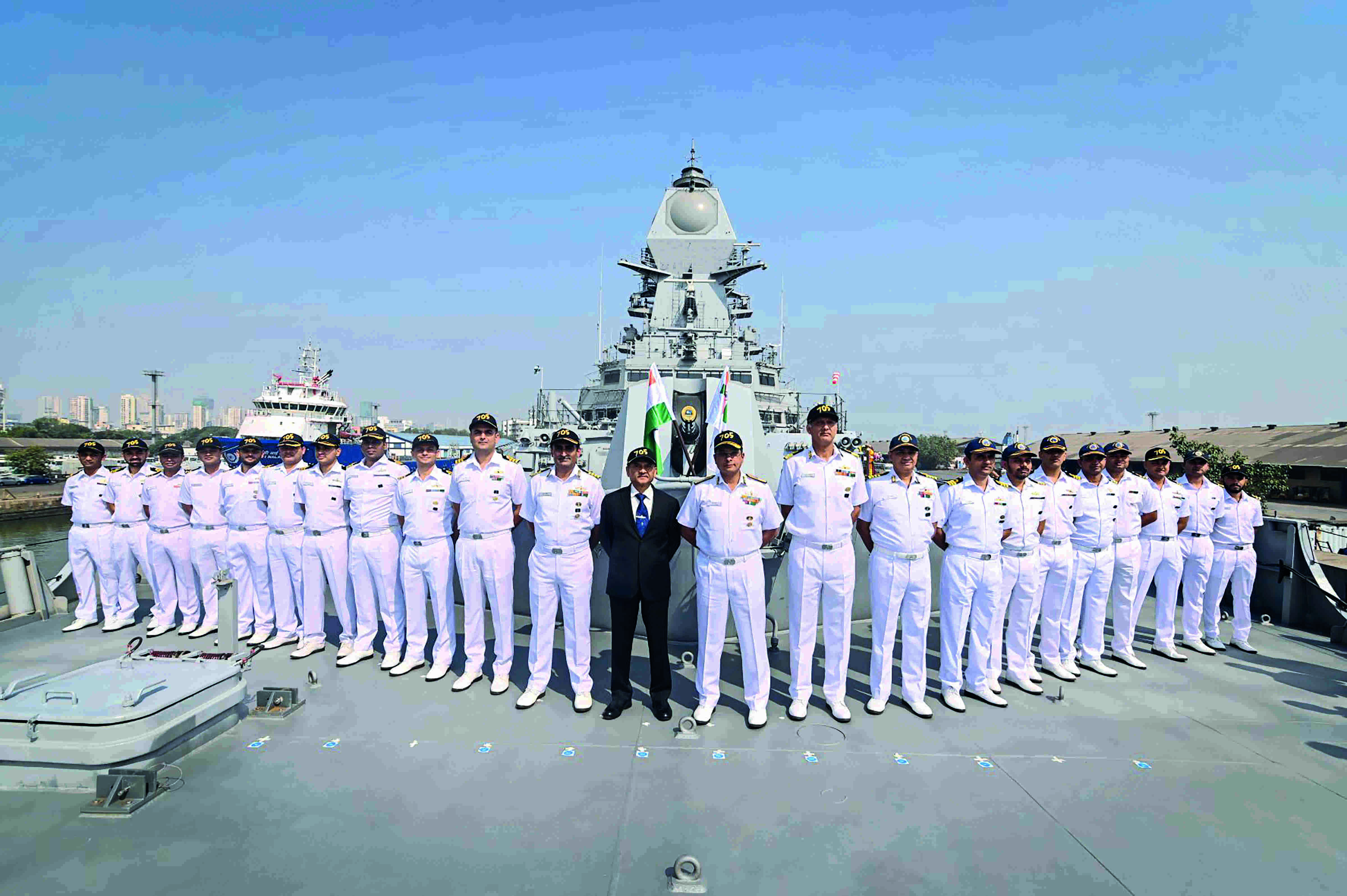 Mumbai: The second stealth-guided missile destroyer under Project 15B, built by Mazagon Dock Shipbuilders Limited (MDL) here, was delivered to the Indian Navy on Thursday, an official said. On commissioning, it would be named INS Mormugao. The ship, constructed using indigenous steel DMR 249 A, is among the largest destroyers constructed in India, the MDL official said. It is 163 metres long and 17 metres wide with displacement of 7,400 tonnes when fully loaded and has a maximum speed of 30 knots, he said.

The overall indigenous content of the project is approximately 75 per cent. The destroyer is armed with supersonic BrahMos surface-to-surface missiles and Barak -8 long range surface-to-air missiles.

For undersea warfare, it is fitted with indigenously developed anti - submarine weapons and sensors, prominently the hull-mounted Sonar Humsa NG, heavy weight Torpedo Tube Launchers and ASW Rocket Launchers. The contract for four ships of Project 15B was signed on January 28, 2011.

The project is a follow-on of the Kolkata class (Project 15A) destroyers commissioned in the last decade and the lead ship of the Project, INS Visakhapatnam, has already been commissioned into the Indian Navy on November 21, 2021. Designed by the Warship Design Bureau, the Indian Navy's in-house organisation, and built by Mazagon Dock Shipbuilders, the four ships of the Project are named for major cities: Visakhapatnam, Mormugao, Imphal and Surat.

The keel of Mormugao was laid in June 2015 and the ship was launched on September 17, 2016. The design has largely maintained the hull form, propulsion machinery, many platform equipment and major weapons and sensors as the Kolkata class to benefit from series production, the official said.

It sailed out for the maiden sea sortie on December 19, 2021 to coincide with the Goa Liberation Day.

The early induction of the destroyer, almost three months prior to the contractual date, despite the COVID challenges, is a tribute to the collaborative efforts of a large number of stakeholders and would enhance the maritime prowess of the country in the Indian Ocean Region, the official said.