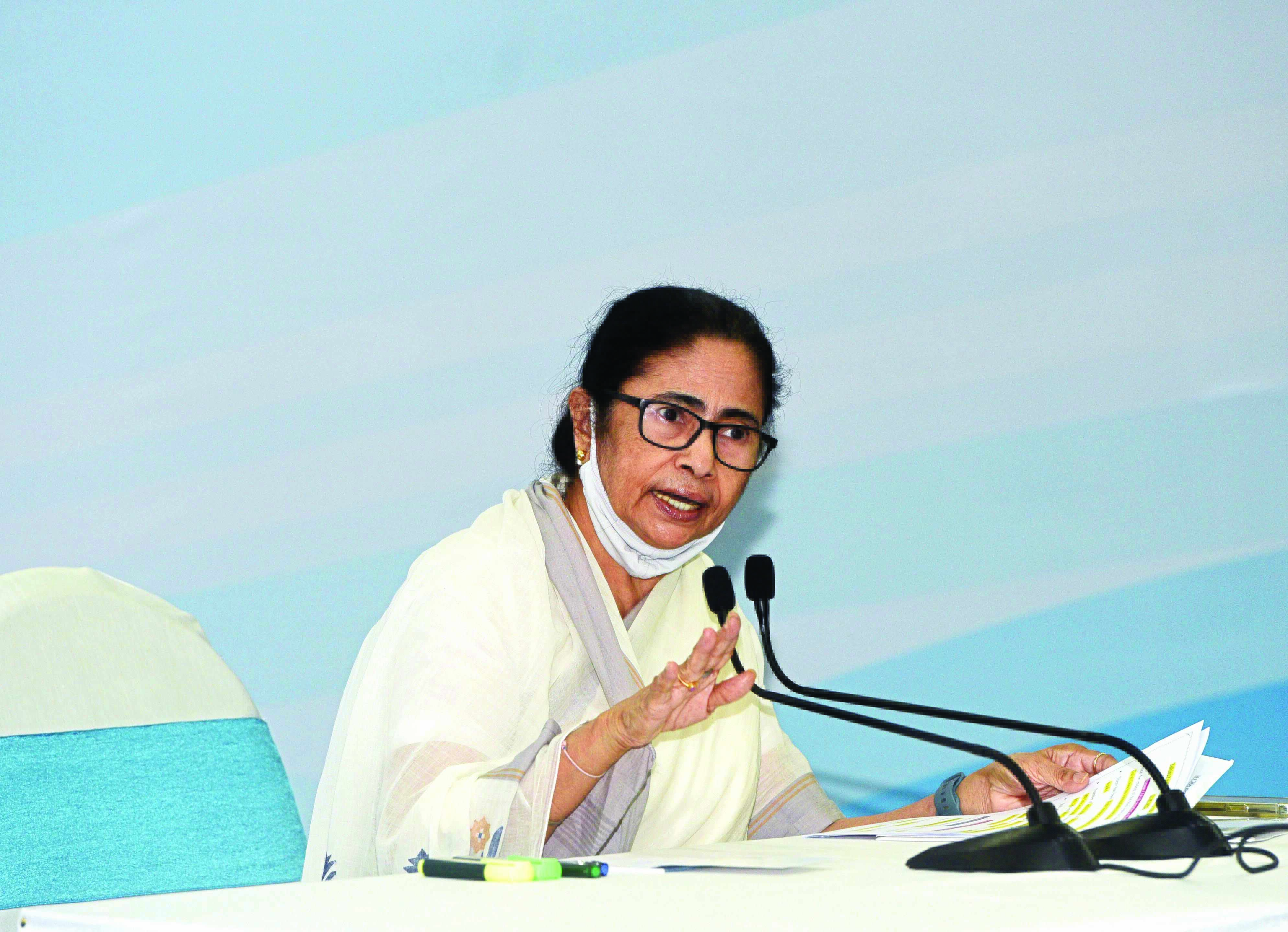 Kolkata: Chief Minister Mamata Banerjee, who on Wednesday chaired a meeting to review the Covid situation in the state, warned private hospitals of stern legal action if they refuse treatment under the state government's Swathya Sathi scheme.

"We will inquire as to why the private nursing homes or hospitals are denying patients of availing Swasthya Sathi scheme's benefits. We will adopt a "rough and tough" attitude against such healthcare providers and if required, legal action will be taken against such establishments," Banerjee said following a review meeting on health at Nabanna on Wednesday.

Stating that Bengal has excellent healthcare infrastructure, Banerjee also appealed to people not to go outside the state for treatment, unless it is a very critical ailment and needs specialised care. The Swasthya Sathi scheme is applicable for hospitals outside Bengal, especially in Vellore and at AIIMS, Delhi.

"Our money is going out of our state. We lost Rs 36 crore on account of people going to other states for treatment. We spent Rs 5 lakh for treatment and if it rolls in our state we get back the revenue. It is unfortunate that we are losing money in this manner," Banerjee said.

She announced the constitution of a committee under Chief Secretary H K Dwivedi to give suggestions in connection with patients travelling to other states.

Introduced in December 2016, the Swasthya Sathi scheme offers basic health cover for secondary and tertiary care for up to Rs 5 lakh per annum per family. A smartcard is issued in the name of the woman of the family and this allows for cashless treatment, paid by the government. Private hospitals are required to charge subsidised rates for treatment under the scheme.

Initially, when the scheme was launched, it was meant to benefit those in the state who were below the poverty line but in 2020 it was extended to cover every household.

With 24.85 lakh beneficiaries and 2.2 crore families enrolled under this health scheme, the state government has spent Rs 3,212.72 crore on it.

Banerjee also took a swipe at the Centre over the price hike of 800 medicines saying "barring courtesy" the price of everything has been raised. "Price of 800 medicines was raised even though the cost was increased six months back. Toll tax, petrol, diesel, domestic gas prices have also been increased. Only the price of courtesy has gone down, and all other things have become expensive," she maintained.

Banerjee urged the Kolkata Police and the state police to organise blood donation camps involving local clubs to ensure that there is no blood crisis. She directed the health recruitment committee to undertake a special drive for roping in doctors, nurses and technicians.

Banerjee appealed to the people to follow Covid norms like wearing masks and using sanitisers. "Covid situation in the state is under control and if there is any rise we have the infrastructure to fight it. So, there is nothing to worry about. Presently, five patients are in the hospital and four are needing oxygen support," she added