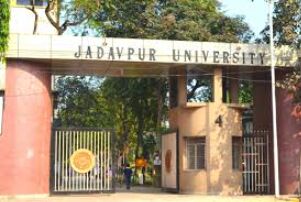 Kolkata: The ongoing archival project of Jadavpur University's English Department titled 'Shakespeare in Bengal' has received international recognition. It will be showcased on the digital platform of the 'Global Shakespeare' project by Folger Shakespeare Library in Washington DC.

The project focuses on contemporary Bengali negotiations with Shakespeare. As part of the project, the scholars have been gathering and digitizing various materials on the literary legend and his works from different institutions and libraries scattered across Kolkata and other parts of the state.

They are collecting works which emphasize on the contemporary Bengal's tryst with Shakespeare, particularly through performances, both on stage and film. The project also focuses on the dramatist's works from the nineteenth century.

"We are delighted that Folger Shakespeare Library approached us with the proposal to host the archived materials on Miranda, the digital platform of their "Global Shakespeares" project," said Paromita Chakravarti, a professor at JU's English department and the chief investigator of the project.

The department has sent 20 visual materials to the foreign library, including book cover, illustrations, film posters and still pictures of performances on Shakespeare's play held in Bengal.

The project is being conducted in collaboration with the School of Cultural texts and Records and is supported by the University Grants Commission.

As one of the earliest regions to have been exposed to colonial education and Shakespeare, Bengal has a long history of engagement with Shakespeare. In Calcutta from the late 18th century, performances on Shakespearean plays were held.

When these students grew up, they became the performing Bengali elite who staged Shakespeare. This laid the foundation of Shakespeare's entry into the commercial stage.

The scientist-turned-entrepreneur Prafulla Chandra Ray also carried out an extensive research on Shakespeare and wrote "Shakespeare puzzle" in Calcutta Review.

Many films were made following the structure and pattern of Shakespearean plays like Saptapadi, Bhranti Bilas, Zulfikar, Arshinagar, Hemanta, among others.