Darjeeling Zoo to get 5 red pandas from abroad 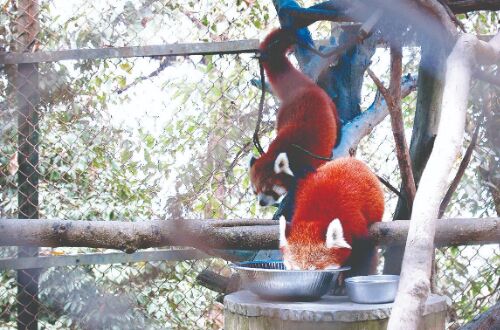 DARJEELING: In a bid to introduce fresh blood lines for the captive breeding programme, the Padmaja Naidu Himalayan Zoological Park (Pnhzp) will be getting 5 red pandas from different zoos from around the globe.

Pnhzp, popular as the Darjeeling Zoo, is the coordinating zoo for the red panda breeding programme (Project Red Panda) in India.

"We are scheduled to receive a female from Rotterdam zoo, Netherlands; one female from Debrecen zoo, Hungary; one male each from Hallsgap zoo and Torongo zoo in Australia and one male from Auckland zoo in New Zealand. Process is on. They are expected to come in by July" stated Dharamdeo Rai, Director, Pnhzp.

According to reports in the media, Pici, a red panda has left the Debrecen Zoo in east Hungary on Monday for the Rotterdam Zoo which is the transit zoo.

After spending some time at the Rotterdam Zoo, Pici along with another panda from Rotterdam will set off for Darjeeling.

Project Red Panda was initiated in 1990 at the Pnhzp. The first red pandas for this programme had been brought in from various European zoos like Rotterdam, Madrid and Clone Zoo during the late 80's and early 90's.