At 17 ºC, city sees coldest day of the season so far 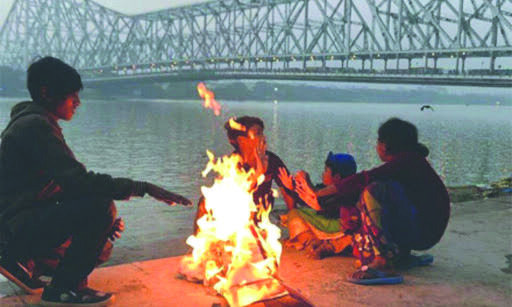 KOLKATA: Bengal is yet to witness full-fledged winter, but the city dwellers have already been experiencing cold weather for the past couple of weeks. City saw the coldest day of the season on Wednesday with the lowest temperature being registered at 17 degree Celsius.

People in Purulia, Bankura, West Burdwan, Jhargram, West Midnapore, Birbhum will witness comparatively colder weather. According to the MeT office, cold northern wind has been entering Bengal. There is an uninterrupted flow of northwest wind. There is no possibility for any western disturbances which will stop the steady flow of the cold wind.

People in South Bengal districts started getting a sense of winter from earlier this month with mercury sliding down. Kolkata on Tuesday registered the lowest temperature at 17.4 degree Celsius which was 3 degree below normal on November 14. Temperature went below 10 degree Celsius in Purulia in the middle of November.

Mercury may drop by 1-2 degrees in all the western districts of Bengal in the next couple of days. People in various south Bengal districts may witness mist early in the morning in the next few days.