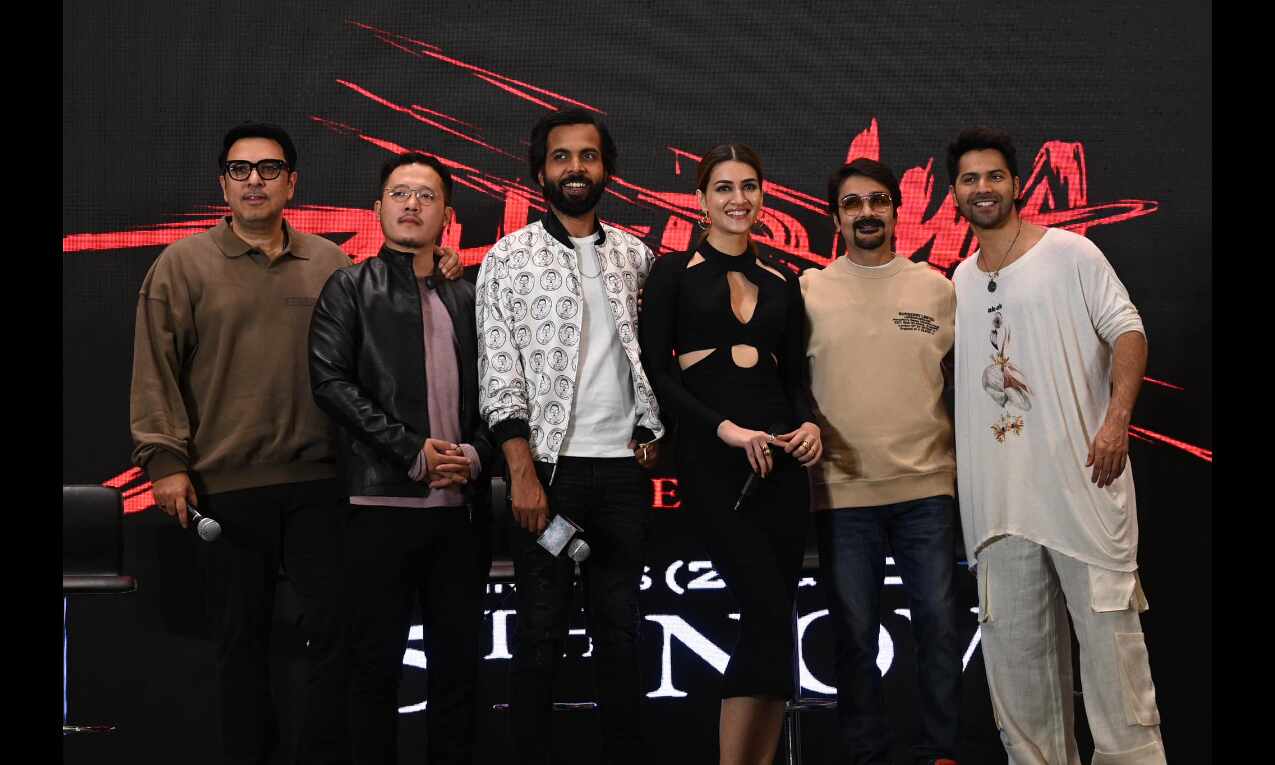 Messi fans across the world were left in utter shock after Saudi Arabia stunned Argentina on Tuesday. Varun Dhawan, who was in Kolkata the same day to promote his upcoming creature comedy 'Bhediya', couldn't catch the match but recalled how he had watched Lionel Messi in action in this city. It was in 2011 when the Argentina superstar visited Kolkata to play a friendly game with Venezuela at Salt Lake Stadium. The 'Badlapur' actor was in the stands cheering for Messi. It was Varun's first visit to Kolkata.

Over the years, Kolkata has become a favourite for Varun. He was here with Kiara Advani for the promotion of his last release, 'Jugjugg Jeeyo'. He rode the yellow taxi then. This time, he took a ride in the city's historic transport - the tram.

'Bhediya' promotions are leaving the actor with no time to watch World Cup matches, but he plans to be in Qatar for the finale.

"I didn't have time to watch any game till now, but I am supposed to go to the FIFA World Cup final in Qatar," said Varun. And for him, both Argentina and Brazil are favourites.

Werewolf movies are commonplace in Bollywood, but the 'Kalank' actor said the 'icchhadhaari bhediya' in Amar Kaushik's directorial is based on folklore in Arunachal Pradesh.

"A lot of stories have come out about wolves and werewolves. But ours is based on a legend of Arunachal Pradesh, 'Yakum', which people believe. 'Bhediya' also takes inspiration from Indian content like 'Naagin' and 'Junoon'," said the actor.

Recently, Varun watched 'Bhediya' and was amazed by the VFX.

"I feel this is one of my career's most accomplished and best films," he said.

Meanwhile, Prosenjit Chatterjee met Varun to wish him luck for 'Bhediya' at a city hotel. The Bollywood actor also danced to the title track of the Tollywood superstar's new film, 'Prosenjit Weds Rituparna'. Prosenjit remembered how he had worked with Varun's father-director David Dhawan, in 'Aandhiyan' (1990), also starring Shatrughan Sinha, Madhushree and Mumtaz.

Kriti Sanon worked with Varun for the first time in Rohit Shetty's 'Dilwale' (2015). In the six years, they didn't shoot but they have always been good friends.

"I had a lot more fun working with Varun this time because I knew him so well. Of course, it was a very different kind of film we shot together (read 'Dilwale'). The comfort level was a lot more this time and the hunger was the same," said the 'Mimi' actor in Kolkata.