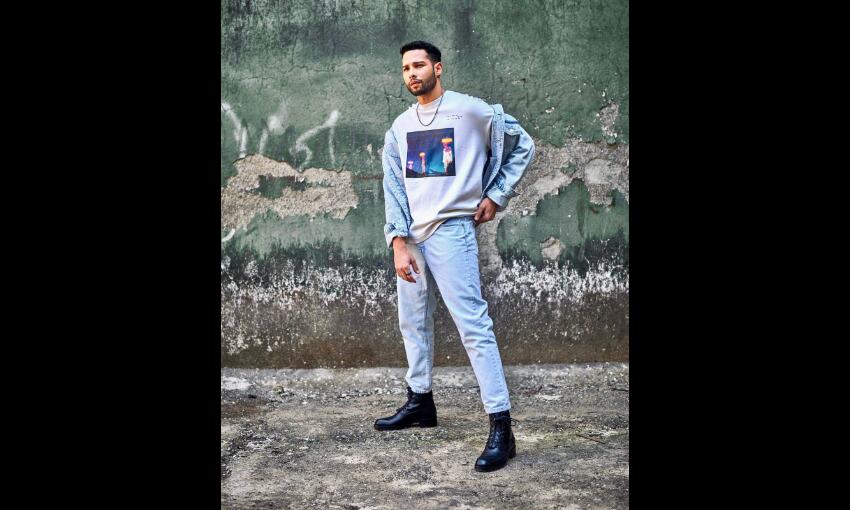 Siddhant Chaturvedi is one of the most promising talents among the current generation of newbies in the tinsel town of Bollywood. The actor catapulted into fame with his stint as rapper MC Sher in Zoya Akhtar's 'Gully Boy' featuring Ranveer Singh, Alia Bhatt and Kalki Koechlin. It has been over three years since and Siddhant is just about getting started.

He even had two big releases in the pandemic - 'Bunty Aur Babli 2' with Saif Ali Khan, Rani Mukerji and Sharvari Wagh followed by 'Gehraiyaan' with Deepika Padukone, Ananya Panday and Dhairya Karwa.

In a recent conversation with a leading fashion and beauty magazine, Siddhant talked about being cast with Deepika.

Talking to a media house, Siddhant reflected on his journey so far. He expressed that he would not have believed it if somebody told him he would be cast opposite Deepika someday.

"I would not believe it if you told me I would get paired with Deepika Padukone in a film. I truly come from nowhere. Chuck a pebble in the dark in a movie theatre and the person it hits would be me, less than ten years ago," said the young actor.

In a few years' time, Siddhant has worked with both Ranveer Singh and Deepika Padukone.

Recently , Siddhant opined that the husband and wife are different but the same. He stated that although they are two different people, they have the same level of submission and discipline towards their craft.

"The first time when I met Ranveer, I was reading with him and it was not Ranveer Singh. I could feel that he is just a boy who is trying to get into the skin of Murad. The first time I met Deepika, she was not Deepika. She was this girl attending her first day in school with her pencil box, pen, highlighters sitting with us giving first bencher vibes. They are the same in a special way," explained Siddhant, who will next be seen in 'Phone Bhoot' and 'Kho Gaye Hum Kahan'.