'Women have identified with Suchi's dilemmas'

Priyamani’s character in ‘The Family Man’ has received immense appreciation from the audience as well as critics. The actor feels overwhelmed by the response 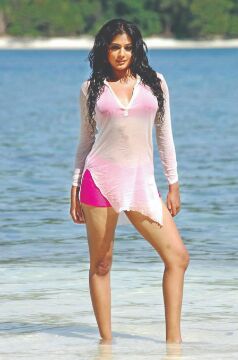 Actor Priyamani is happy that women have identified with her character of Suchitra 'Suchi' Iyer and her dilemma as a wife tired of being the only caretaker of her family in the popular web series 'The Family Man'.

While season one of the Amazon Prime Video show followed Suchi, unaware that her husband, Srikant Tiwari (Manoj Bajpayee) still works as an intelligence officer, the second season chronicled the character's frustration of not getting along with her teenage daughter Dhriti (Ashlesha Thakur) while also trying to make her marriage work.

Priyamani said her attempt was to flesh out Suchi's dilemma with sincerity so that it resonates with women who find themselves in a similar situation of wanting to open up but being constantly burdened by emotional baggage.

"A lot of women have identified with how Suchi wants to talk, wants somebody to listen to what she's going through but is not able to, which is what happens in a lot of households because what they want is somebody who would listen," said the 37-year-old actor.

"Whatever dilemma she's going through, she wants to talk to Srikant, but he's doing his job of protecting the country. So he's not able to give as much time as needed to communicate with his family," Priyamani added.

The latest season saw Srikant and his team fight a new, brutal adversary named Raaji, essayed by South star Samantha Akkineni. Whereas, on the home front, Srikant's crumbling relationship with Suchi was one of the highlights of the series.

In season one, the series had hinted at the possibility of Suchi straying in her relationship with her friend and colleague, Arvind (played by Sharad Kelkar) when the two go on a work trip to Lonavala.

While the second season still didn't offer any clarity on what actually transpired between the two, Suchi's guilt was constantly alluded to in the show, created by Raj Nidimoru and Krishna DK.

The series finale ended on a cliffhanger, with Suchi finally mustering the courage to open up to Srikant.

"When I read the scenes, especially the last one in the finale episode, I was blown away. I was thinking 'Is Suchi going to say what has happened or not going to say it?' Raj sir said 'let's leave it to the audience!" Priyamani said.

But fans of the show have been left restless with the uncertainty.

The question "Lonavala mein kya hua tha?" (What happened in Lonavala?), the actor said has now become an equivalent of "Why did Katttappa kill Baahubali?"- a question that captured fans' attention when filmmaker SS Rajamouli's first movie in the two-part 'Baahubali' series ended on a cliffhanger.

"This is a never-ending question! Everyone, even in season two, wanted to know what happened in Lonavala. I get at least 15-20 messages on my social media (every day), asking 'Lonavala mein kya hua tha? Please tell us, we won't tell anyone'," she said.

Priyamani said the makers were completely unaware that the mystery of what allegedly happened between Suchi and Arvind would blow up and continue to garner fan interest.

"We never thought this would be a topic of discussion that it has become today! I thought the title being 'The Family Man', everybody would talk about the problems Srikant faces to protect our country, but this has completely gone to another level," she added.

Priyamani said while most of the dialogues were written in the script, a lot of the quirks were improvised on set, thanks to Bajpayee.

A memorable scene of the couple from this season's trailer was when Srikant pauses to Google the meaning of "sham" in the middle of an argument after Suchi says their marriage is a sham.

In another one, where Suchi takes Srikant to her counsellor (played by late Asif Basra), he loses his cool when he feels the counsellor is merely mouthing philosophical quotes. In response, Srikant mocks him by reciting random popular Hindi film dialogues, coupled with expletives.

"The counsellor sequences were shot in one day. But the part where Manoj sir replies in quotes, naming movies, if you closely watch the scene, you can see me trying to hold my laughter. We had to do 8-9 retakes just for that particular bit because every time he started his line, I would burst out laughing," she added.