'Women can now talk about taboo subjects in cinema' 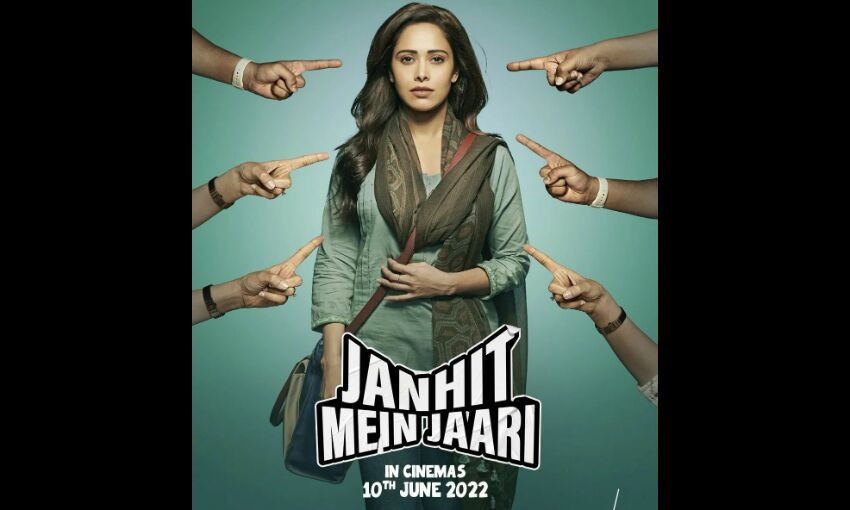 Mumbai: Nushrratt Bharuccha believes women, both in films and in real life, have become much more vocal about their point of view on various social issues and taboo subjects.

The 37-year-old actor, whose last two movies 'Chhorii' (2021) and 'Dream Girl' (2019) - tackled the topics of female infanticide and loneliness, respectively, will be seen essaying the role of condom seller in the upcoming movie 'Janhit Mein Jaari'.

"Time has come today where we can have difficult conversations and I do not think it is limited to cinema. Even in office space, a woman can talk about having periods and taking a day off. There are more conversations that women can have in their lives and workplace," Nushrratt told a leading news agency in an interview.

The actor believes the performance of the upcoming Raaj Shaandilyaa-production will define the degree of change in society.

"Whether we can be successful at it, is a big question. Cumulatively, the country will tell us whether they have accepted us with this normalcy or not. We will learn about it when our film releases," she added.

Nushratt said while she is unaware of the exact businesswoman-led films have been doing at the box office, she is happy that her previous few choices cemented her position as a credible performer.

"Post the release of 'Chhorii' I was offered three more movies led by women and this for me is a success. Because if more producers and directors are willing to put money in, it means they have earned some returns. The fact that the team is willing to make 'Chhori', gives me an indication that it was a success."

Born and brought up in Mumbai, Nushratt started her acting career with the TV show 'Kittie Party' (2002) and made a foray into Bollywood with 'Jai Santoshi Maa' (2006). She then featured in Dibarkar Banerjee's 'Love Sex Aur Dhokha' (2010) but it was Luv Ranjan's 'Pyaar Ka Punchnama' franchise and 'Sonu Ke Titu Ki Sweety' (2018) that catapulted her to fame.

Nushrratt said filmmakers have started taking her more seriously post these movies and she is now getting parts that are written specifically for her.

"Things have definitely changed. After 'Chhori' and 'Ajeeb Daastaans', filmmakers believe I can do these heavy roles. Some producers have said we can only think of you', which is great. It has a lot to do with the body of work."

'Janhit Mein Jaari' traces the journey of a woman from a small town in Madhya Pradesh who faces challenges due to social taboo around condoms, as she fights back against her family and the neighbourhood. The film marks the feature directorial debut of Jai Basantu Singh.

The actor said Raaj shared the idea of 'Janhit Mein Jaari' with her during the filming of 'Dream Girl' and she was blown away by the concept.

"For me, it was a mind-blowing thought that the girl will get to be at the centre talking about a social message with a dash of humour," she said.

Produced by Vinod Bhanushali under his banner 'Bhanushali Studios Limited' and 'Think Ink Picturez' in association with 'Shree Raghav Entertainment LLP', the film is set to be theatrically released on June 10.