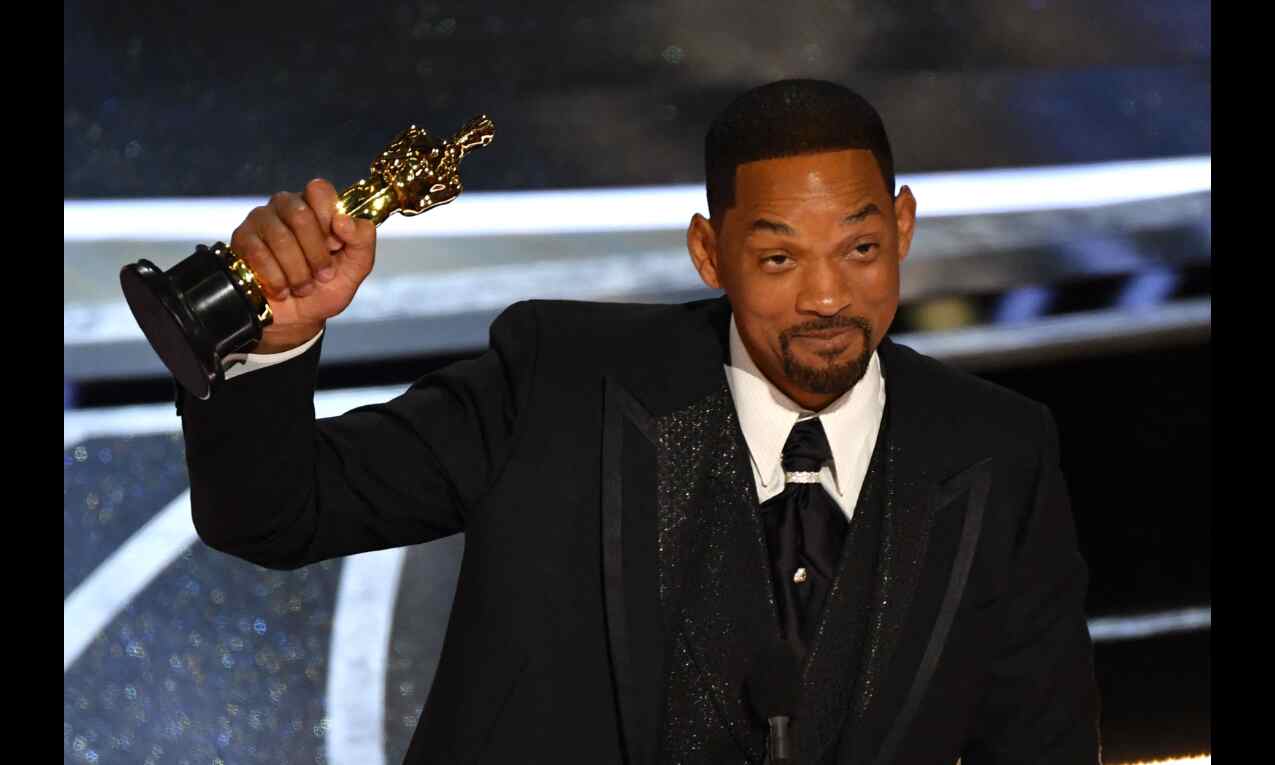 Los Angeles: Hollywood star Will Smith ended his dry run at the Oscars as he lifted the best actor trophy for "King Richard" minutes after he punched comedian Chris Rock for making a joke about his wife Jada Pinkett-Smith.

The punch will go down in the Oscars history as one of the wildest moments after 2017's mix-up when "La La Land" was mistakenly named as the best picture instead of "Moonlight".

The confrontation took place after Rock joked to Smith that he was looking forward to a sequel to G.I. Jane, Pinkett-Smith's movie.

The actor strode up to the stage and slapped Rock.

When he sat down, Smith was heard shouting "keep my wife's name out of your mouth."

The actor referenced the incident in his emotional acceptance speech, summing it up as "love will make you do crazy things".

"Thank you, Denzel Washington, who said to me a few minutes ago. He said, 'at your highest moment, be careful, that's when the devil comes for you'," he added.

The actor thanked tennis stars, Venus and Serena Williams, for trusting him with the story of their father.

"...Art imitates life. I look like the crazy father just like they said about Richard Williams. But love will make you do crazy things," the actor said by way of explaining his anger at Rock, who had also mocked Pinkett-Smith in his 2016 Oscars monologue as a host.

It was third time lucky for the 53-year-old star who was previously nominated in the same category twice - "Ali" and "The Pursuit of Happyness" - but couldn't go all the way.

In the category, Smith was up against Benedict Cumberbatch of "The Power of the Dog", Andrew Garfield of "Tick, Tick... Boom!", Javier Bardem of "Being the Ricardos" and Denzel Washington of "Tragedy of Macbeth".

Directed by Reinaldo Marcus Green, the biopic on tennis stars Venus and Serena Williams' father Richard Williams, who guided his prodigal tennis-playing daughters from the Compton courts to preeminence in the sport.

Smith delivers a towering performance as Williams and paints a sympathetic portrait of the tennis stars' father, who was shaped by poverty, violence and discrimination.

As Williams, Smith was charismatic and overwhelming. He is shown as obstinate, bold, savvy, pugnacious and selfless.

The actor came into Oscar night as a clear favourite, having collected trophies at the BAFTAs, Golden Globes, Screen Actors Guild Awards and Critics' Choice Awards.

The Oscar trophy is definitely high in Smith's career during which he established himself as one of the most bankable stars of Hollywood with films and franchises like "Independence Day", "Men in Black" series, "I am Legend" and "Bad Boys".

But while he delivered commercially with these films, the actor also shined with his performances as boxer Muhammad Ali in "Ali" and later as an American businessman and motivational speaker Chris Gardner in "The Pursuit of Happyness".