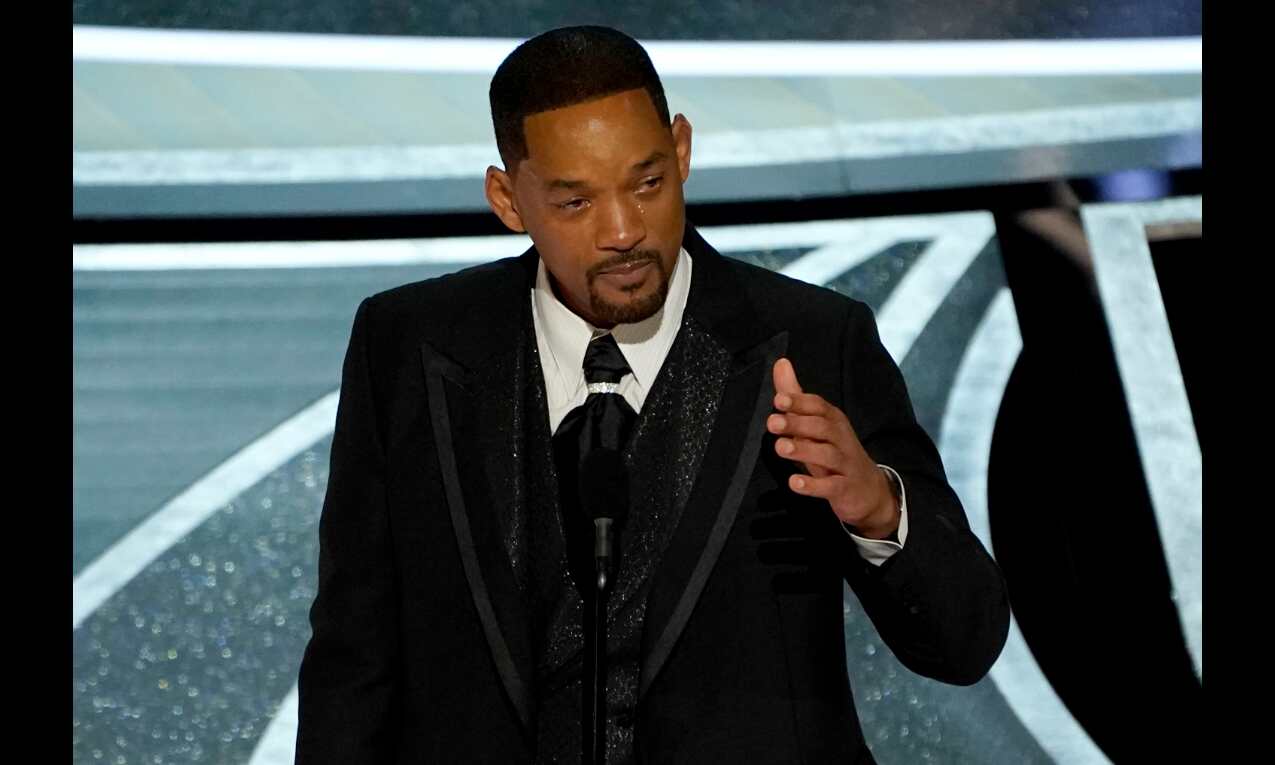 Los Angeles: Will Smith tendered a public apology to Chris Rock a day after slapping him during the Oscars live telecast as the Academy of Motion Picture Arts and Sciences condemned his actions and launched a formal review into the incident.

The Hollywood star, who had smacked the comic after the latter made a joke about his actor-wife Jada Pinkett-Smith during the award ceremony on Sunday, posted a statement on Instagram and admitted that his behaviour on Sunday night was "unacceptable and inexcusable".

He had previously apologised to the Academy and fellow nominees for his misconduct when he took the stage to accept his best actor Oscar for "King Richard", but not to Rock.

In his statement, Smith said violence is "poisonous and destructive" and he was wrong in his behaviour.

"Violence in all of its forms is poisonous and destructive. My behavior at last night's Academy Awards was unacceptable and inexcusable. Jokes at my expense are a part of the job, but a joke about Jada's medical condition was too much for me to bear and I reacted emotionally. I would like to publicly apologize to you, Chris. I was out of line and I was wrong. I am embarrassed and my actions were not indicative of the man I want to be. There is no place for violence in a world of love and kindness," the 53-year-old actor wrote.

During the Oscars ceremony, Rock came on stage to announce the winners of the best documentary feature award and made a tasteless joke at Pinkett-Smith's expense, saying she could star in the sequel to "G.I. Jane" in an apparent reference to her shaved head because of the autoimmune disorder alopecia.

An enraged Smith went up and hit Rock on the face, leaving millions dumbstruck.

Smith alluded to the incident in his acceptance speech, saying "love will make you do crazy things".

In his statement, the actor once again apologised to the Academy, the institution that conducts the awards, along with the event producers, attendees and global audience.

Calling himself "a work in progress", Smith concluded his note by saying, "I would like to apologise to the Williams Family and my King Richard Family. I deeply regret that my behaviour has stained what has been an otherwise gorgeous journey for all of us."

Soon after the Sunday ceremony came to a close, the Academy reacted to the viral incident, saying it does not support "violence of any form".

"The Academy does not condone violence of any form. Tonight, we are delighted to celebrate our 94th Academy Awards winners, who deserve this moment of recognition from their peers and movie lovers around the world," the institution said in a brief statement on Twitter.

The video of the 'slap gate' moment, which is trending on social media along with the names of Smith and Rock as hashtags, received a range of responses from the viewers.

While some said that Smith besmirched his reputation, especially on his victory day as best actor and that he must pay for his actions, others called out Rock for his crass remarks.

However, there was another group that criticised both Smith and Rock, saying neither did the right thing.

According to The Hollywood Reporter, a spokesperson for the Academy said its full board of governors will meet Wednesday night and is expected to discuss the incident.

The decision came hours after the officers of the Academy's board of governors including the president, David Rub and CEO Dawn Hudson convened Monday for an emergency phone call about the incident.

Soon, the Academy issued a statement declaring: "The Academy condemns the actions of Will Smith at last night's show. We have officially started a formal review around the incident and will explore further action and consequences following our Bylaws, Standards of Conduct and California law."

While the revocation of his best actor Oscar is unlikely, Smith is expected to be suspended from his Academy membership.

Smith won the Academy Award for an actor in a leading role category, his maiden golden statuette, for his performance as Richard Williams, father and coach of tennis stars Venus and Serena Williams, in the biopic "King Richard".