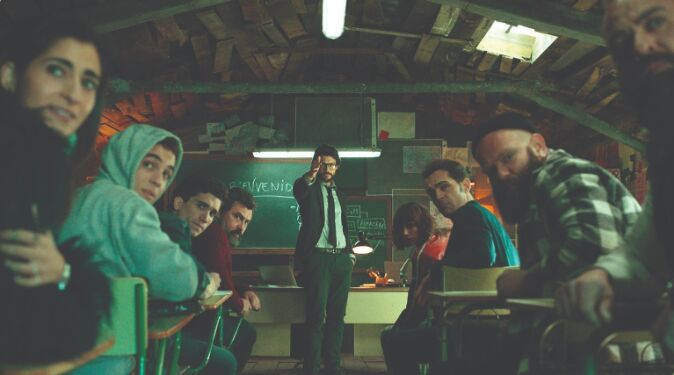 Netflix's 'Money Heist' is no longer just a series but a phenomenon across the world. Even if you are not a crazy-lazy web series fan who loves binge watching on weekends, you must have heard of the show and its characters - Professor, Nairobi and of course our favourite Tokyo. But do you know that this Spanish show, originally titled 'La Casa De Papel' (House of Paper), was initially a failure. During its run-on network 'Antena 3', the ratings plummeted and the show was eventually called off by the maker.

That would have been the end of the story had Netflix not picked it up. The show wasn't promoted at all by the streaming giant and was just kept as it's property. But things began to change when the series' social media numbers skyrocketed. In no time and to everyone's surprise, 'Money Heist' became one of the most watched shows on Netflix. Thereafter, the OTT platform wasted no time in signing a deal with the creators for another season.

The show has been receiving immense love from across the globe and is a big hit today. Those who have seen it knows why, but for the ones who haven't often question it. So we are here to discuss reasons that make 'Money Heist' the most watched show on Netflix.

A bunch of thieves you cannot hate: The crime-thriller revolves around a group of thieves who plan to attack the royal mint and print their own currency. That sounds wrong, isn't it? But the professor, head of the heist, does not feel so. "We are only printing money and not stealing," he says. A conversation between police negotiator Raquel Murillo and Professor clearly states how governments do it all the time in the name of 'Quantitative easing' – a way to increase money supply. You won't find a reason to hate these thieves. Each character (thief) in the show is strong and powerful, flawed but human. After a point, they become heroes for the audience – people who drop money from the sky to help the subalterns, never hurt the captives and are reasonable all the time. There is a relatability factor in them and that's what the audience love the most.

Character build-up: Not many shows actually talk about the characters' background and discuss why they are the way they are. However, 'Money Heist' digs each ones past for the viewers and give a better explain to everything that otherwise might have created a doubt.

The adrenaline rush: When we talk about crime thrillers, some level of fun and excitement is expected. But this show takes everything a notch higher. Every episode is so addictive and fast faced that you cannot help but watch the entire season in one sitting. There is a rush and suspense with love blossoming between the characters every now and then, creating a perfect balance.

The master plan: Professor's plan – to print the money or steal the gold – is fantastic. Every time you think it's a dead end for the thieves, a flashback of professor warning the group in advance and taking precautionary actions change the entire ball game. The plan is so perfect yet believable as if the professor peeped into the future and planned things accordingly.