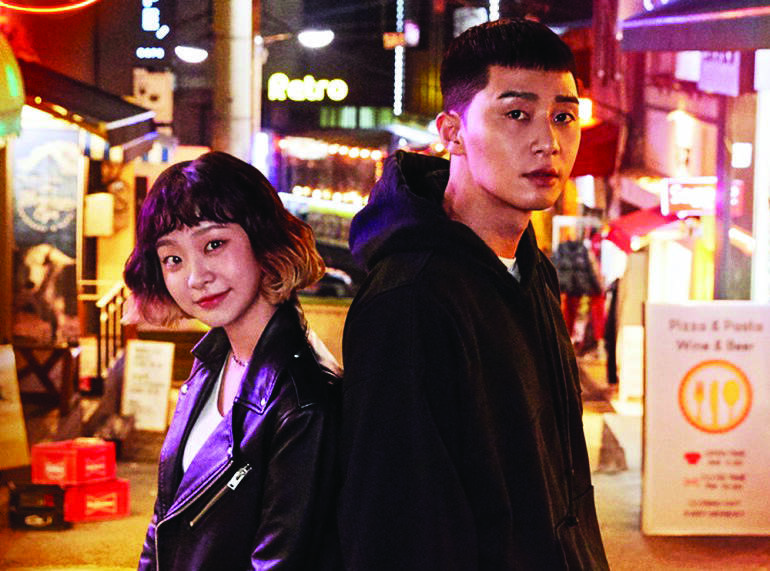 There is a new word fast gaining currency in the entertainment lexicon webtoons. And the Korean industry is showing the way by adapting the digital comics meant to be read on smartphones for its many popular shows, right from office romance 'What's Wrong with Secretary Kim?' to zombie spectacle 'Kingdom'.

The transition of stories from smartphone graphics to small screen OTT Korean dramas or K-dramas as they have come to be known is a trend that started some years ago and is picking up pace now. So, you have zombie shows like 'All of Us Are Dead', underdog story 'Itaewon Class' and military drama 'DP' that are based on webtoons.

While webtoons being translated into dramas is not a recent phenomenon, it is a big trend on the rise in the Korean drama industry, said 'Kross Pictures CEO' and co-founder Hyunwoo Thomas Kim.

The production studio and webtoon publishing company, he said, produced 'The Sound of Your Heart', among the first webtoon-based K-dramas and is now coming up with 'A Business Proposal', also a rom-com based on a webtoon adaptation. It was released in India on 'Netflix' on February 28.

According to Kim, the webtoon art form was born in South Korea around 12 years ago and the local drama industry started adapting them into series only from 2016 to 2017.

Before webtoon, there were 'manhwa' and 'manga' that mean 'comics' in Korean and Japanese, respectively. The Japanese found success by adapting 'manga' into 'anime', a style of film and television animation, of which 'Pokemon' and 'Dragon Ball Z' are the most loved examples.

"Manga in Japan is huge. Subjects vary as per age and interests. To me as a Korean, reading manhwa is nothing unique. It is how I grew up. Now webtoon, this genre for mobile phones, started with the advent of smartphones. A couple of years later, in 2010 or so, the digital form of manhwa, named webtoon, started being popular in Korea," said Kim.

He added, "It is a matter of time that this will also become a trend in India too, particularly in Bollywood and TV."

The first Indian OTT series based on a Korean webtoon will be a rom-com and the deal could be signed as early as next month.

Indian viewers seem to be lapping up the webtoon adaptations.

Like academic counsellor Amanda Rebeiro, who said she fell in love with the fantasy drama-comedy 'Mystic Pop-Up Bar', was curious to find out more about it. The 29-year-old said that it a whole new world opened up when she discovered the show is a webtoon adaptation.

Pop-Up Bar' a lot, so I read the webtoon in order to get more stuff on the story. Also, sometimes when the subtitles aren't translated well in English, you do not understand the feel of the story. Since webtoons are available in English, it makes the experience so much better," said Jaipur-based Rebeiro.

Kim Eun-hee, one of South Korea's most respected writers, developed 'Kingdom', the first 'Netflix' original Korean series, from her webtoon series 'The Kingdom of the Gods', which was drawn by Yang Kyung-il.

Streamer 'Viki Rakuten' too registered a strong presence last year with 'Yumi's Cells', a psychological romance webtoon from 'Naver/Line Webtoon', so much so that it will be back for another chapter.

There are many webtoon shows in the pipeline.

Military drama 'DP', for instance, will return for season two on the streamer.

Adapting a webtoon into a K-drama is a 'no-brainer', said Kross Pictures' Kim, adding that directors love the fact that it offers both script and visualisation.

"In many instances, we not only use the written script, but directors also prefer to use the pictures (from the webtoon to help set up a scene in the drama)," he stated.

Kim, who is also behind India's first webtoon platform 'Kross Komics', said he and his team also ensure they choose only those webtoons that have already proven to be successful.

"When we buy the rights to adapt a certain webtoon, we already know how this webtoon did commercially. If tens of lakhs of people have already read it and liked it, it gives the producer a lot of confidence," he pointed out.

Webtoons are a 'very up-to-date' and 'collaborative' medium of expression, which are generally featured twice a week, Kim added.

Since its production and distribution are quick, the original author is also able to be in touch with the masses' reviews.

"It really helps us understand what the general public is liking. Most of the time webtoons are written twice a week or once a week. A lot of times, authors can check the comments from the previous episodes and incorporate the fans' ideas, likes and dislikes into the next episode. It is highly reflective of the audience's tastes," Kim said.

Rebeiro, who grew up on a steady diet of 'Marvel' and 'DC Comics', prefers webtoons.

"Webtoons give you more fleshed-out characters. Titles like 'My ID is Gangnam Beauty' and 'Extraordinary You' are so much better as a webtoon. In the series format, the actors try to show what the character feels through facial expressions. For me, the shading of the eyes and the tilt of the chin drawn in the webtoon works better in connecting with the emotion," she added.

Webtoon adaptations are on a roll with titles like 'The Sound of Magic', 'Tomorrow' and 'Money Game' already under development.

Comics have long been inspirations for superheroes and fantasy stories. But the world of comics, well that is changing fast in the OTT sector.