'We don't need reference, we are reference' 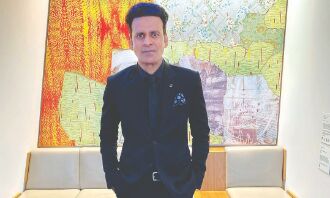 National Award winner Manoj Bajpayee said he did not require any reference point to play the role of Srikant Tiwari in his hit 'Amazon' series 'The Family Man' as he just had to look at his own life or the people around him.

Bajpayee, the star of movies such as 'Satya', 'Shool' and 'Gangs of Wasseypur', has become even more popular countrywide courtesy of the role of Srikant Tiwari, an intelligence officer trying to balance his personal and professional life.

Speaking at a panel discussion on the sidelines of the ongoing 'International Film Festival of India' (IFFI), the actor said as someone who belongs to the country's middle class, he did not have to base the character on some other person.

He added, "They are the people who are travelling in the trains every day at five o'clock in the morning, reaching their offices and then going back to their respective homes. All of them are Srikant Tiwari. They are the references and I have too many experiences. So, leading a middle-class life has helped me in creating Srikant Tiwari."

He was speaking at the panel discussion 'Creating Cult Icons: India's own James Bond (007) with The Family Man' via a video call. His co-star Samantha Ruth Prabhu from 'The Family Man' as well as the show's creators Raj Nidimoru and Krishna DK were present on the ground for the panel.

Bajpayee said the series came to him at a time when he was flooded with offers from various digital platforms, but he was afraid about taking them up as he saw the content being confined to a 'template' on the web.