WB confirms Priyanka to play Sati in 'The Matrix Resurrections' 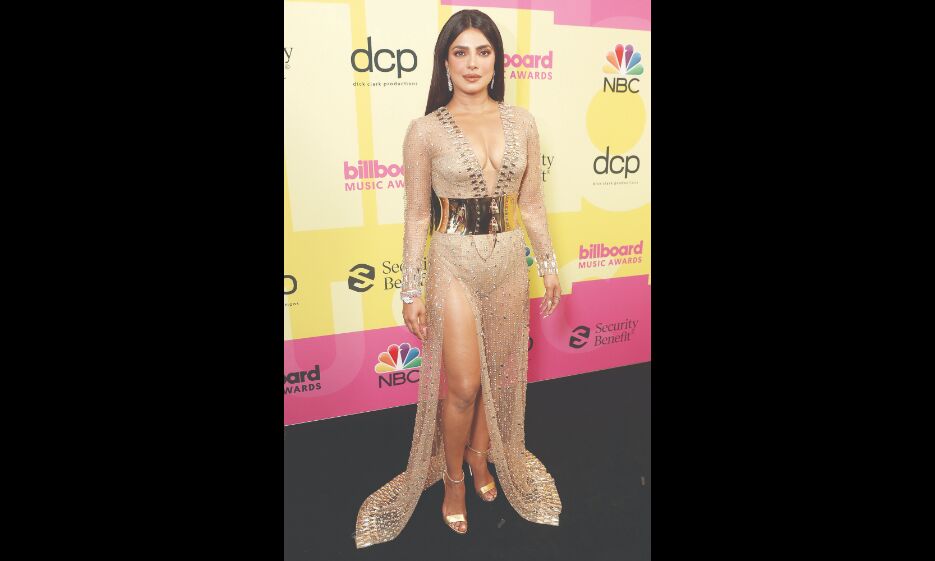 Priyanka Chopra Jonas will essay the role of Sati in 'Warner Bros' upcoming movie 'The Matrix Resurrections'. According to 'Looper', via 'Tribune', Warner Brothers described Sati as 'a young woman with wisdom that belies her years and an ability to see the truth, no matter how murky the waters.'

As the younger Sati was played by Tanveer Atwal, the adult Sati will be essayed by Priyanka Chopra. Sometime back, 'Warner Bros Korea' had revealed posters of the movie with Sati written in the Korean language alongside Chopra Jonas' poster.

'Screenrant' noted that certain pictures released by 'Warner Bros' also give a clearer picture of Priyanka Chopra's character. The pictures were also shared by a fan account on 'Twitter' with fans appreciating the 'Quantico' alum for her outstanding role in the movie.

The new trailer released some time back had also given fans a hint on Priyanka's character. In the trailer, Priyanka uttered one of the most chilling lines, "The most important choice of Neo's life is not his to make."

Sharing on 'Instagram', Priyanka had captioned the trailer with, "Remember what is real."

Directed by Lana Wachowski, 'The Matrix Resurrections' is slated to be released on December 22. The original cast including Keanu Reeves and Carrie-Anne Moss will return to the film in their respective roles, the movie has also added some new actors to the group including Priyanka Chopra Jonas, Jada Pinkett Smith, Jessica Henwick, Christina Ricci,