'Was told to stay quiet about many things for so long' 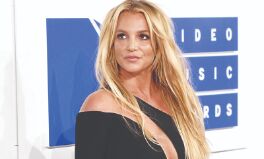 Ever since pop diva Britney Spears gave her testimony in court, support for the singer amid her conservatorship battle increased even more. Through her social media posts, the singer also addressed the things that had bothered her over the years.

She recently even called out the people who claimed to be close to her and shared supportive messages for her on social media platforms for remaining silent for so many years.

In her recent post though, Spears spoke about the reason why she wants to speak out her truth.

Taking to her 'Instagram' handle, Britney implied that she has just started to speak out when it comes to sharing her story.

"So I said 'life goes on' in one of my recent posts, but it is always easier said than done! At that moment, that is what felt I was the easiest to say, but I think we all know that I will never be able to let go and fully move on until I have said all I needed to say and I'm not even close!" wrote the pop icon.

Adding further about why she wants to continue to tell her truth, Britney admitted, "I was told to stay quiet about things for so long and I finally feel like I'm just getting here."

The singer had been under the court-appointed conservatorship of her father Jamie Spears since 2008 and 13 years later, Britney is finally ready to talk about it and fight for it to come to an end.

Spears recently won the right to hire her lawyer and attorney Matthew Rosengart will now be handling her case. The newly-appointed lawyer recently mentioned that his team had been working hard on trying to get the singer's father removed as her conservator.